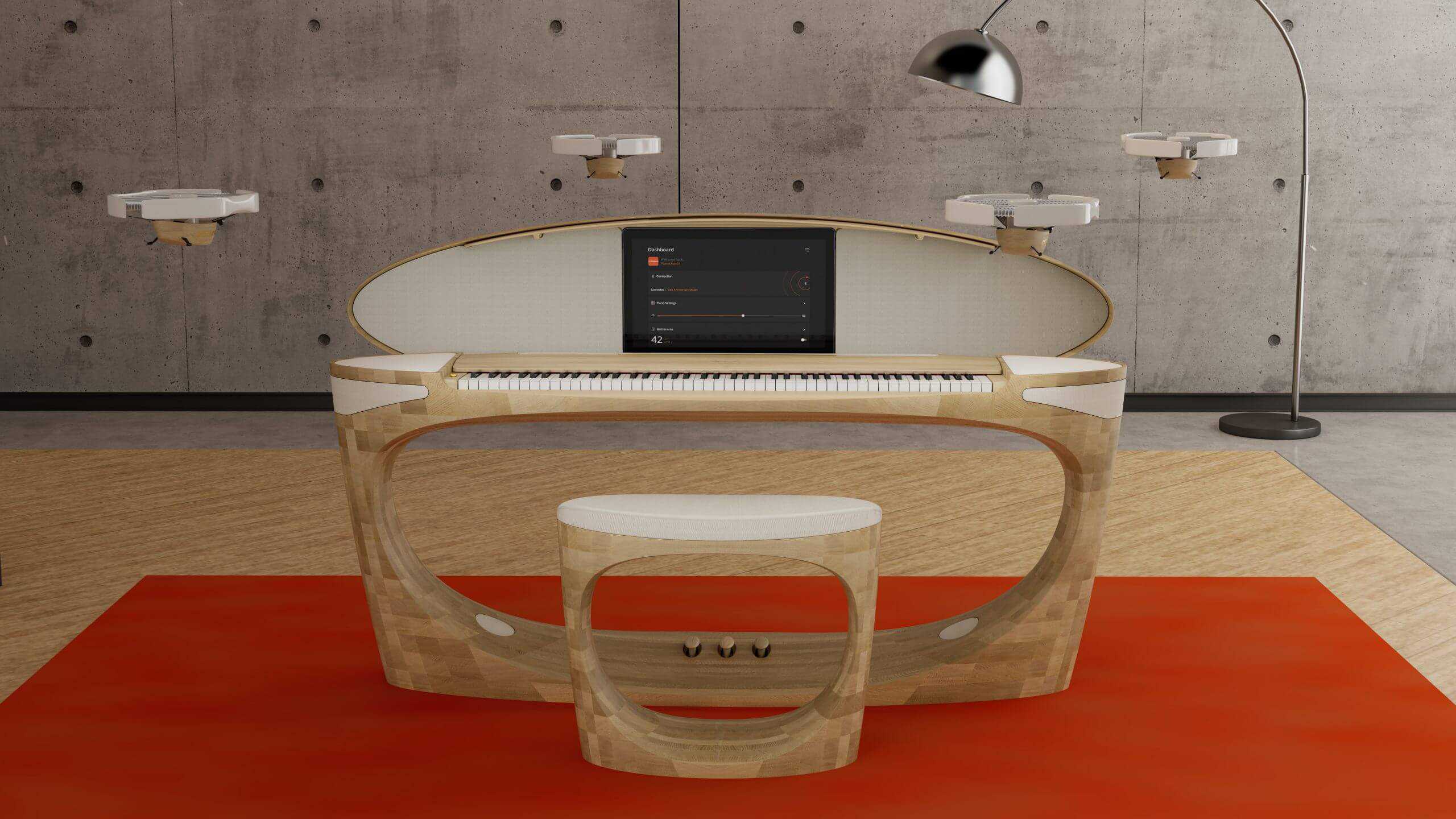 As a global leader in music and pianos, Roland has a storied history of delivering high-quality instruments and is now looking to further expand upon that legacy with  a new concept instrument to celebrate the company’s 50th anniversary.  The announcement and reveal follow up on the company’s most recent concept design, the GPX-F1 Facet Grand piano, which was released back in 2020.

While the GPX-F1 was clearly designed with the look of a grand piano in mind, the 50th Anniversary concept aims to redefine the look and feel of the instrument.  Featuring a beautiful design, it is an upright that is meant to sit in the center of a room as opposed to up against a wall to showcase its rounded body made of Nara oak wood from Hokkaido, Japan.  The beautiful design becomes even more impactful when discovering that all the wood for the project was restricted to unused wood such as laminated scrap, helping ensure that the company met key sustainability goals.

As for the piano itself, Takahiro Murai, General Manager of Roland’s Keyboard Instruments Development Department, discusses the instrument with pride as well as opens up about the advancement in sound, “360-degree speakers make it possible. If you put speakers in any direction, you can create any sound field depending on the settings.”  Not only does the piano emit sound in all directions, making it even more impressive as a centerpiece to a room, but it also features drone speakers, allowing for even more immersive and unique soundscapes.  With four drones, the piano will utilize Bluetooth technology to emit a sound to the floating speakers.

Roland has also ensured that the piano contains a highly interactive touch panel tablet which is embedded into the lid and only visible when open.  The tablet will allow players to support video calls for lessons, streaming tutorials, display sheet music, and even install ZenBeats music creation software to use the piano as a studio hub.

These ideas are just the beginning of this marvelous instrument which is currently being displayed at CES in Las Vegas.  For the full rundown and a glimpse at the incredible features, check out the Roland 50th Anniversary Concept Piano here.