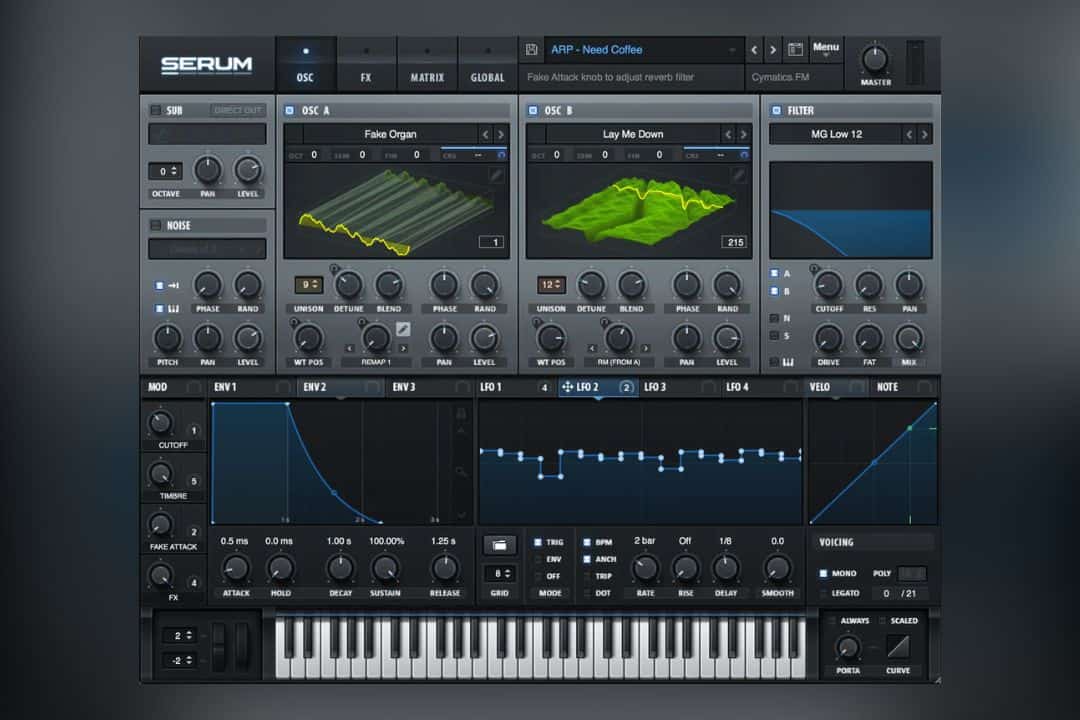 Since its debut in 2014, Steve Duda’s creation Xfer Serum has completely transformed the sound design process. Even after all these years, Serum is still considered as one of the best Synth VST Plugins. It is undoubtedly one of the most popular plugins due to its ease of use and extensive features. There are numerous presets for Xfer Serum on the market, owing to its widespread popularity. And with the Black Friday sales going on in full force we have compiled a list of best black Friday deals on Xfer Serum presets.

Monosounds Studio has one of the best Black Friday deals running at the moment. All their sample packs and instruments are available for just 10$ for a limited time. They have Serum presets for almost every electronic genre. You can find some our handpicked selections down below:

Inspired by the world’s most famous festival Coachella.

Bumpy Guitar Presets for Xfer Serum is something that’s different but still sounds awesome. These Serum Guitar Presets will brighten up your day, or maybe add something more dark and moody.

Colors brings the modern, the future, and the past together with a diverse and inspiring collection of presets.

Creative Serum lead presets is a creative toolkit that is suited for any style of production. Whether you are producing an EDM, Trap, Future Bass, Hip Hop, Pop or R&B song

With the Xfer Serum collection 2022 from Tech House Market you get access to 700+ Serum Presets. All presets are meticulously crafted for today’s Tech House Productions. Each preset offers many possibilities by using the macros. This way you can change the entire sound in an instant. In addition, use the macros to automate them and make them fit perfectly and bring your track to life! Included within are:

70 Presets and 70 Wavetables for Serum

If you’re looking for heavy dubstep and riddim basslines that hit the club dancefloors as well as famous dubstep youtube channels like Dubstep Gutter, than this is the right pack for you!

Drawing inspiration from artists such as Kumarion, Emperor, Black Sun Empire, Mejfus, Noisia, Phace, Spor, Prolix, InsideInfo and The Upbeats to name a few, Neurofunk Serum provides producers with the most sought-after sounds from the genre direct via Serum.