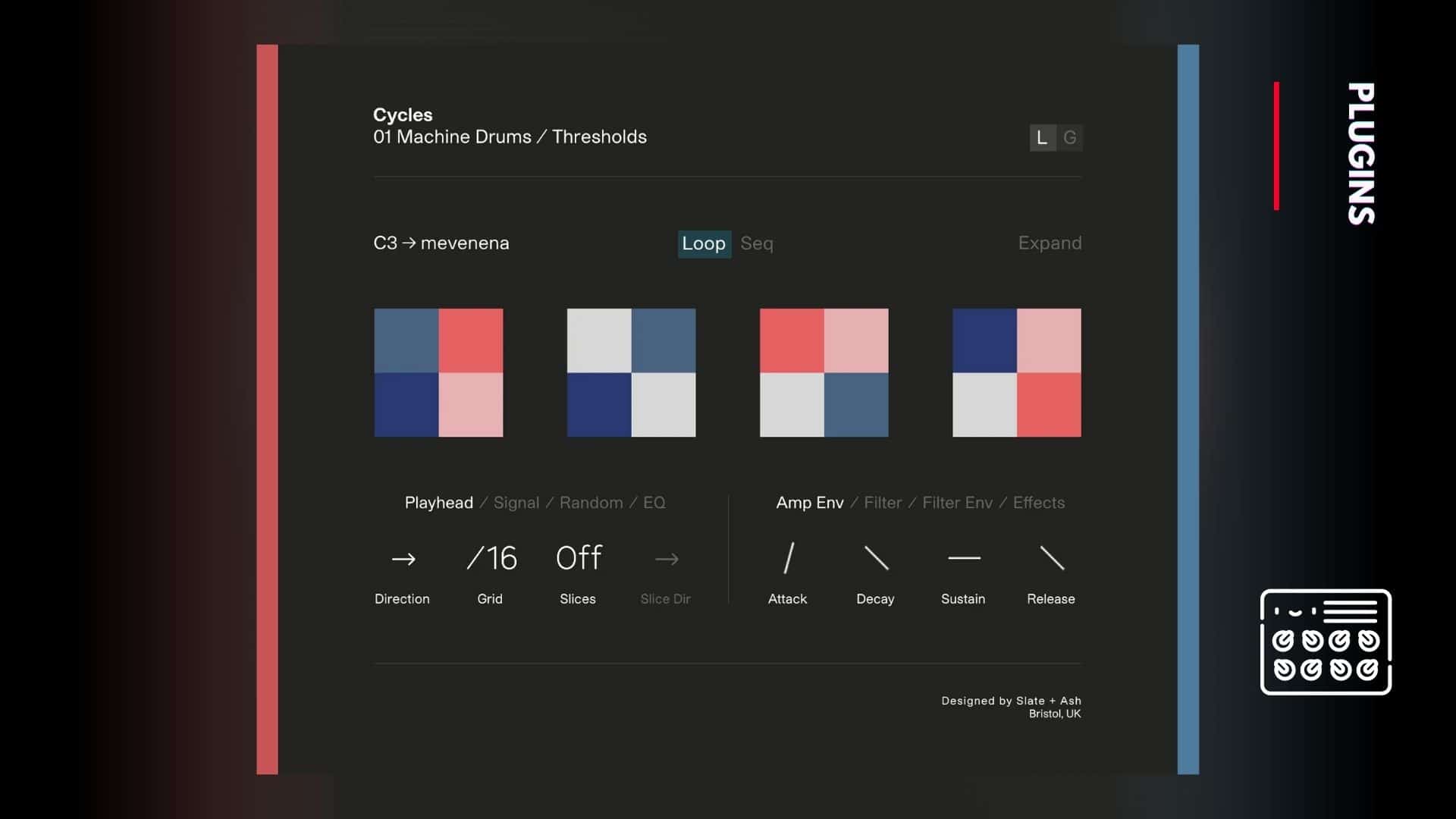 Slate and Ash is quite an underrated and remarkable development company, creating software as well as physical instruments for music production. Their production is mainly focused on the improvement of sound design, where their instruments have been used in movies such as Annihilation and Arrival. They released their 2nd plugin back in 2020 called Cycles after its predecessor Auras. Down below you’ll find a summarized review of Cycles by Slate and Ash.

Slate and Ash teamed up with Native Instruments, as Cycles is not a standalone software instrument. Cycles, for now, can be used only within the Native Instruments Kontakt Player. Upon opening the plugin, you’ll notice that the layout of Cycles has a clear overview containing the most necessary features. The sounds will automatically be assigned to the piano key C3, which can be changed by clicking on it. By hovering over the L or G, top right, and clicking on the + symbol, it will open its loop sources. Choose between several sounds that are listed by basic, ambient, textural, rhythmic, and gestural to get a clear understanding of the capabilities of Cycles. The sounds are very crisp and feel like it is coming straight out of high-end analog gear.

The grains section will operate at a micro-level, slicing every loop into tiny parts and forming them randomly into new textures. The XY section will divide the sound into 4 interactive pads where you can control the grains, window, color, and space, link them to each other, record your mouse movement, or modulate it with LFOs. The sequencer will line its patterns into a two-dimensional grid through non-linear rhythms.

Cycles has a bunch of built-in effects, such as reverb, space, formants, & delay. Connect your external MIDI device with Cycles and control every parameter with your fingertips.  Last but not least, you’ll be able to import your own samples into Cycles. Drag and drop up to 25 samples anywhere on the interface of Cycles and use the grain and loops engines to manipulate them. Creative sampling is one of the most standout features of this plugin.

You can purchase Cycles by Slate and Ash for £225 or get a hold of the bundle including Auras for £325.

See Cycles in action down below: