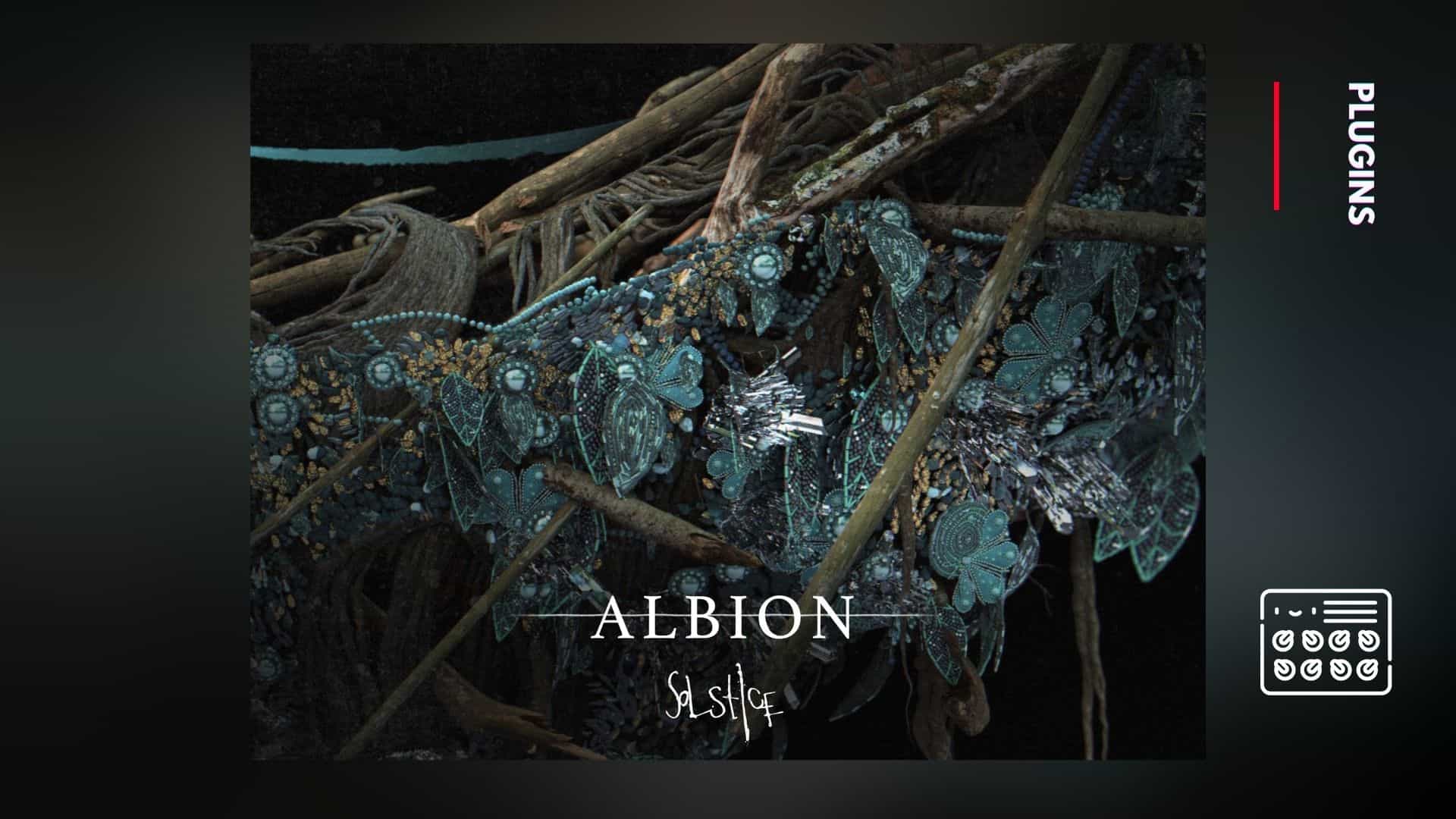 Albion One was one of the most successful Spitfire libraries and now Spitfire has released the second edition continuing the legacy of the old one. The 73 GB library is full of high-quality curated samples that one would desire while creating an epic modern cinematic score. Down below is our review of the newly released Albion Solstice by Spitfire.

Albion Solstice is divide into 3 sections: The Solstice Orchestra, The Cassette Orchestra, & The Drone Grid. All 3 sections perfectly capture the essence of folk and traditional instruments used in the process.

This section further is divided into 10 segments each catering to different parts of the orchestra. The Solstice section contains strings, brass and woodwinds, a choir, percussion, whistles, synths, and guitars recorded with over 235 articulations. You can find the samples in various formats such as single hits, common and alternative techniques, motors (rhythmic performances that sync to your host tempo), evolutions, drones, textures, etc. The ELDR Bass section is the only solo instrument out of the 10. Our favorite pick from the Solstice Orchestra collection was the Generator Trio which contains different emulations of the electric guitar.

Each patch allows you to modify the dynamics, reverb, expression, releases & speed according to your liking. Be it common playing techniques or effects or rhythmic performances the Solstice Orchestra has got you covered. You also get the option of switching between the mic positions to make the sounds more in front or back in the mix. The quality of samples is as organic as it could possibly get and good enough to make any cinematic score outshine.

It is divided into 4 sub-sections:  Classic, Traditional, Band & Visitor. The Visitor subsection contains a vast collection of sounds recorded from some state-of-the-art synths like SOMA Lyra 8, Roland Juno 6, Jupiter 4, and Jupiter 6, Korg MS-20, Moog Prodigy and so many more. Each synth in the Cassette Orchestra is heavily processed through a bunch of analog effects and doubled up for a widescreen stereo effect.

The Drone Grid draws its influence from the characteristic Spitfire Evo Grid engine that you might have seen in various previous Spitfire libraries. You can mix and match various different pieces of the orchestra within the grid. It has everything you need to fuel your creative juices.

The sections on the Evo grid are color-coded according to various different sources such as The Blaggards (Band), The Elders (Strings), The Hosts (Choir), The Callers (Brass & Woodwinds), and others. The randomize all & randomize section function pulls together completely unexpected sounds providing you a new source of inspiration every time you fiddle around with it.

Albion Solstice is one of the flagship libraries of Spitfire and comes in at a steep price of $449. You can currently grab the library for $349 as part of their introductory offer.

Albion Solstice is a massive collection of sounds and it takes time to get the grasp of it properly. The presets will be your best friend at the start until you figure what sounds work the best for your music. The library being a bit expensive we would recommend this only to those music producers who are into producing cinematic scores or incorporate orchestral elements heavily in their production process.

Check out the video review of the library down below.