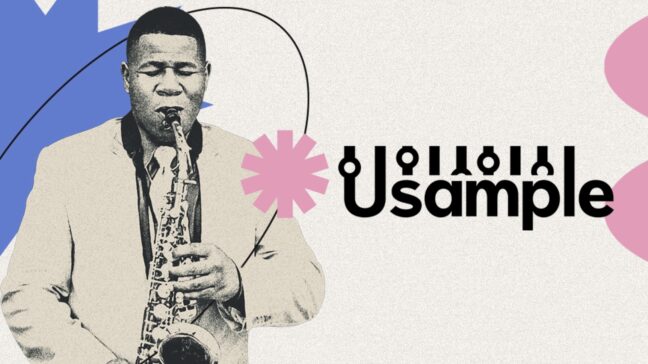 Sample Service websites are now one of the biggest growing markets in the music industry and there is no end in sight. Platforms like BeatStars stated that they have generated 200 million dollars and other platforms like Splice and BandLab also attracted huge investors budgets led by names such as Goldman Sachs.

Usample at the moment has 7000 rare songs which never got digitized till now and after their original pressing. All the music was specifically made for TV or films as library music, but there is a reason you probably did not hear about it. The sample service Usample is exclusively available for artists who are signed to major labels or are affiliated in some way.

To get on the website and use the samples you need to fill in out a form via their website to make sure that you are affiliated with Universal Music. Also, Usample have stated that they own “both the master and publishing rights to all tracks on this site”

In addition, Universal added an AI service on the website to remove different stems from the songs like vocals, drums, instruments, or guitars. Usample has also quite an important emergence because it comes into place when Universal Music Group decided to shut off Spinnup distribution which was a DIY artist distribution service. Universal Music Group’s Usample aims to become a new standard in the sample service world.

Read next: List of plugins currently used by Subtronics