The Chainsmokers – Don’t Let Me Down (ft. Daya)

We all know The Chainsmokers for their viral hit, ‘#Selfie’. The duo propelled themselves to the spotlight in 2014 and have since resorted to melodic gems that have been smashing festivals on the regular. Take their follow up hit Roses for example; the melodic symphony quickly developed from a indie offspring to a pop anthem in a matter of weeks, bombarding music charts across the world.

Drew and Alex did releases a few tunes after Roses but clearly felt the need to follow it up with something spectacular. That piece of spectacularity comes in the form of their latest single, ‘Don’t Let Me Down’.

We don’t need to say much about the track, the music definitely speaks for itself in this case. Watch out for those angelic vocals from Daya.

The duo also shared some ‘fun’ facts with us on their Soundcloud.

So we know we have released a couple tracks since Roses, of which we all love, but we would consider this as our follow up to Roses. We consider this to be our most complete track and just like Roses came together in one session for the most part. We wrote this track with the talented Emily Warren who you might recognize from DLMD and with Scott. The trap sound is a custom sound we made using one of loupvcks soundpacks actually…haha shout out guys! and you can tell we were really feeling the XX vibes when did this and actually had JUST bought the electric guitar we used so we were really feeling it. On top of this all we were lucky enough to have Daya get involved who so talented and did an amazing job on the vocal! Just make sure you stick around till the 3rd drop!

We also just want to say thanks for the ongoing support! We cant believe our 2015 and we know we took a couple months off from releasing music, but we spent it working on so much new stuff so we hope you are ready!

Note from us: We played this as our encore song on our friendzone tour so some of you may recognize it!

FUN REAL FACTS
1) We actually finished this song entirely and our laptop crashed and lost everything. We mean literally everything… so we had to remake the whole thing
2) Alex is the first person to Dab on fallon #dabonfallon
3) We both just moved to LA… its dope
4) Our videographer Sam Kolder has a 10 pack…its weird…
5) For every human on Earth there are 1.6 million ants.
6) The total weight of all those ants, however, is about the same as all the humans.
7)Drew is singing on our next single!

The Chainsmokers are taki...

Social media has grown into something much more than a place to keep in contact with those that you know. People have built whole careers based on their social media presence, and for high-profile celebrities, it can seem like a 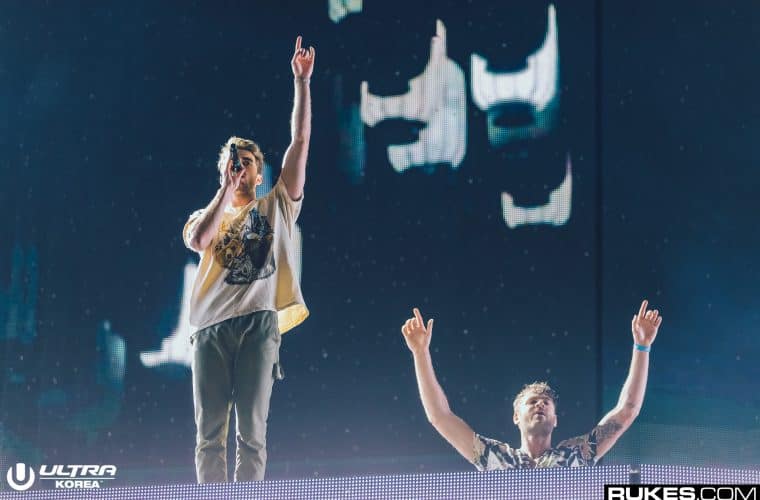 Crafting some of the finest singles which incorporate a pop and electronic feel, The Chainsmoker’s have undoubtedly built their fan base by releasing vibrant and catchy singles for listeners to jam out to all year round. Quickly gaining popularity from

What an amazing start of the year we are having. The gigantic Las Vegas-based nightclub brand Wynn Nightlife has just introduced their brand new residencies for 2020. The line up of acts that will be performing across their three main clubs XS