Monkey Safari is back again with two new blissful tracks entitled 'Gravity' and 'Daka' along with a vocal-less version called 'Gravity Dub' released by Anjunadeep. Monkey Safari, consisting of German brothers Sven Fröhlich & Lars Rühlemann got their start back in 2008 with the launch of their label What!What!Recordswhich debuted their first single 'Saturday Night Fish'.  Inspired by music spanning across 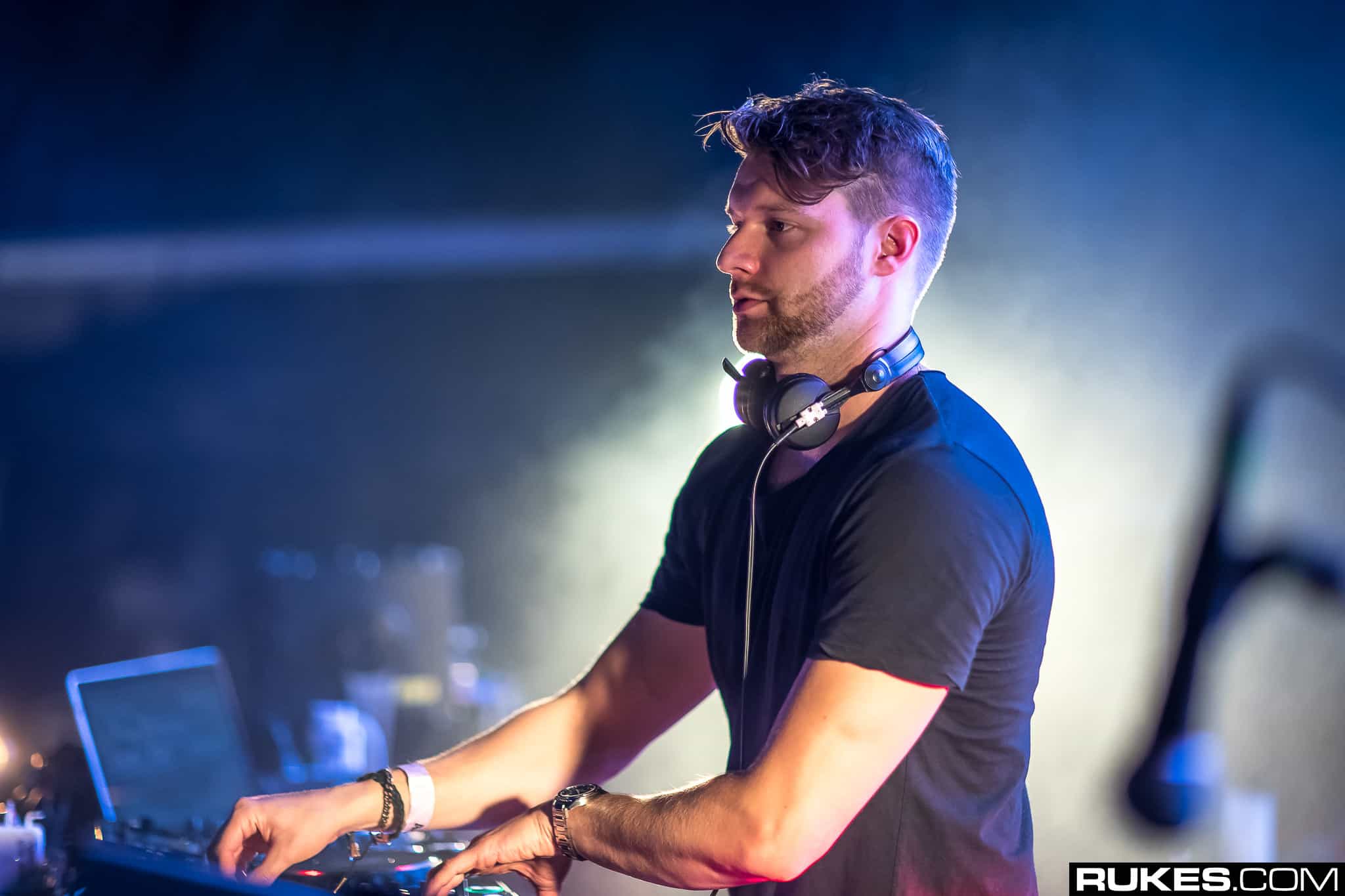 Yotto & Cassian have teamed up to introduce two new hypnotic tracks released via Odd One Out entitled 'Rogue'. After the duo took turns remixing each other's songs within the past year, the pair decided to release 'Rogue', a two-track EP consisting of 'Inter' and 'Grains'. Yotto (real name Otto Yliperttula) has been crushing 2020 with releases as of late. Earlier this

Dutch DJ, record producer and remixer Nick van de Wall, better known as Afrojack, has released a brand new single titled ’10 Years Later’. In doing so, he has donned his lesser-known alias Kapuchon, bringing the moniker back to life. It will also be the artist’s first release of a single under the imprint of Kapuchon Records. ’10 Years Later’ is

What happens when two legends of house music come together? Something spectacular, certainly. Chris Lake, the tech house prodigy, and Armand Van Helden, the secret weapon of house music, pair up for a four-track EP entitled 'The Answer'. This huge announcement was made by Chris on his social media. A single bringing these two artists together would be incredible, but

The extremely talented British producer Trader has been a part of the electronic music scene in London for more than 5 years now. Having tried his hand at different genres throughout his career, he has evolved a lot as a producer with some interesting releases on the renowned YouTube-based music platform Ninety9Lives. After spending a lot of time in the

Patrick Topping returns to his TRICK imprint to release new single 'New Reality', out now! The popular Geordie producer, affectionately known to fans as 'Patty T', has been making huge waves in his native United Kingdom over the past half-decade thanks to the most Shazam'ed track of 2014 in Ibiza, 'Forget', and 2017's massive tech-house whopper, 'Be Sharp, Say Nowt'.

By this point, the name MK (Marc Kinchen) certainly needs no introduction. But such is the legendary impact the Detroit-born producer has had on the scene, we'll give him one anyway! Best known for his warm piano-based house style, MK's production career spans the best part of two decades. But after dipping his toes into the worlds of R&B and

Oliver Heldens has been on an incredible run of late, with headline releases including 'Details' with Boy Matthews (RCA), 'Rave Machine' with Rowetta (Toolroom Records) and 'Break This Habit' with Kiko Bun (Heldeep Records) all enjoying universal praise. Massive remixes for Justin Timberlake & SZA as well as Katy Perry plus Hi-LO singles 'Zeus' (Mau5trap) and 'Kronos' on Octopus have further contributed to his prolific body of work over the last six months. Now, Oliver's back with another majestic track titled 'Somebody', teaming up with Norwegian artist and Heldeep mainstay Funkin

DubVision return to Martin Garrix’s STMPD label with the epic ‘Like This’: Listen

Following their remix of Martin Garrix's 'Higher Ground', DubVision have released another energetic track, this time in the form of 'Like This'; a captivating blend of classic DubVision progressive house mixed with elements from modern tech house. The track features a vocal loop, huge buildup snares, and a drop revolving around a bouncy bassline and massive sawtooth drop sirens. It solidifies 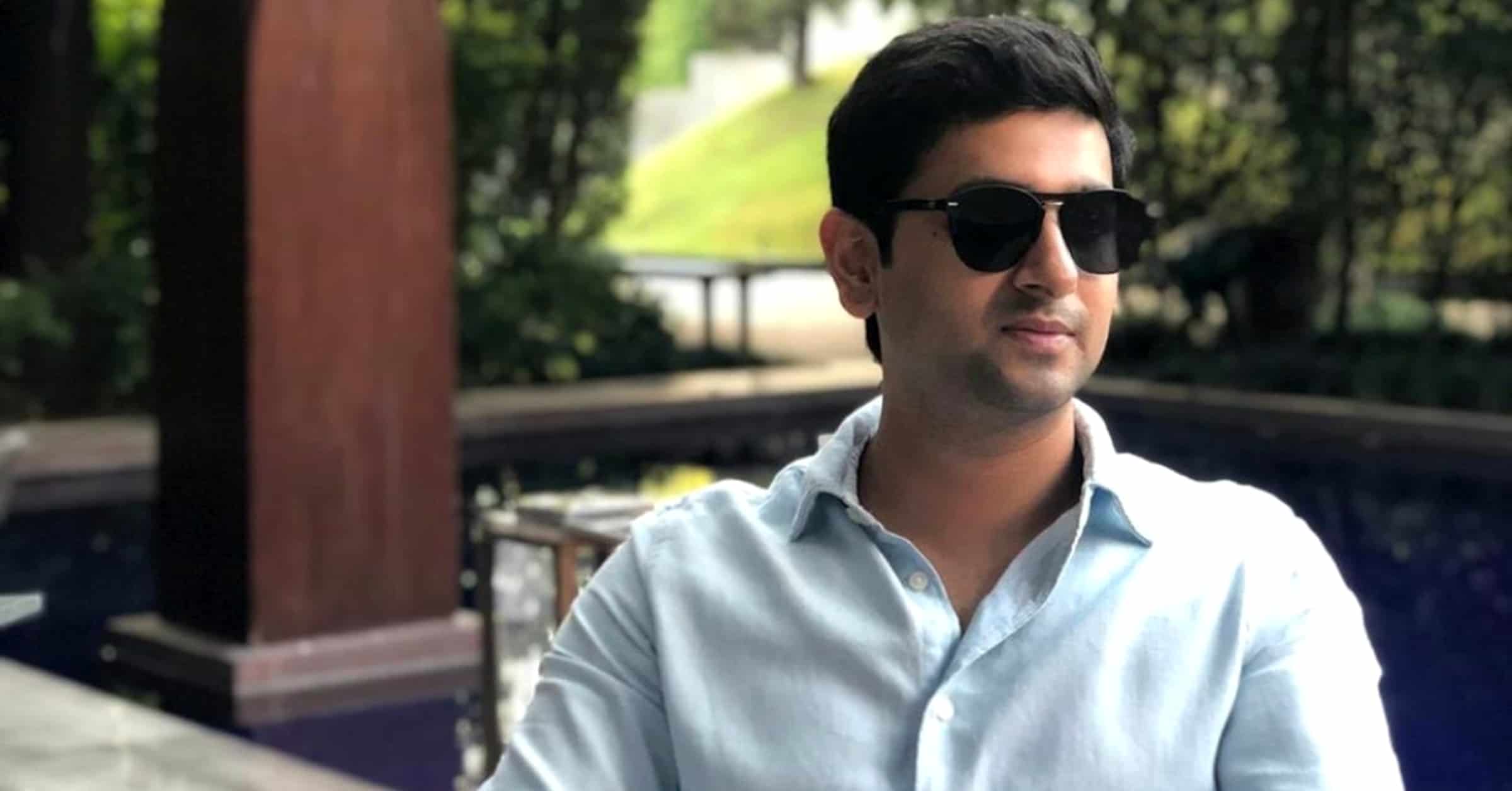 Klipr revives the tech house vibes with his latest single ‘Get Close’: Listen

Incredibly talented artist Klipr has been quite impressive in the past few months, and he has raised the bar of quality even higher with his 6-track long EP titled Lockdown. The hard work and dedication that goes into making each track is finally starting to pay off for the artist as it has given his music a noticeably intimate sound, 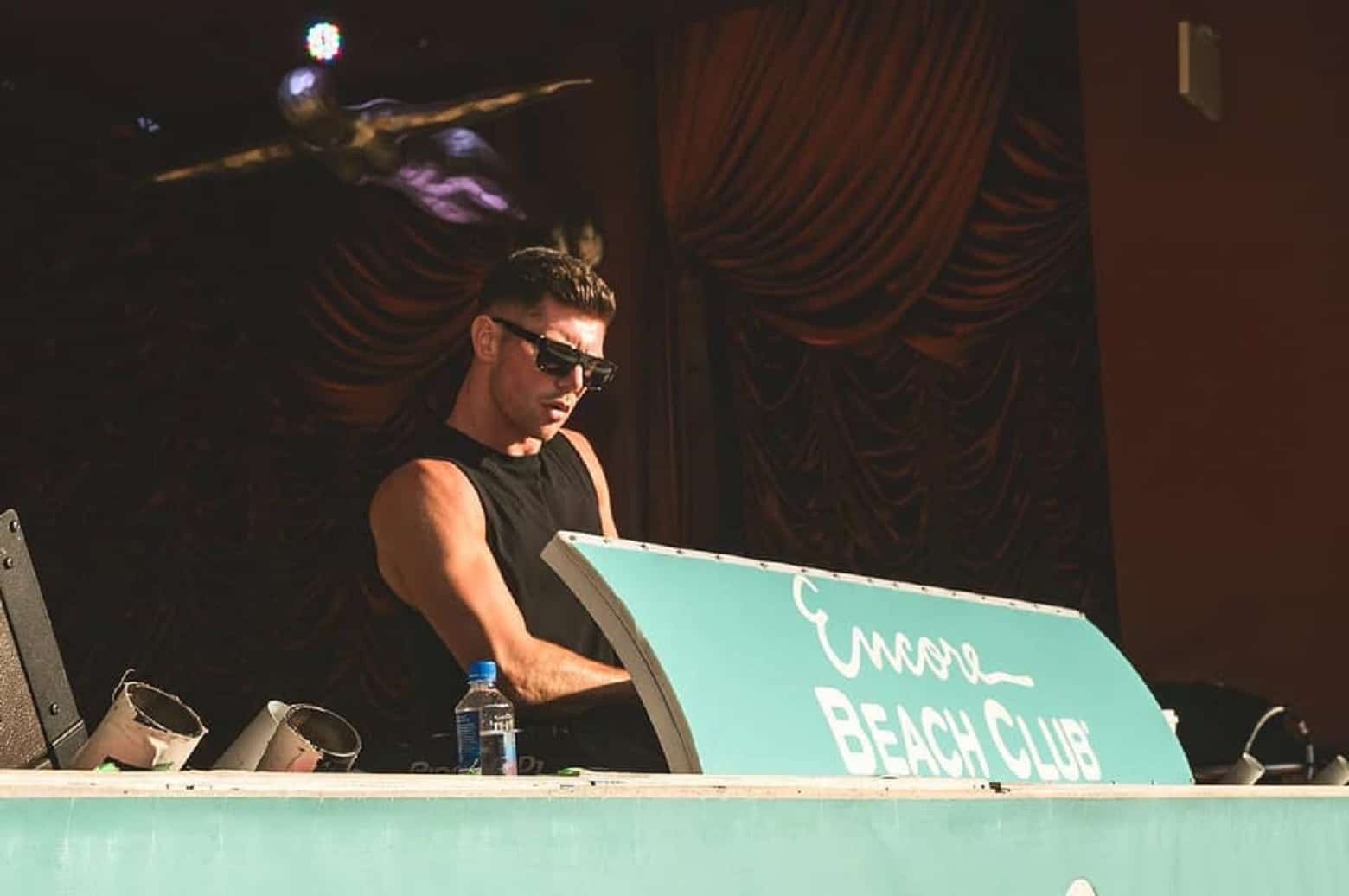 Kidd Ross returns with hot new tech-house banger ‘Everybody Get Down’: Listen

The Manchester-based artist Kidd Ross never fails to amaze us all with his extremely versatile tunes. Having already worked on genres like deep house, drum and bass, big room, and progressive house, he has assembled an incredible discography over the years that defines his quality and characteristics as a music producer, including his previous single 'Intoxicated' which has made quite big 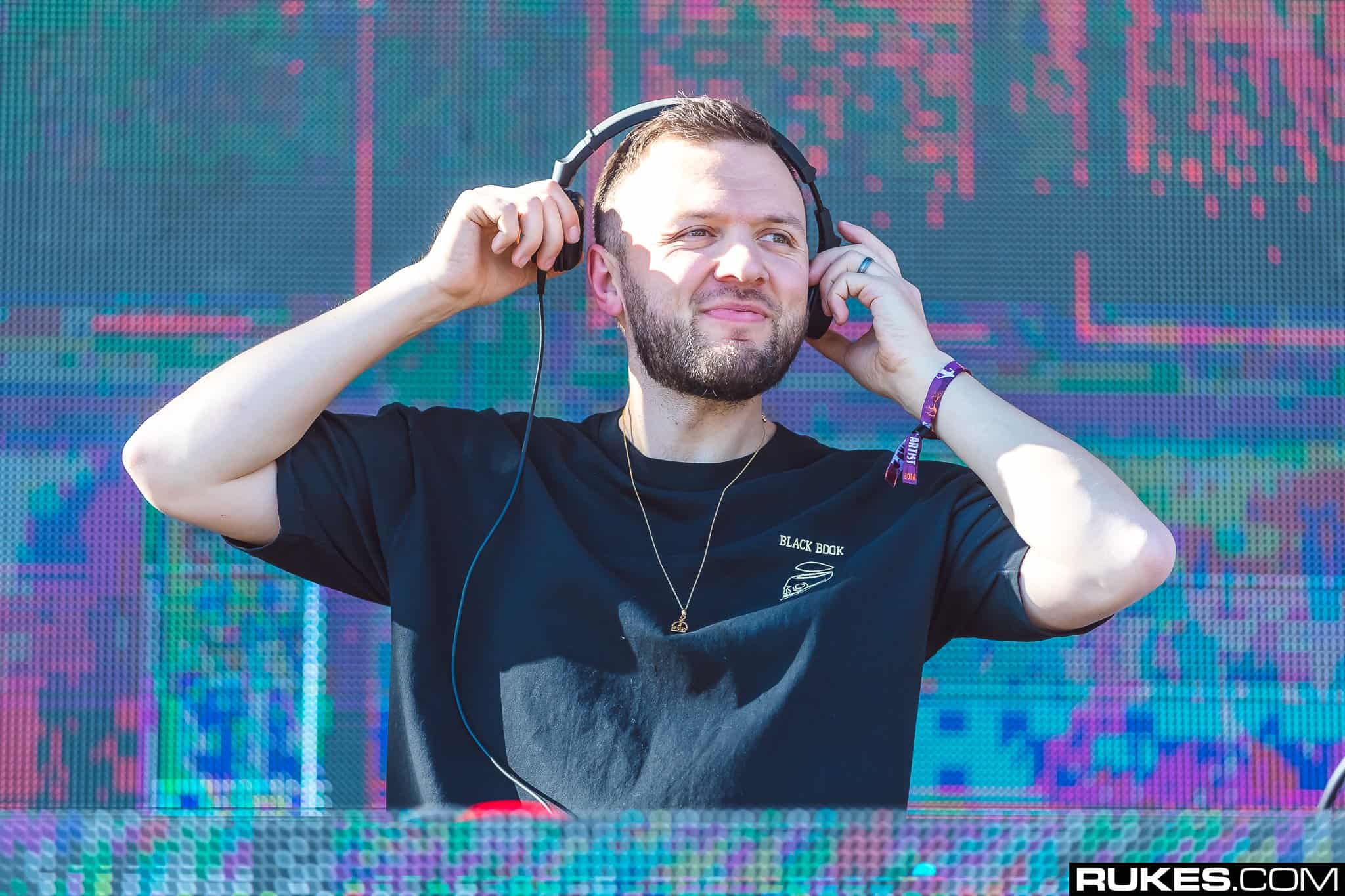 When it comes to tech-house there's few quite on the same level as Chris Lake. His recent single 'I Remember' would likely have been one of the stand-out tracks of both the summer festival and Ibiza season - if we'd had one - and now he's unveiled his latest work: a remix of Josement's 'All Night Alone'. While technically labelled as

French legend David Guetta has new stuff coming out. This time, he has remixed the summer mega track from the British DJ and producer Joel Corry and Grammy-nominated artist MNEK, 'Head & Heart' under his underground alias Jack Back. This iconic track, which has received a massive positive response from fans, is definitely one of the bangers of the summer. 'Head & Heart' is just entering now

Diamanté Anthony Blackmon who is also referred to as Carnage is an inspiration to many around the world. After growing up in Guatemala and coming to America at 10-years-old knowing very little English, Carnage has evolved to become a globally recognized producer with an ability to explore several different genres including hip-hop, festival trap, and even house music. Gaining the respect

The electronic music scene in Israel has developed quite rapidly in the past few years, where artists like Or Shalom have had a huge role to play through their awe-inspiring productions and live acts. Having started out with his DJing career at the age of 15 and signed at the renowned Final Drum, the Tel-Aviv based artist has gained quite