German DJ/Producer Boys Noize has certainly etched his own sound into the electronic dance music soundscape. Enjoying his biggest year to date in 2016, his globe-trotting schedule was accompanied with his fourth studio album, ‘Mayday in May‘.

Formally known as Alex Ridha, his status as a pulsating contributor to the lesser-known side of the scene is vital to the diversity, depth and encompassing character of the genre. Greatly appreciated for his testing creations, the accompanying graphic and light design to his performances have his loyal fan base eagerly returning.

Compiling a reflection on last year, the ‘YEAR OF MAYDAY’ video also previews a special edition of his popular “Starchild” track. A live edit, the darker and club-based ‘Reprise’ version is undoubtedly going to take to fans fancy of the upcoming ‘Mayday Remixxx‘ album.

Collaborating with the likes of Bon Iver‘s Justin Vernon and touring North-America back in October, the studio and touring momentum from the back end of last year have led to the recent announcement of Boyz Noize European tour. Headlining over a dozen tracks, the ‘Warehaus Tour 2017‘, his unique personality and set sounds are destined for the renowned underground scene’s of London, Glasgow and Berlin amongst others.

Check out the recap video and special version of “Starchild” below, as well as the tour dates that kick off on 27th January! 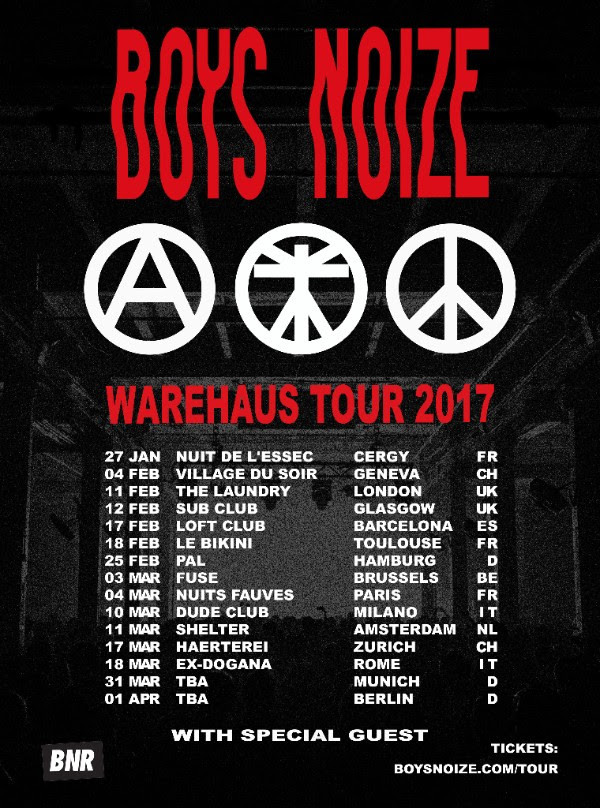