Described as “a particularly exuberant new track” by Blackbook and music news Idolator confirming it’s “another certified banger“, there is no doubt that Swedish masterminds Galantis have cooked up something special in the studio and their new production is earning plenty of attention. Perhaps even more so, not only has the electronic duo Christian Karlsson and Linus Eklöw dropped a new track for their constantly growing fanbase, they’ve enlisted the help of American pop band One Republic and gifted us all with a scintillating collaboration. Releasing their new track titled ‘Bones‘ on Big Beat Records, get ready to add this one straight to the top of your playlists.

In true Galantis fashion, ‘Bones‘ is uplifting from the onset and carries an energetic character throughout. With an undeniable charm, the vocals from One Republic lead singer Ryan Tedder retain both warmth and welcoming vibes as the beat drives a true summer feeling tone underneath. Enticing you in to feel the rhythms and grooves, the zesty nature of ‘Bones‘ well get you up on your feet and dancing no matter where you are.

Galantis and One Republic invite their viewers to immerse in the stunning music video for the track which sees bodies transform into skeletons remarkably fantasy world. Directed by Spencer Hord, the video directer shared:

“We wanted to do something conceptually simple, but visually challenging. The goal was to create a literal representation of “Bones” with 3D animation and merge these CG assets with a moody amusement park environment to create a surreal mixed-reality narrative. We shot the live action plates at Castle Park in Riverside – a small theme park in Southern California I grew up attending for various grade-school birthday parties. The location was much better than I remembered, and the production process became a nostalgic experience, to say the least.”

Feel the groove and listen to Bones below. 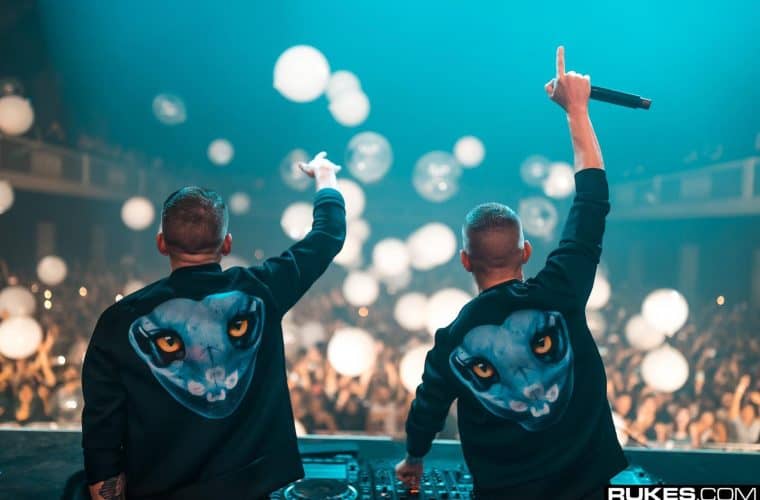 Only a few weeks after their latest release 'The Lake' with collaborator Wrabel, Galantis are back with a new piano house track, titled 'I Fly'. The track was released as part of Atlantic Records' 'SCOOB! THE ALBUM', which accompanies Warner Bros. Pictures and Warner Animation Group's new animated Scooby Doo film, 'SCOOB!'. Teaming up with Canadian-Moroccan singer Faouzia, the track is a piano-driven, feel-good anthem. Featuring

After teasing his global fan base with a massive tracklist for his upcoming release of Golden Hour, Kygo really is building the anticipation for all of us. Consistently providing us something to look forward to during quarantine, this multi-talented artist has released uplifing collaborations such as 'Freedom' to brighten up the room through his tropical house signature featuring soothing vocals from Zak Abel.

International superstars Galantis join forces with singer/songwriter Wrabel for an anthemic new single 'The Lake' on Big Beat records. Galantis released their third studio album 'Church' earlier this year, introducing their audience to a unique perspective. One of the singles from the album called 'Faith' features country legend Dolly Parton and Dutch singer/songwriter Mr. Probz. 'Faith' reached #1 on the Billboard