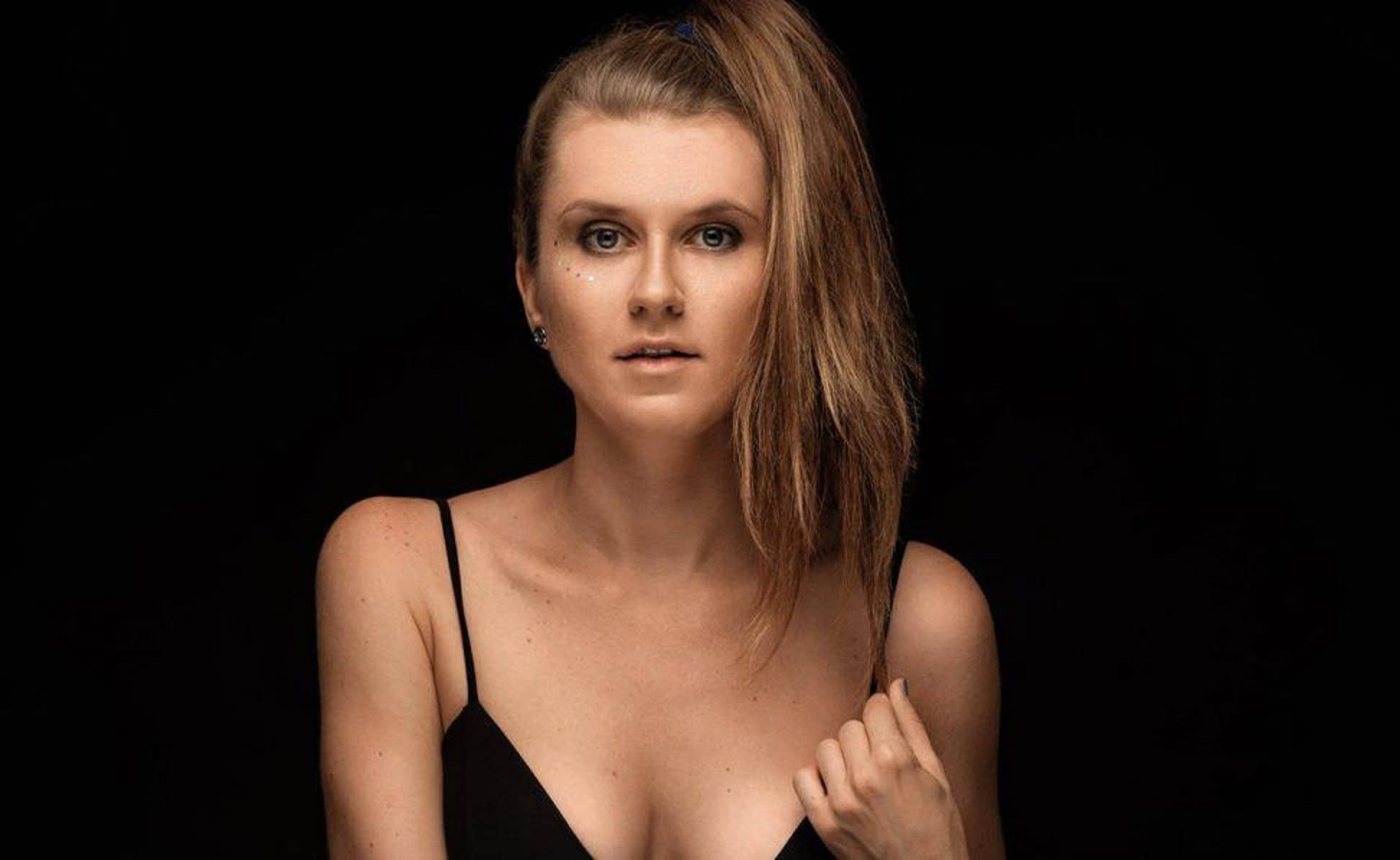 Known as one of the leading female producers around right now, Reality Test is climbing faster and faster up the ladder of musical success. Real name Nica Iliuhin, the Russian born star discovered music production at the young age of 17, and just a year later she was already playing shows to crowds under the name Iliuchina but it wasn’t until she moved to Berlin and explored other outlets that the moniker Reality Test was born. She’s been supported by the likes of Armin van Buuren, and Alteza Records eventually signed her. Following her successes, we caught up with her to talk about her career, the influences that drive the Reality Test sound and her plans for this year.

I discovered psytrance when I was only 16, I found myself in a festival in Israel and heard the artist Eskimo live, and fall in love with the genre. At my 17 birthday, my parents gave me money for my driver licence, I took the money and payed for private lessons for production, and I couldn’t stop. I never finished high school because I was stuck in my little home studio. My breaking point when I turned 17 was that I never wanted to be dependent on anyone, I’m not the kind of person who can sit in an office and work for someone else at something I don’t like. All my life I kind of did what ever I wanted to do, in my way. And I was lucky enough to find my passion at early age. Btw, 13 years after, I still don’t have my driver licence. I had for 10 years a more underground Psytrance project called “Iliuchina”. It was my baby. I made a bucket list for the project, and at age 24 while living in Germany, I managed to finish this bucket list – worked with every producer I wanted, played in every country I wanted etc.. I was sitting in my little room in Berlin one night, and thinking – whats next? I didn’t see any new place to evolve with this project. That day I started Reality test. I decided to go to a world in music where there are no limits. That was also the years when Vini Vici just started and showed the scene that it’s possible to break the limits in our little scene. I was inspired.

Musically I think from the beginning was Infected Mushroom and Eskimo. I was inspired that they do it their way and the music was always unique. I remember being in a party and hearing a track been played by some DJ, I was so inspired, and had to find that track. Back in the day when E-mule was still a thing, I downloaded over 3000 tracks, and listened to each and one until I found the right one. It was an unreleased live version of the track ‘Suliman’ from infected mushroom. Personally – Blastoyz, we are friends for over 13 years. We been there for each other in literally all the steps. He inspired me to work hard. He is like a machine, never lazy about his dreams, and always creating. Until today every time I’m with him I learn something new, he doesn’t even know that… maybe now he will.

Take us back to one of your releases. What inspired your release ‘Karma’? What was your vision going into that production/collaboration?

I worked on few releases with Shanti People, and we become very close to each other, I even traveled to Ukraine to spend time with them and get more connected to Uma (the singer). I always thought that they deserve more, and I wanted to make this collaboration with Vini vici with them, so it can open also doors for the band. Uma not only sings in Hindu, but she lives the full lifestyle, it’s her whole life. The word she is repeating in the song in “Jivhana” – meaning – Life. Music is our life and to create this song was also a life changing experience for me. It took us a year to complete the track, as we are all busy, and that’s a good thing of course. But when we finished it the feeling of satisfaction was endless.

What made you decide to become part of Alteza Records? How has your career changed since joining?

There is many successful labels today, but for my style of music I believed that Alteza fits my music the most. I know Vini Vici for many years, and from the first time we met they always showed me they believe in me. I think the most important thing is to be in a home where you will fight for it and he will fight for you. My career went only up since I joined, as well as my motivation. I feel the full freedom to create what ever I want. Best achievement for the label as I see it now is the label party around the world, that give us artists the stage to play in places we would usually not play, and to evolve the scene in new locations. Also the Alteza stage in Tomorrowland, its a big step for the scene and for the artists as well.

How has working closely to Vini Vici helped you develop as an artist?

Vini Vici as I said before inspired me to Dream big, and to do it my way. They didn’t change the rules, they just made new ones, if you know what I mean. They showed me with their success that I can dream big and never change and adjust myself for success. While working on our collaboration with Shanti People – ‘Karma’, I learned so much, from production to management. It’s inspiring to work with them. 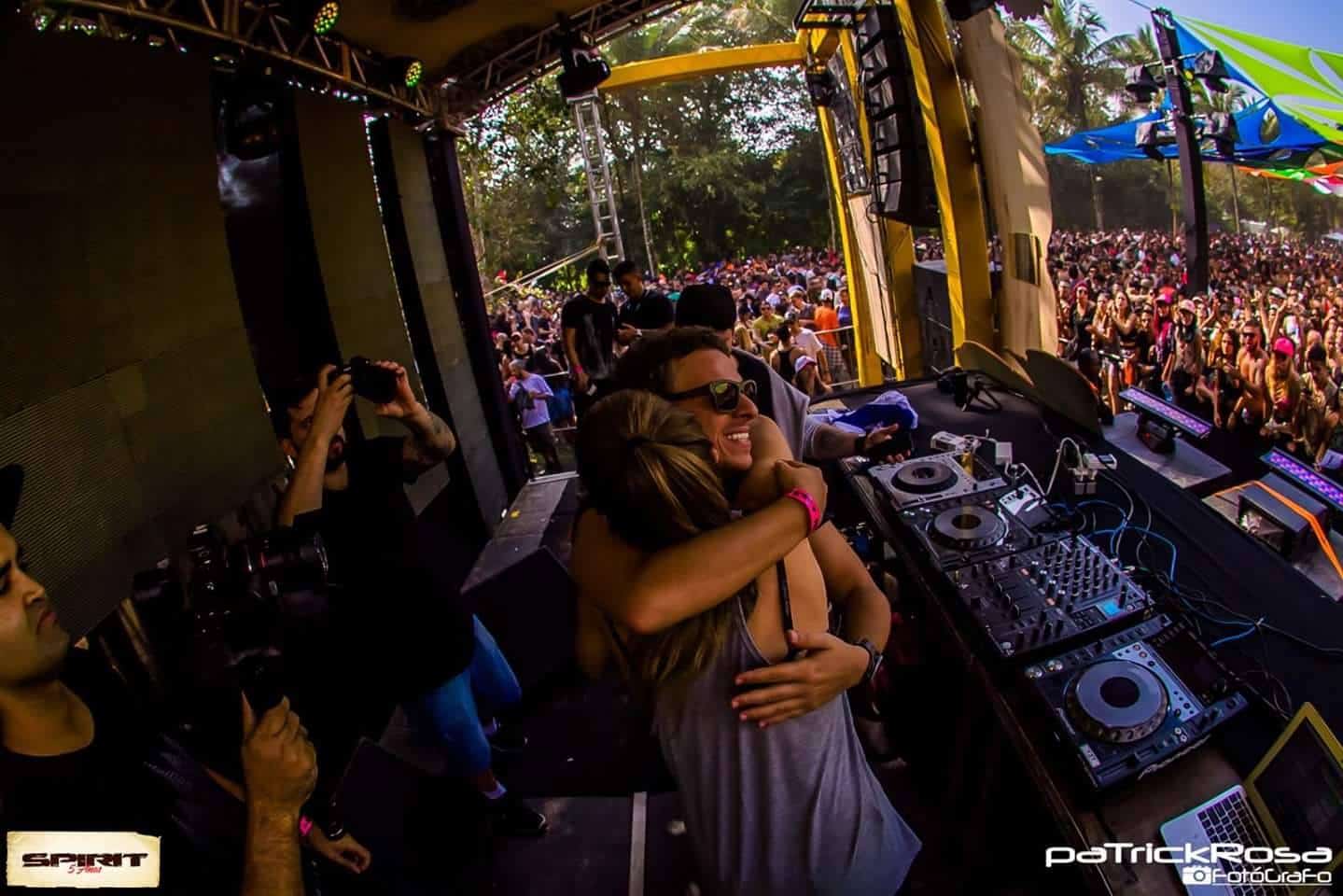 How do you feel about the rise in popularity of psytrance? How do you see the psytrance movement evolving in the future?

Psytrance is not a dirty word any more. And that’s already a massive achievement. Slowly you can see artists from different massive scenes producing psytrance, when some years back they didn’t want even to hear it. I think one of the reasons is that the psytrance genres evolved and the music splits to so many sub genres, and it speaks to more people at the same time. It’s massive for our scene. The psytrance artists get really good spots in big festivals and have the chance to spread it even more to people who never heard it. I feel proud to be in the scene during this legendary time. As I see it, it will just continue to grow, probably in couple of years we will see more than 1 act on the Tomorrowland main stage.

What does 2020 hold in store? Any hints or clues that we could get about future productions and collaborations? Interesting gigs in the pipeline?

I feel like 2019 was a preview to whats gonna be in 2020. I have upcoming collaborations with big artists from different genres. I try to take my music to new directions also, I kind of evolved last year in my point of view, and I try to bring it out with my production. As for the shows, this year I’m starting my journey in USA in the biggest events, and of course coming back to Tomorrowland to Alteza stage and few new destinations.

To keep up with what Reality Test has in store for 2020, visit her Facebook page here, where you can find all upcoming gigs and releases.