Regarded by many as the ‘godfather of EDM’, Tiësto has become a guaranteed name on all the biggest festival line-ups during the past 20 years. The trance titan, turned pop producer, still sits at the summit of the industry as one of the figureheads of the electronic scene, but now, Tiësto has confirmed that he won’t be playing at Ultra Music Festival in Miami this year.

Having featured on every UMF line-up since 2006, the news comes as quite a shock, with Tiësto famed for his sunset performances in Florida, where he even debuted new records such as ‘WOW‘ and ‘Grapevine’ during his 2018 set. After playing at Virginia Keys in 2019, it has widely been expected that the ClubLife maestro would return this year, with UMF returning to the festival’s spiritual home of Bayfront Park. But now, Tiësto has confirmed the news on Instagram, telling a fan that he won’t be in attendance at this year’s party.

The Musical Freedom star’s absence is only his second non-appearance at the festival since 2002, so it remains unknown as to why Ultra chose not to book him this year, especially when previous budgets have allowed the event to fork out for hugely expensive acts, such as the iconic Swedish House Mafia comeback two years ago. 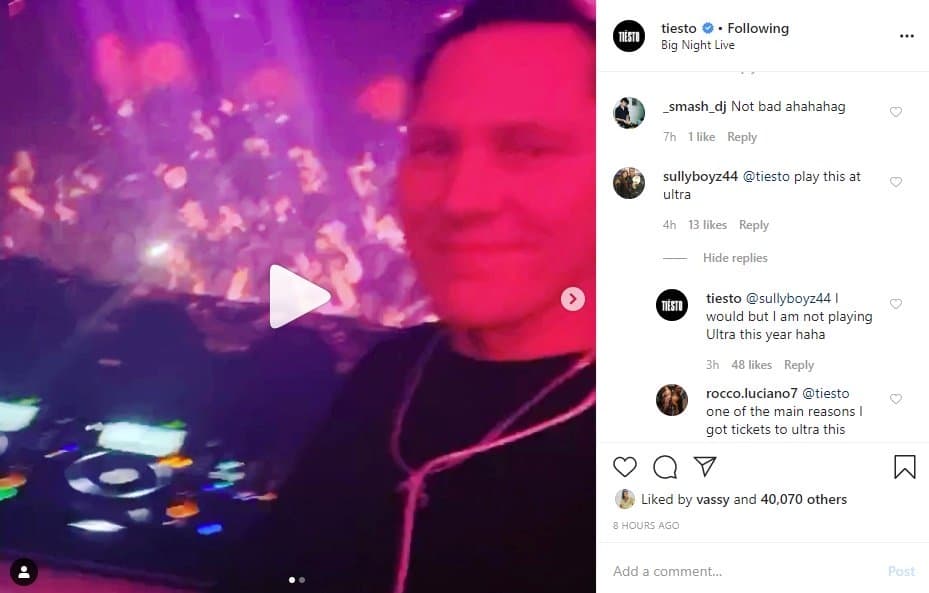