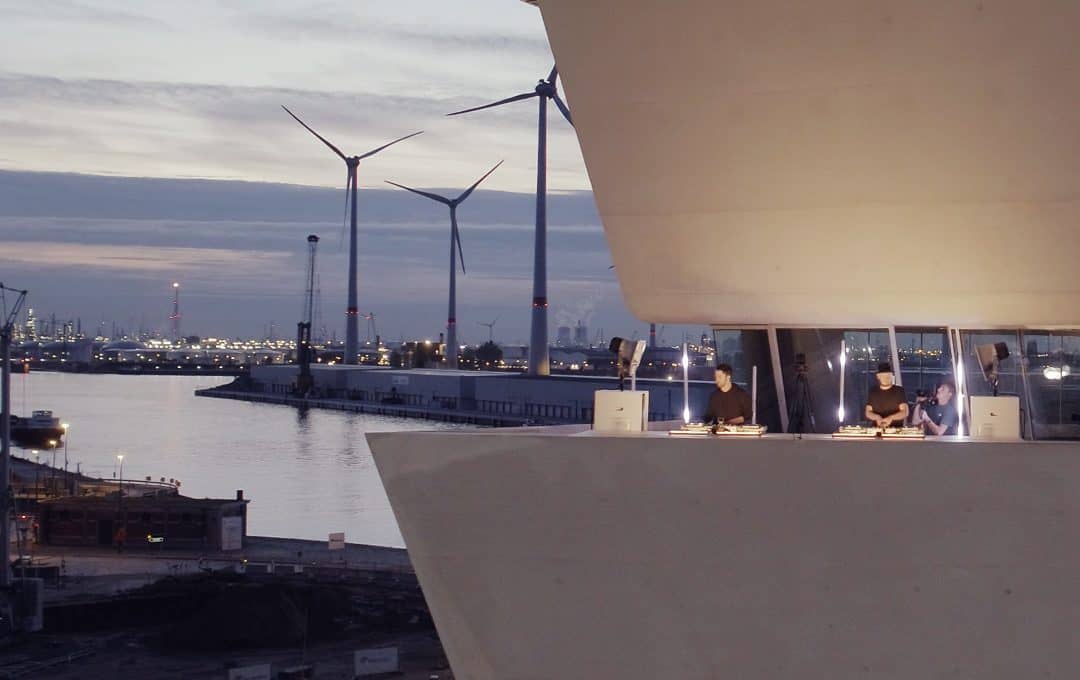 Belgian DJs and producers D’Angello & Francis have dropped an astonishing 2-hour set from the iconic Port of Antwerp. Without a doubt, this one has become one of the hottest livestreams of the summer so far with plenty of great tracks and ‘future rave’ IDs.
The two members of the Smash The House family have been locked up in the studio for a long time and in fact they still are due to the Belgian COVID-19 regulations. However, they have made the most out of it by delivering an amazing set live from their lovely hometown. D’Angello & Francis have taken this unique opportunity to show the world the city where the pair grew up in from one of the most iconic spots of the city; the Port House. Surrounded by the sea and wind generators, the drones have captured pics and footage of this truly architectural masterpiece at the perfect sunset time.
During the livestream, D’Angello & Francis  played a wide variety of their hit tracks but also included a notable amount of IDs, which the duo likes to call future rave. In their own words, the Belgian artists stated the following:

“We already introduced this new musical direction last summer, during Tomorrowland 2019, where we added some Rave-influenced tracks to our set and launched our merchandise brand SaveTheRave’. Now, during Covid-19, we have so much new ID’s ready in this style! For us it’s the next generation of music you’ll hear on the mainstages”

To kick things off, D’Angello & Francis had a secret track they premiered for the first time. It was an upcoming collaboration with the Dutch trance god Armin van Buuren called ‘Que Pasa‘, which is expected to be released at the end of the summer.
Relive D’Angello & Francis incredible Antwerp live performance through the livestream below: