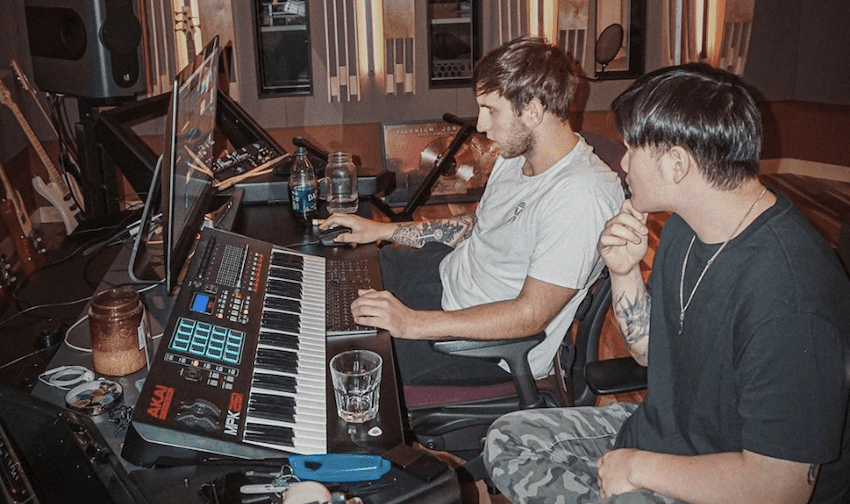 In recent years ILLENIUM becomes one of the most leading acts in the bass music industry with already released three huge studio albums – Ashes (2016), Awake (2017) and Ascend (2019). He is a world-class master in creating melodic bass sounds which emotionally could hit every piece of the human soul, whether you’re experiencing his live show or listening to his productions at home, doing a workout, or even taking shower. We realize that his tunes are a huge inspiration for many up-and-coming producers, so we decided to prepare a list of 10 plugins used by ILLENIUM in recent productions.

MASSIVE gives your tracks a solid foundation with the creamiest, punchiest basses and contains over 1300 sounds, all crafted by leading artists and sound designers. Razor-sharp leads cut through the mix even with grit and dirt piled high. Its sound synthesis is based on a unique Wave Scanning algorithm, implemented in three parallel oscillator modules. It combines the highest sonic quality with the utmost flexibility and controllability. MASSIVE does come with a lot of options and thus requires a complete understanding of the knobs and setting to make the most of it. Here’s an interesting course that goes through every detail and will help you in achieving a high-quality unique sound.

Sylenth1 is a virtual analog VSTi synthesizer that takes the definitions of quality and performance to a higher level and is by far one of the most used VST plugins in the history of electronic music. Sylenth1 is not just another synth. It was built from a producer’s point of view, to produce superior quality sound and music and to perform. Also, here are some amazing presets for Sylenth and future bass loops to help you achieve a solid illenium like sound.

KONTAKT is the industry standard sampled instrument platform, chosen by top instrument developers the world over. Its powerful feature set offers unmatched creativity for developers, with cutting-edge sampling tools and effects modules, modular architecture, and advanced scripting, allowing everything from super-accurate recreations of real-world instruments, to original standalone instruments, complete with features like built-in sequencing.ILLENIUM uses a lot of strings in his track to add that emotional character. There are tons of kontakt libraries out there however these are some of our top picks for achieving those lush guitars and strings.

Introduction of the latest KONTAKT’s version:

This plugin is the flagship synthesizer of Spectrasonics – an instrument of extraordinary power and versatility. Omnisphere is the only software synth in the world to offer a Hardware Synth Integration feature. This remarkable innovation transforms over 65 well-known hardware synthesizers into extensive hands-on controllers that unlock VST’s newly expanded synthesis capabilities. Almost forgot… Omnisphere includes over 14 000 sounds! ILLENIUM’s tracks are full of cinematic soundscapes, textures, and sounds that make his songs really stand out. If you are aiming for a similar sound you should definitely have a hands-on some of the best Omnisphere cinematic soundscapes here.

Omnisphere from Spectrasonics in action:

Producer, composer, and artist, BT has done it all — from pioneering dance tracks and scoring The Fast and the Furious, to writing & producing for Sting, Peter Gabriel and David Bowie. Together with Spitfire Audio, BT has combined over 20GB of his own personal bespoke libraries into a convolution synthesis engine. Contains more than 2000 unique sounds and over 650 presets.

ILLENIUM also working a lot on his productions using plugins like:

There are tons of other plugins that he utilizes and the list keeps on updating however these were some of his core most used plugins.