Stephane Bonan of the 90s supergroup Superfunk has passed away. The Frenchman, who helped pioneer the Marseille-based act’s sound and identity, was recently confirmed dead after battling a disease for some time. Met with an outpouring of emotion from adoring fans, the group also took to Facebook to announce Stephane’s passing.

(Translated from French) the group released a statement saying:

“Our brother and partner Stéphane B., musician, producer, DJ and co-founder de Superfunk died yesterday after five months of fighting the disease. The band is now orphaned by its joie de vivre, its talent to inspire people who have personally and professionally surrounded him during these hectic years. Years we spent together working on our common projects, manage great successes and small disappointments, achieve hold up on international music and enjoy life with, always, sound that binds us in the background. Our thoughts go first to his family and relatives. Rest In Peace, Stephane. If our roads have sometimes separated to better find us, our destinies are bound forever. You’re our Lucky star, forever…Superfunk”

Bonan & Superfunk, who rose to prominence in the 90s, quickly became one of the biggest names in the electronic music scene and etched their names in European music folklore with the release of their single ‘Lucky Star’. The track reached #1 in Belgium, as well #3 in France. Despite this, numbers and statistics don’t do this song justice, as its cult-following and influence on European music culture is immeasurable. 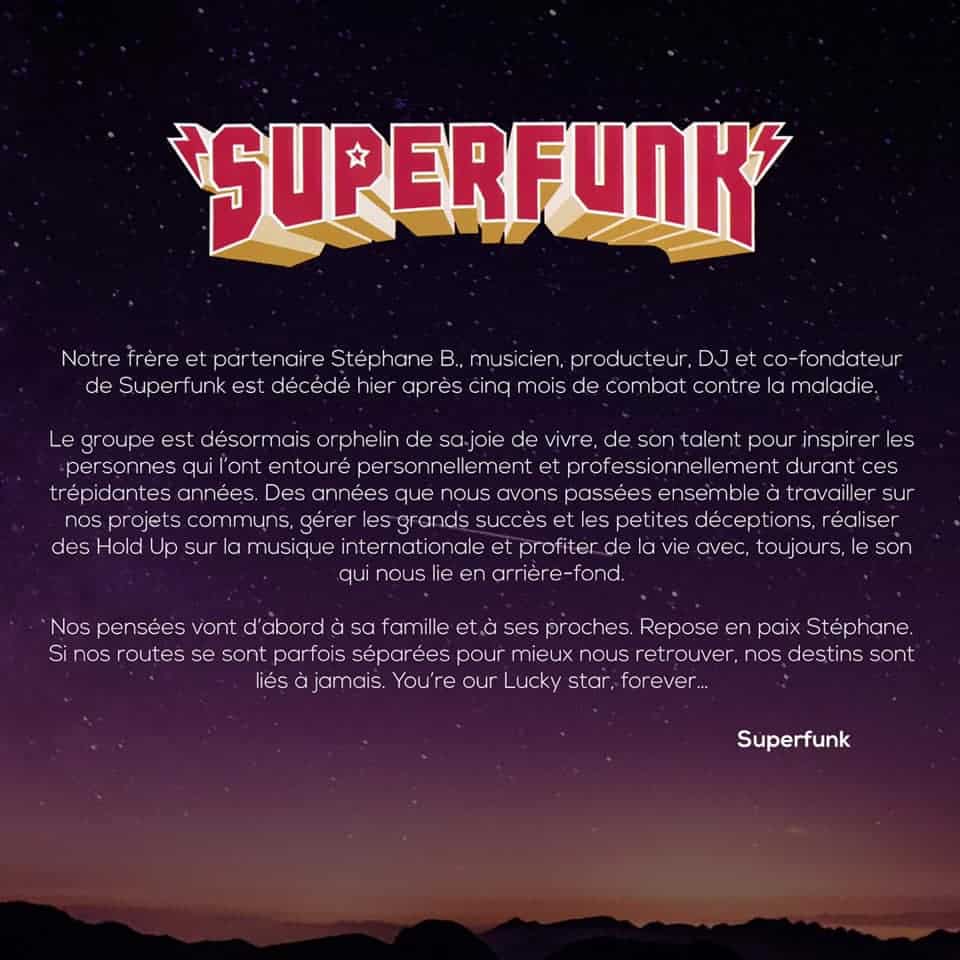