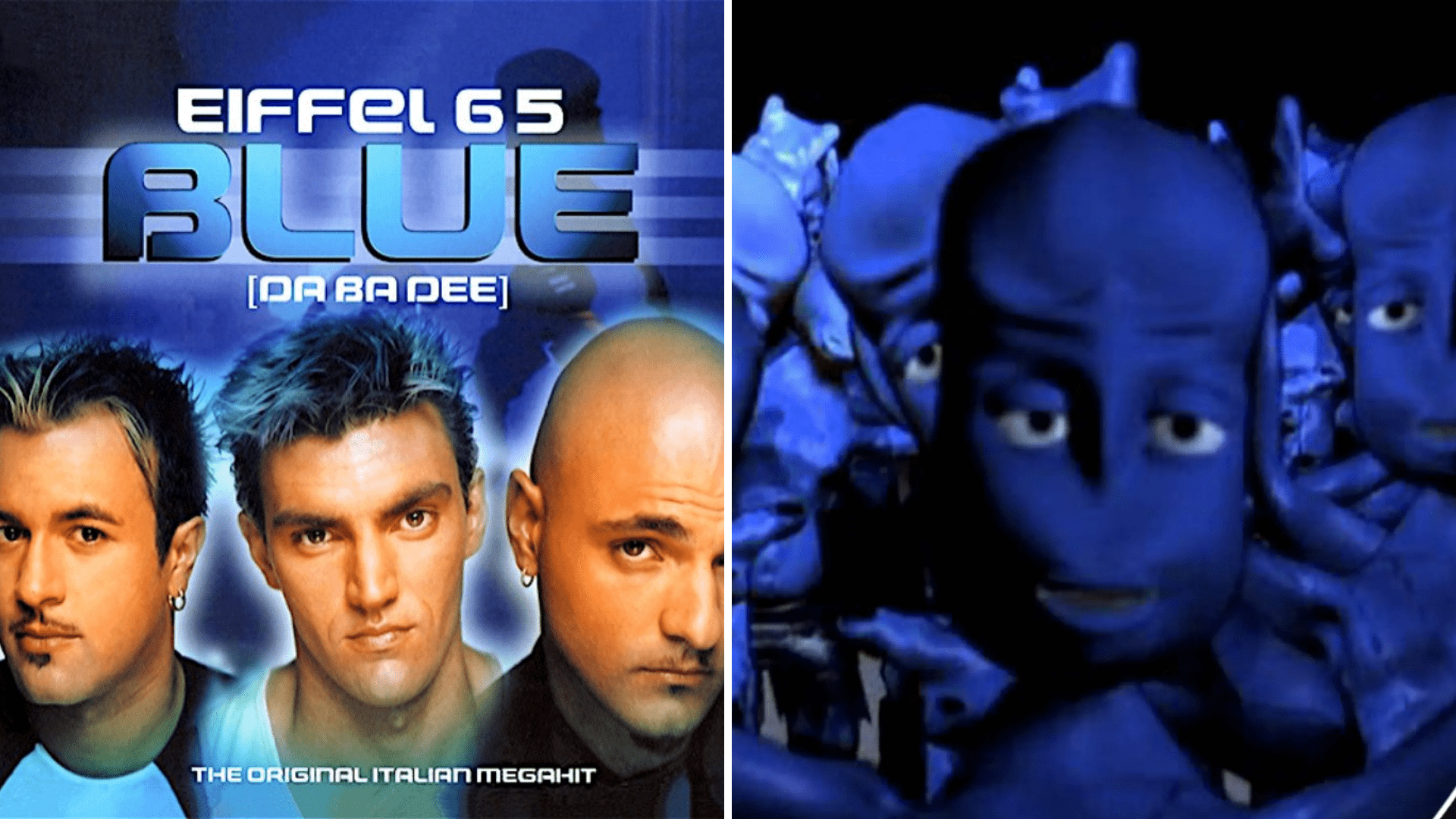 It might just be the most iconic one-hit wonder of all time… We are, of course, referring to Eiffel 65 classic ‘Blue (Da Ba Dee)’, which was released on this day in 1998. Having spent a year surging through mainland Europe, the track reached number one in various charts around the world, including: Ireland, Netherlands, France, Sweden, Switzerland, Spain, Portugal, Canada, the United Arab Emirates, Russia, New Zealand, Israel, Lebanon, Finland, Norway, Belgium, Australia, Austria, Greece, Germany, and Hungary, as well as reaching number six on the Billboard Hot 100 in the United States in January 2000. However, it was almost a full year later when the Euro-pop banger entered the United Kingdom dance music scene, with the song initially entering the top 40 purely on import sales! It was only the third single to do this at the time, and later received a Grammy Award nomination for Best Dance Recording at the 2001 Grammy Awards, two years after it was released.

With the release being accompanied by a very cool computer-generated official video, filled with the adventures of a bright blue main protagonist, Eiffel 65 suddenly became a household name and in all honesty, it was a level of fame which the Italian trio have since failed to replicate. Despite this, there can be no doubting that ‘Blue’ played an instrumental part in bringing more dance music-based tones to the mainstream, with the commercial and daytime radio scenes opening this one with welcoming arms. Proving a cult hit, the track was also elevated to new levels when Chelsea Football Club supporters started to regularly sing the song on the terraces at matches, due to the club’s nickname ‘The Blues’. Now celebrating a 22nd birthday, you can relive this Eiffel 65 classic below, and if you know where the guys are now, or what they’re up to, please let us know by getting in touch on our socials!