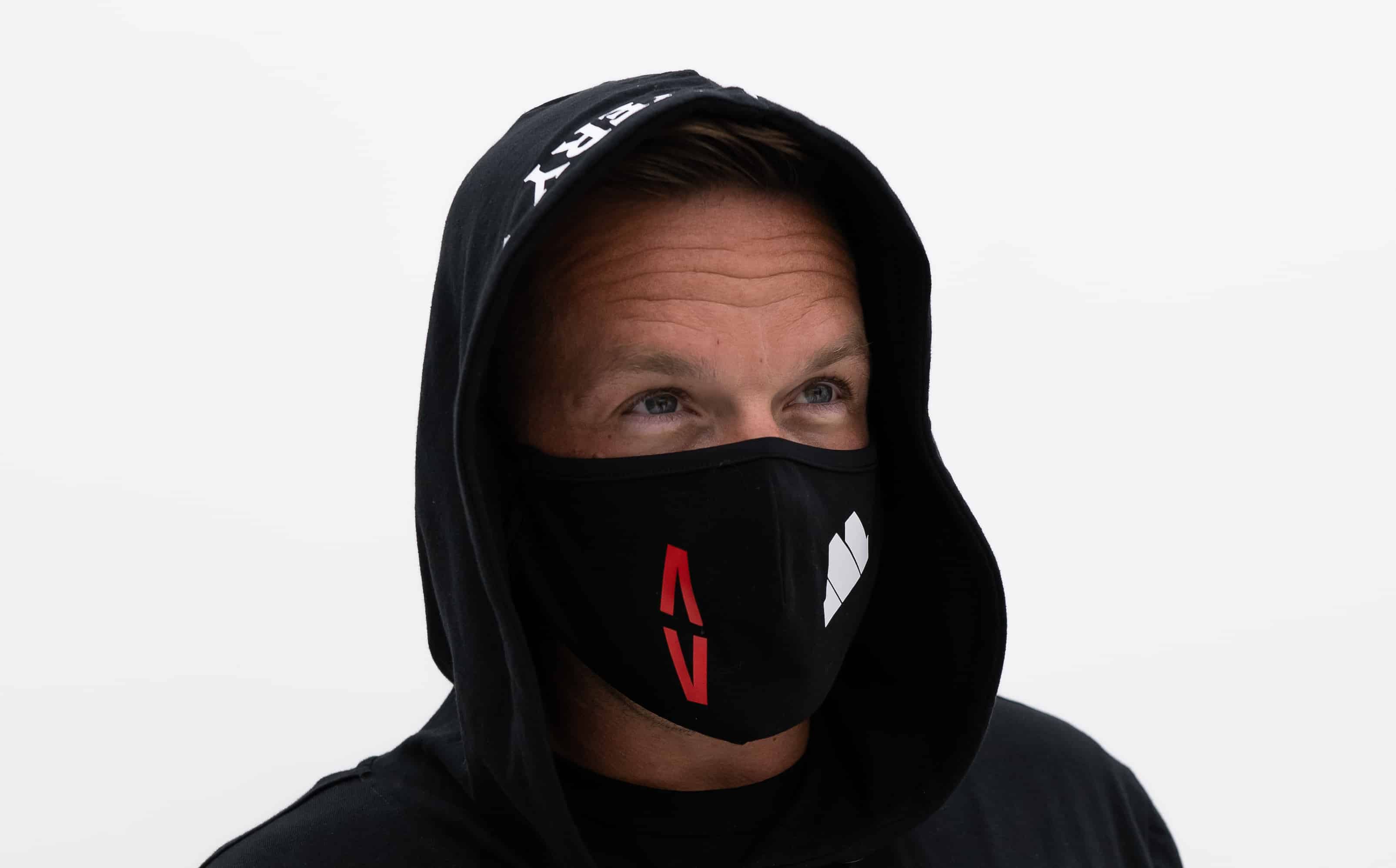 Last week, we reported on the announcement of Plastik Funk launching a brand new merchandise line in collaboration with fashion and merchandise company WorkiT. The new capsule collection is more than just merchandise, and ventures into the realm of fashionable clothing for every day wear. With bold designs and slogans with eye-catching colours displayed in clever ways, we wanted to learn more about the line and also speak about what Plastik Funk has planned next for his career.

Why did you decide to team up with the brand WorkiT for this merchandise line and how did the collaboration happen?

It’s pretty interesting, their shirts, they do a pretty smart marketing it’s kind of a guerrilla marketing you saw the shirts everywhere in Germany in the little parties we had through the Summer and they contacted me about a sponsorship. They wanted to give me shirts and just wanted to work with us, and I really like the material it was stuff I was wearing right away, so we did that deal for a couple of months and they asked me to do my clothing line. I wanted to change something about my merchandise anyways, plus I wanted to create work for my team, because i’m trying to cover my team as much as I can but for everyone it’s tough times. So it’s a bit like helping myself, helping the team plus realising something I wanted to do for years because we finally had a bit more time, and they were just the perfect producers. They are very smart designers, really always finding something new and I just told them like “it’s merchandise, but do something which we can sell in a store, which I would buy” and they’ve really made it happen, all of the standard fan shirts which is just the icon on the back, they’ve really created something new.

Speaking of the designs, can you tell us what the creation process for the designs and overall concept was like?

For me, merchandise is this one thing, fans want to wear something which says “Plastik Funk” but I wanted to have something which you can sell in a store but also to people who have never heard of Plastik Funk before, so what we did is I just took my favourite clothes from not only the design but also from how I wear it, from the size, and I showed it to them. We were just sitting together and one of the main designers just started working on it and this is really the first stuff he showed me, we didn’t change it like two or three times because it was so important and that was actually a good sign for me, I said “okay, let’s do it” and we created a new store, so the website will be on tomorrow [Saturday December 5] which is also called ‘funk you very much’. We call our fans the Funk Family so we tried to bring it all under the Funk umbrella.

How did you come up with the slogan ‘funk you very much’? It’s quite clever.

It’s funny, we had an interview in Brazil and this Brazilian guy on the radio, he told me “we always say f*ck you very much” and I said that’s not nice let’s say ‘funk you very much’ and then we all were laughing, and it was there, it never left again. People started with the hashtag #funkyouverymuch and #funkfamily, we kept it, I love it.

Do you think you’ll team up with WorkiT again in future for for other possible merchandise lines?

The plan is to have this basic stuff now, but we already designed a jacket, jogging pants, a clothing line for girls and ladies and we just tried to bring it up step by step. So the plan is to sell this now to people to see their reactions and then after three or four months we’re going to widen the range a little bit.

Moving onto your music a little bit, you debuted in the top 100 DJs list this year. How did that feel and what was your reaction when you found out?

Seriously, it’s hard to realise that really happened because I wasn’t on tour in Asia a lot the last couple of years, and in Asia it’s something very very important. If you’re in the top 100 your fee is higher, everyone books you, but I was already playing in Asia and selling out clubs so i was always talking about it to promote myself more, in the direction to really make into the top 100 but I always thought this is maybe one step too big, but this year I just realised when all these messages came in on my Instagram and especially on WeChat in China that a lot of people voted for us! It was really like hundreds of messages, I was like okay let’s try it let’s see how far it takes us, it’s a very bad year anyways let’s try to make the best out of it. when we saw the announcement I was speechless and I was partying for two days straight!

You’ve collaborated with some amazing artists like NERVO and Timmy Trumpet. When you collaborate with these artists what is the creation process like and how do you get together with them in the first place?

The good thing is the festivals I have played in the last two/three years, it’s the best meet and greet area where you meet other artists and the cool thing is that I was releasing a lot of music in the last couple of years and Timmy Trumpet and also NERVO just came up to me and was like “okay you know what? We should do something together”, which is always an honour and then because Timmy lives in Australia and NERVO live all over the place, you start working by Skype. With NERVO it was a bit different because we had this idea of covering ‘Make Your Move’ and we had the vocal recorded with a singer from Australia, Tim [Morrison], and it was a quick process. We finished the song within a week. With Timmy it was a bit different, we just tried to find something which fit both of our styles and we were working on Skype, so many sessions, but we started with the idea that was born in Frankfurt at World Club Dome when we were sitting backstage. We premiered it then a year later also on the mainstage of World Club Dome which was pretty cool.

Lastly, what do you have planned for the future. Are there any exciting new projects that you’re working on that you can tell us about?

Yeah! This year I released more music than ever before, I think we are now at around ten releases this year. There’s another mix coming up in December. There’s two releases scheduled for January, one for February. I have a collaboration with Nicola Fasano, who did a big track with Pitbull back in the day, which will be out on Revealed. I have a collab with two of my homies from Germany that I try to support which is coming out on Mixmash in January. We tried to work more on my party brand which is called German House Mafia where I try to support young artists and try to help people in the business, try to help myself with events. I want to play and include young talented artists to give them a platform where they can show their skills and have work because some of my boys who really have problems making money at the moment. The plan is to go back on tour, I have a lot of offers on the table from Asia and I just hope I can fly out as soon as possible!

As you can see, Plastik Funk has a lot up his sleeve for his fans in the near future. You can now shop his brand new merchandise line here.