Known as one of the founding members of The Prodigy, Maxim is exploring new paths and has unveiled a new EP aside from the band, and it also involves an interesting art project alongside it.

The four-track EP is titled ‘Hope’ and integrates the art project. For this art project, Maxim has teamed up with London-based artist Dan Pearce for this installation (in collaboration with 99 Projects), who has worked for the likes of Idris Elba, 50 Cent, Amy Winehouse and many more becoming one of the most in-demand and collected artists in the UK. 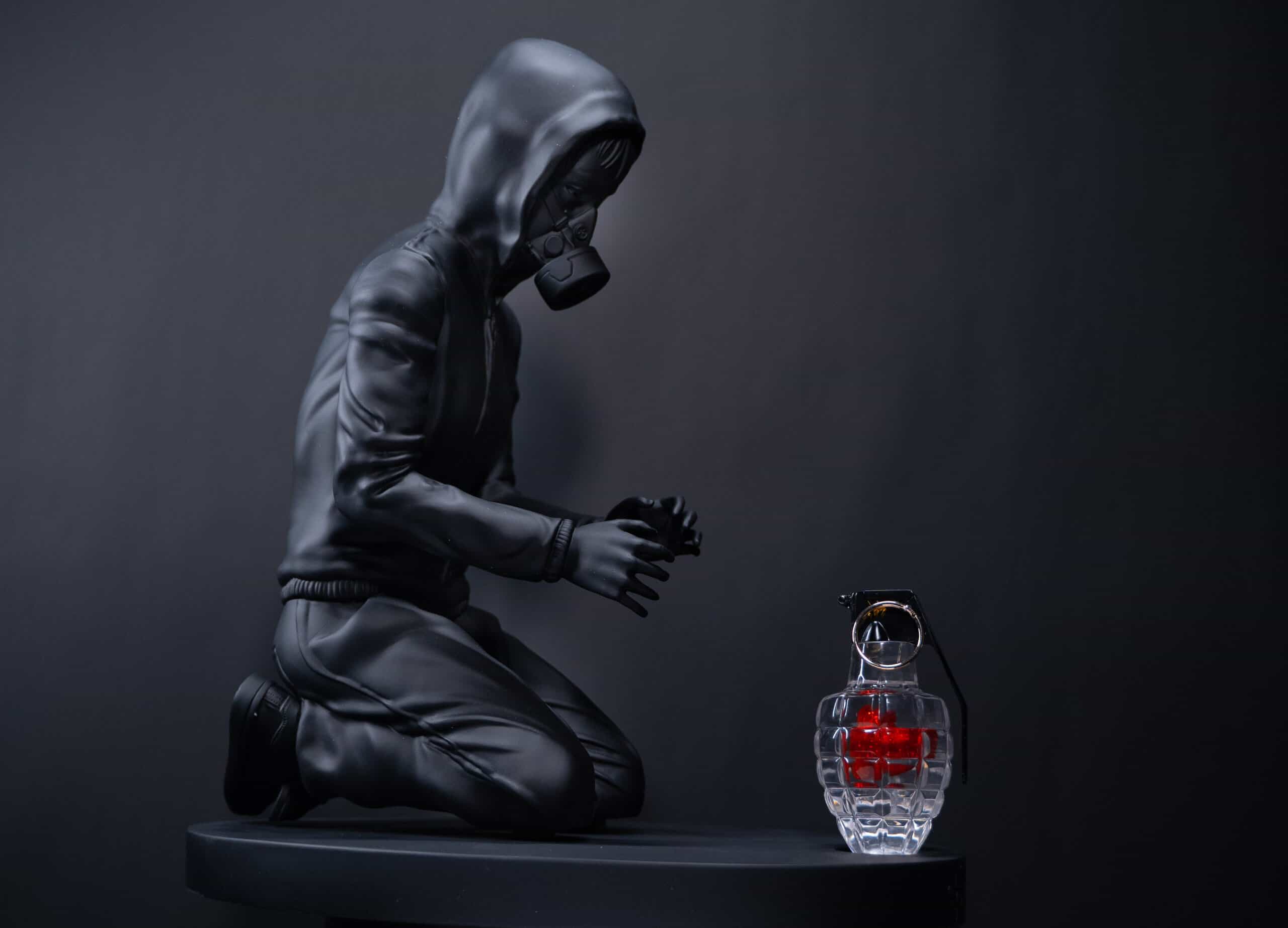 One of the sculptures in the collection (via Art Plugged)

The project was opened to a selection of VIPs on May 19 and was available for the public to view up until June 7 at the 99 Projects gallery in Kensal Rise, North West London. About this, Dan Pearce says:

“We’ve known each other for a few years as we both exhibited art at the same galleries and attended each other’s exhibitions, so we always chatted about doing a collaboration. Lockdown gave us that opportunity and we wanted the project to deal with this difficult year, while demonstrating the positive message about the role hope now plays.”

“Making this has been exciting. And it was really special to have a cameo, playing somebody who was homeless and was also an angel. We are in times of uncertainty, but I believe the answer to our problems is the four letter word, ‘love’.”

As well as this, there is short film made by the pair alongside Pearce’s son which touches on the detrimental effect that the virus had had on children’s mental health, as well as the homelessness impact it has had. With this moving message, it ends on a message of hope, the theme which ties together this multi-media project. Of the statues, three will be donated to the following charities: NHS Charities Together, YoungMinds and Shelter.

If you want to listen to the EP, it will be released via the usual digital outlets in the following months, so be sure to keep an eye on that.