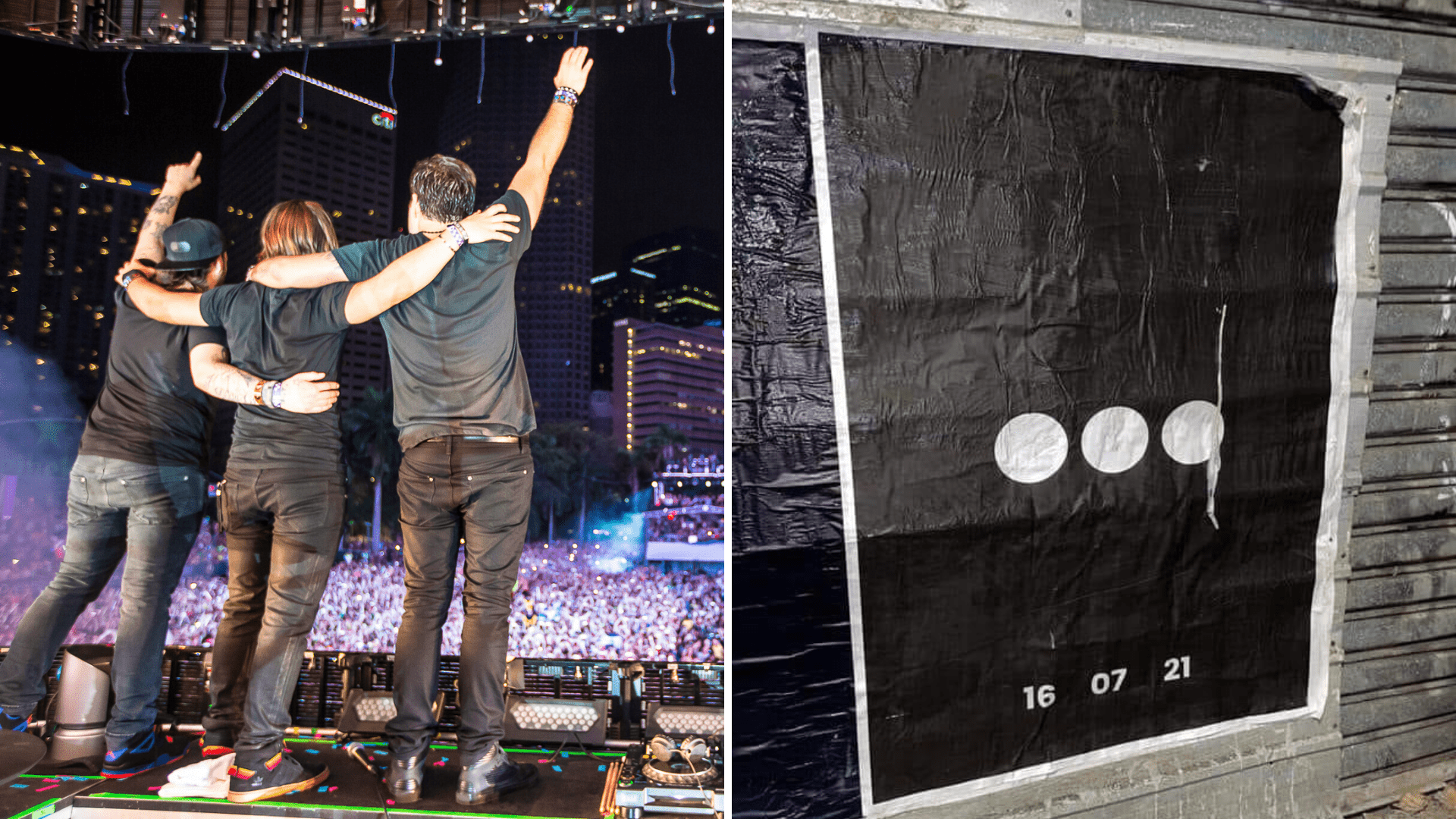 Conversations about the EDM power group, Swedish House Mafia have begun to make their rounds on the internet once again. It comes after a post on the trio’s Reddit page showed an image of what appears to be a poster in Melbourne, Australia with the well-known “three dots” logo and the numbers “16, 07, 21.” Based on former announcements, one could assume the numbers mean July 16th, 2021.

The poster in Melbourne is not the only hint of possible Swedish House Mafia news on the horizon. Alexander Wessely, the art director for the Swedish House Mafia reunion tour, posted a minute-long portion of a song on his Instagram with the caption “PUSH IT.” The post has left fans in the comments section wondering if this was new artwork related to the Swedish trio.

It isn’t the first time the group’s posters have been in the streets of specific cities. Back in 2018, posters surfaced in Stockholm in the middle of October setting the internet forums on fire, especially after their Ultra 2018 reunion show earlier in March. Later that year in November, the foreshadowing came true as the trio announced shows at the Tele2 Arena in Sweden, Mexico, and Creamfields for 2019.

Nothing official has been confirmed yet, and there is no concrete evidence that any Swedish House Mafia news will surface come next week. But after years of waiting for any sign of new material from the iconic group, fans will have something to talk about yet again. The group has not released any music since its highly celebrated single “Don’t You Worry Child” back in 2012.

It was reported earlier this year the Swedish House Mafia had parted ways with Columbia Records and as of April signed with Wassim “Sal” Slaiby (manager of The Weeknd). It has been silence from the Swedes since their last show took place in 2019 and the Covid-19 pandemic certainly did not help. However, fans of the beloved group will be excited to see any sight of the group’s name.