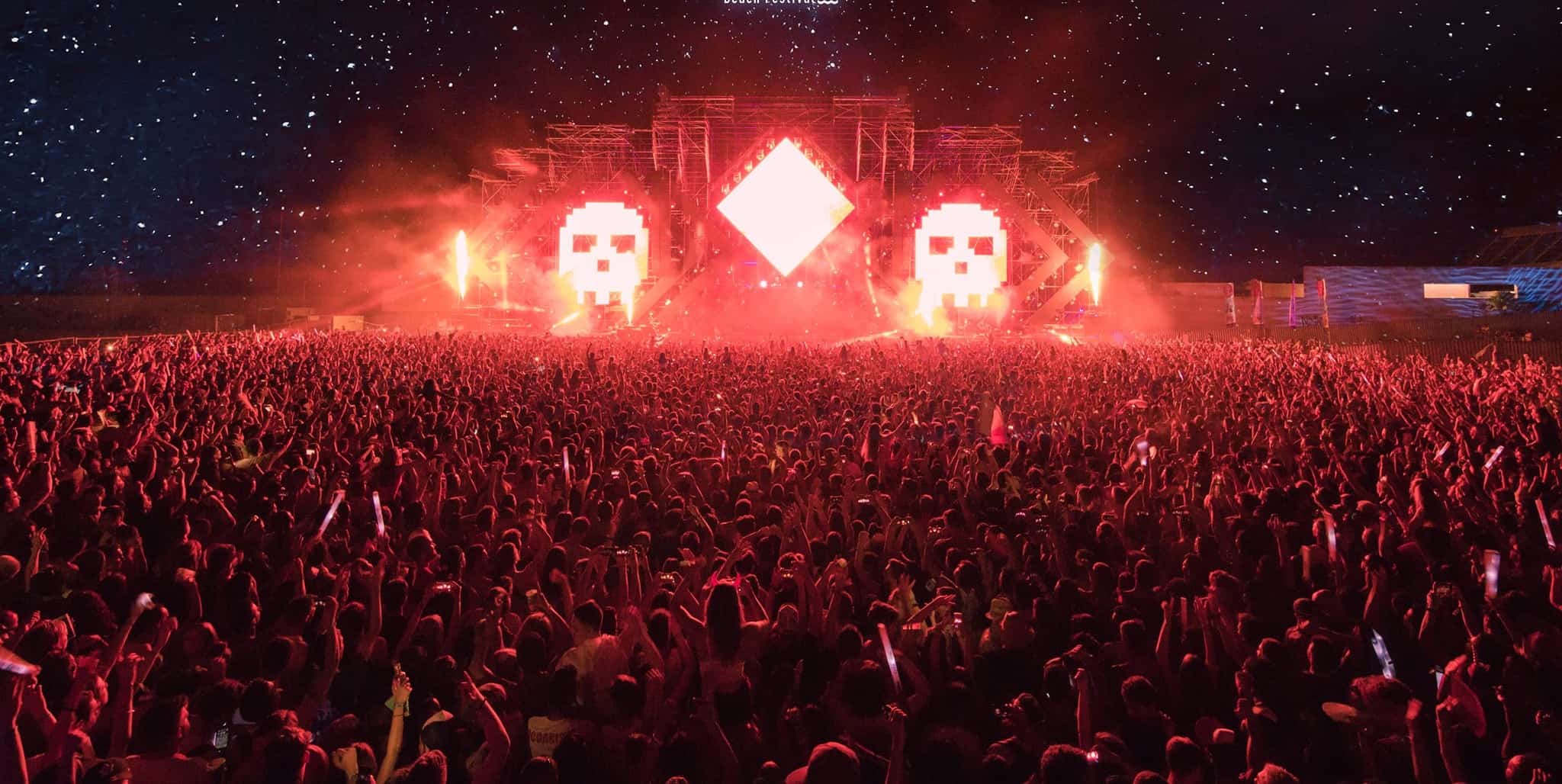 The Catalan government has revealed discouraging COVID-19 results coming from the first summer festivals celebrated in Barcelona this past July. These first major events were Festival Cruïlla, Vida Festival, and Canet Rock, which took place in a normal non-socially distanced manner and have provided valuable information of the virus transmission in a real condition context.

These mentioned Catalan festivals were ready to be celebrated and for that, they took notes of the Love of Lesbian trial concert held in late April and adopted similar measures to contain the spread of the virus on site. Some of these measures included wearing a mandatory FFP2 mask and a negative test result or the full vaccination certificate to be allowed in.

However, this time the results were not as good as expected. The study found a total of 2,279 infections amongst festival-goers out of the 50,000 attendants. In the next two weeks after the event took place, 857 new infections were recorded from attendants coming from Festival Cruïlla, 466 from Vida Festival, and 956 from Canet Rock, while the number of positive cases detected on the day of the event were 571, 197 and 525 respectively.

The government study already expected some infections coming from these events, which they estimated to be around 1,437, however, this was exceeded by 842 cases. Also, around 271 people across these 3 events were allowed in despite having previously tested positive. The authorities are now investigating this to understand how they accessed the concert.

All in all, the results were worse than what was initially forecasted, although the government defends this is the first step to go back to normal and this information will be very valuable in order to improve processes and protocols onsite. Carmen Cabezas, secretary of the Catalan public health stated that during the celebration of the festivals, there were around 8,000 daily cases and this was ‘just one more factor among all those that occurred at that moment’. Shortly after, the fifth wave started to take form, which left no other option but to adopt new restrictions including the temporary closure of indoor venues and a curfew from 1 am to 6 am.

Nonetheless, the pressure on hospitals is now decreasing and the virus is loosening up a bit in the Barcelona area. Music concerts and festivals are now allowed again but these are now tightly restricted to 1,000 people for indoor shows and 3,000 for outdoor events. However, spaces need to have improved ventilation systems and the access is conditioned to negative covid tests.