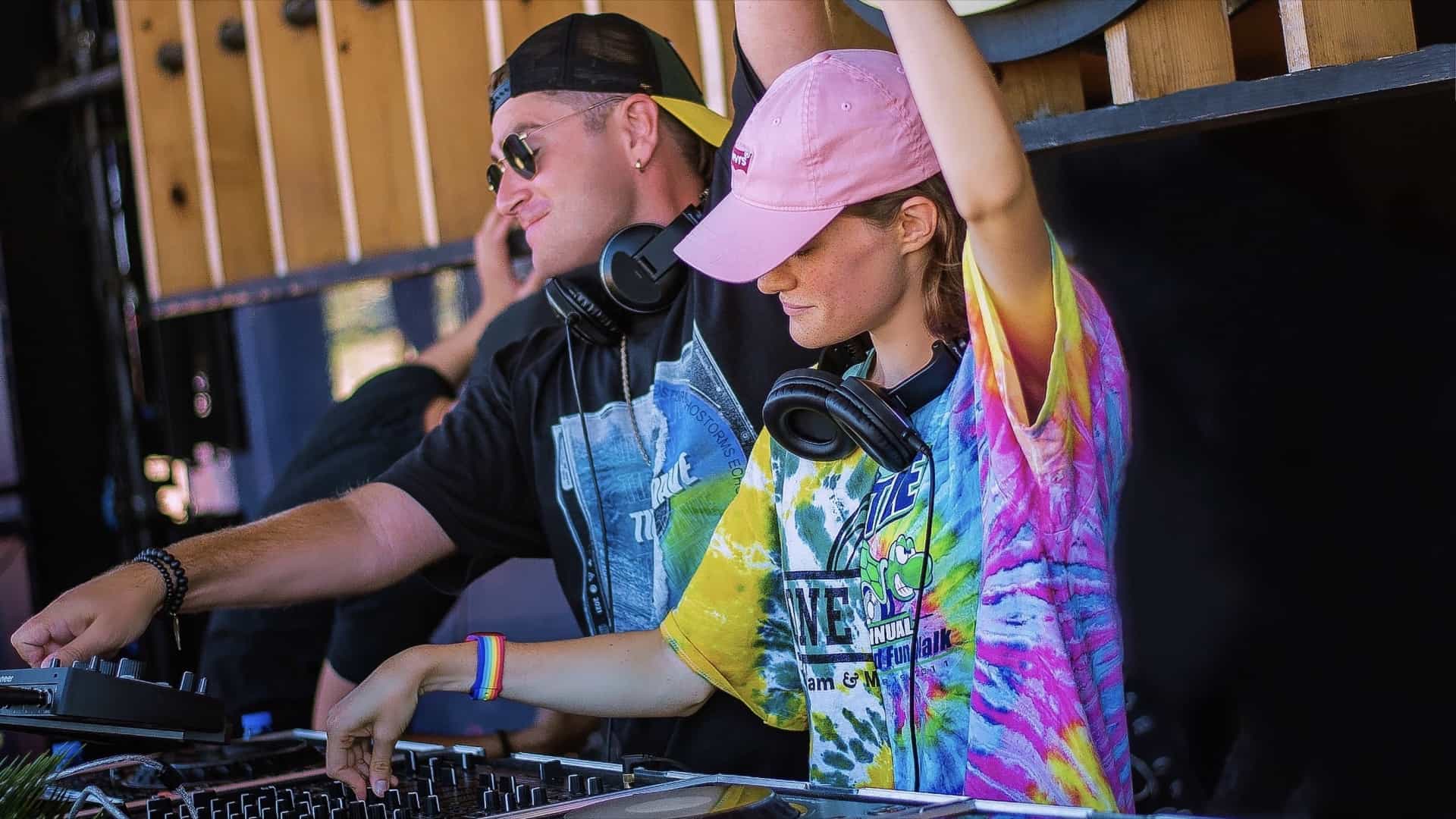 Looking to make a name for themselves in the electronic dance scene, EchoStorms have been blessing fans alike with their unique sounds and their undeniable talent when it comes to incorporating different genres with each production. With their speciality of keeping fans guessing, the duo consisting of Ben Locke and Katya Fadeeva have been gaining recognition from some of the biggest artists within our community, whilst their individual backgrounds have helped shape EchoStorms into the perfect partnership. From travelling around the world and experiencing different cultures, to directly working in the studio and combining elements of melodic techno, indie dance and house, this duo is here for the long run. With this said, we are very happy to have caught up with EchoStorms themselves, as they discuss their latest hit single ‘Tidal Wave‘, their ability at combining different genres, the cultural experiences they gain from travelling around the world, as well as any future releases and plans.

Congratulations on the release of your single ‘Tidal Wave‘. Could you give us an insight behind the main inspiration for this track, and how your unique backgrounds impacted the final product?

The story of ‘Tidal Wave’ is quite interesting.

Ben: I wrote the first incarnation of ‘Tidal Wave’ back in 2014 when I was working with Timbaland and he wanted songs to pitch for Birdy’s forthcoming album. It was written the old-fashioned way – on an acoustic piano.

Katya: Last year we were going through everything Ben had written that hadn’t been released and cherry picking the best toplines to turn into EchoStorms Cinematic Tech House Anthems. After going through about 20 hard drives of material I came across the original acoustic demo of ‘Tidal Wave’ and fell in love with it immediately.

We finished off the writing together and recorded our vocals to a simple acoustic piano and a click and then produced the final version around our vocals in our mobile studio, set up in various hotel rooms all over Europe.

With a mutual love for electronic music, how easy or not has it been to combine a variation of genres and create a sound which keeps your fans guessing?

Keeping everyone guessing is not something we struggle with at all, it’s actually a speciality of ours! Blending genres is a great way to create something new and unique and that’s what we love to do. We’re always incorporating new elements and musical ideas and our sound is constantly evolving. We don’t like to stay still for too long musically, we always like to switch it up to keep it interesting. The tracks we are working on at the moment probably won’t be released until later in 2022 and we’re so excited about the musical journey we are going to take our audience on with our releases over the coming months and into the future! Let’s just say there’s a lot that’s coming up which no one will have seen coming!

Incorporating elements of melodic techno, indie dance and house have resulted in the production of electrifying tracks. How influential has it been for each of you to not only work together, but also produce tracks with a unique sound?

Producing tracks with a unique sound is essential if you want to compete at the highest level of this game. Think about how many thousands of tracks are being released every week – to cut through all them you need to come with something really top drawer and different to rise to the top with the creme de la creme.

There’s so many bandwagon jumpers in this industry, and many of them are artists who you would think wouldn’t need to do that. One difference with us is we won’t jump on a bandwagon to get a few more streams. We’d rather come with something completely unique, create our own bandwagon and watch other people try and jump on it!

Also it’s insane how many tracks there are with the same vocal samples – where’s all the originality gone? Our motto is that if you’re going to release a track, that track represents you and should represent only you. It’s very difficult to do this with a sample that’s already been used to death. It looks like a lot of artists nowadays are thinking more about quantity rather than quality when it comes to releases and that’s absolutely not how it should be. A release should be a work of art made for forever, not something disposable made to bump up your monthly listeners and then forgotten a couple of weeks later.

We constantly challenge and inspire each other in the studio and keep on raising the bar for each other to make sure everything we put out is at the highest possible level.

‘Tidal Wave‘ has been gaining the support of some the biggest names in the industry. How proud are you guys of the final product, and does this now put extra pressure on you to produce tracks that are as successful?

We are incredibly thankful for the support that ‘Tidal Wave’ received. It’s wonderful to hear it being played by some of the most iconic names in the industry. That being said, this is only the beginning for EchoStorms and step one in our game plan. We have so many tracks that are waiting for the world to hear them and we can’t wait to unleash these beasts!

“Successful” is an interesting term to use as success is something that means something very different to everyone. Some measure success in the form of streams and chart positions, some measure success by critical acclaim and DJ support. For us, success is measured by wether we have made records that we are proud of and that represent us and wether we have stayed true to ourselves as artists and as human beings. We think if you manage to achieve this then streams, chart positions, critical acclaim and DJ support will follow naturally.

That being said, if success is being measured by streams and chart positions then an amazing record is a good start, but there are so many more factors that contribute to a “successful” record – your team, marketing, budget, timing and the one thing that no one can control – luck. 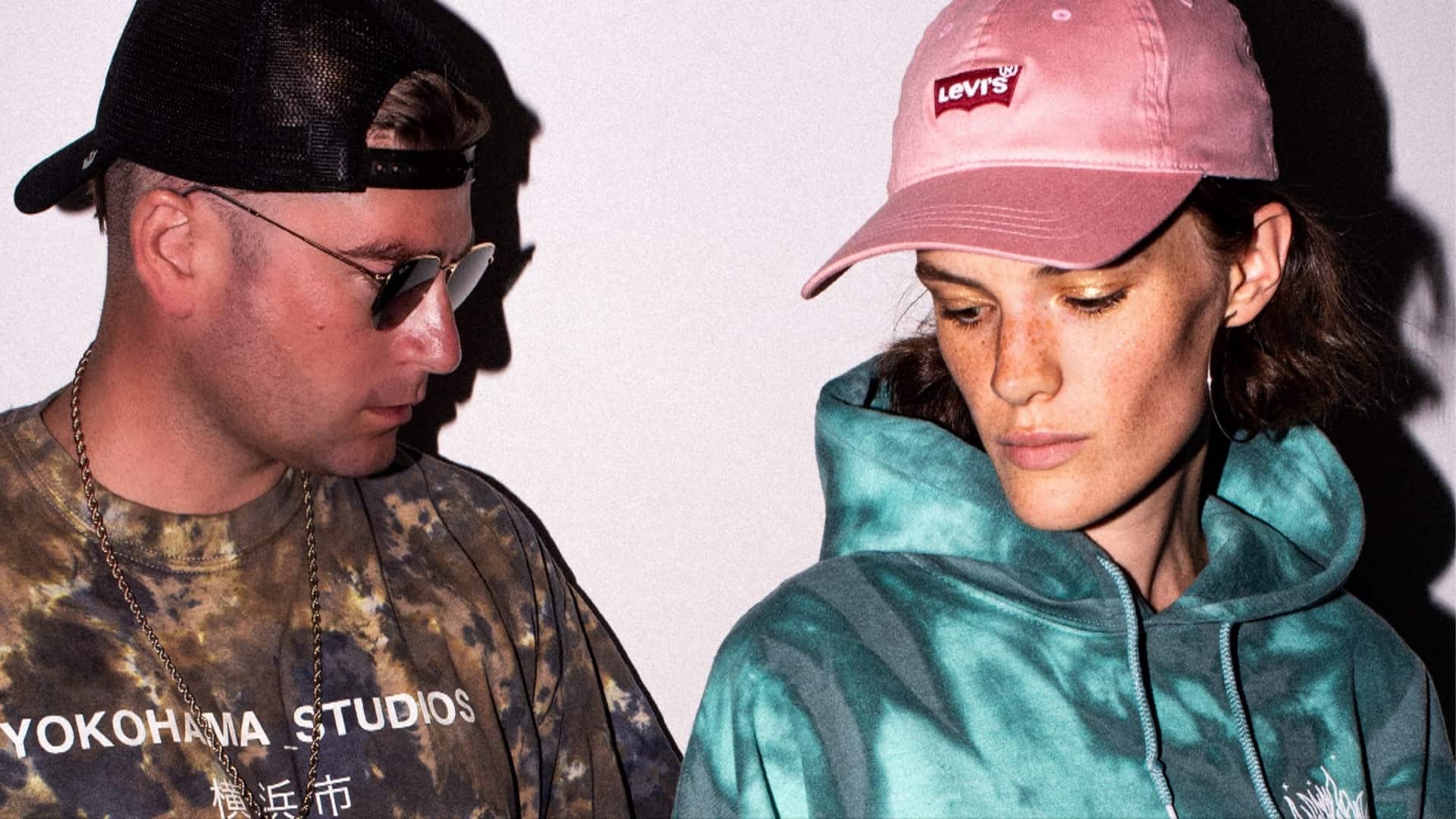 With travelling an essential aspect in your lives, you have the opportunity of witnessing different cultures along the way. How influential has this been when producing your music, and has it had any impact on the sound you wish to portray as artists?

We love travelling, meeting new people, absorbing different cultures and experiencing new things. We never intentionally tried to incorporate anything musically from a specific country but for sure subconsciously your surroundings are going rub off on you and as artists that will influence what you create to a certain degree.

Remaining on the travelling theme, your recent shows in Europe were a great a success, and there’s an upcoming tour on the horizon. How happy are you guys that shows are finally back, and what is one thing you missed the most from touring?

We are indescribably happy that we are back playing shows – we missed it so much. We love having that connection with our audience; feeling that energy is just magical. It’s our favourite part of what we do and over the last nearly two years we’ve created so much which we were so excited to play out. Finally playing so many of our as yet unreleased IDs and getting such amazing crowd reactions was an incredible feeling – it makes all the hard work we put in completely worth it.

Another amazing feeling is when we close our shows with ‘Tidal Wave’ and so many people know it – the moment that bassline kicks in the crowd goes crazy. That’s a moment that you just can’t put a price on; it’s the best feeling in the world.

With more singles due to be released in the next couple of months, could you give us an insight on the production process and what your fans should expect from these upcoming tracks?

Everything starts with the hook – that’s the foundation that all our production is based around. If the hook isn’t strong enough then it’s pointless investing time and effort in production, sound design, mixing and mastering – you can’t make a silk purse out of a sow’s ear, although it’s worrying to see how many try.

Our hooks are mainly not written in the studio to be honest – ‘U Wish’ was written in the shower and ‘Do It For Me’ was written on a photo shoot! Then there’s always a panic to open up voice notes on our phones and record our ideas while they’re still fresh. To most people our voice notes would sound like insane ramblings but to us they’re enough as a reference that when we get back to the studio we can lay down the idea properly and work from there.

We start with laying down the vocal hook just with a simple piano or pad for tuning purposes and a click for timing purposes. Most of our vocals are recorded in our mobile set-up in hotel rooms, which consists of an Isovox portable vocal booth which makes it acoustically possible to record studio quality vocals in any space. We use a Telefunken TF39 Tube Microphone and record into our Universal Audio Apollo with the Neve 1073 Unison Preamp and Tube Tech CL1B compressor.

Once we’ve finished the vocal we build the production and sound design using a combination of our Sequential Prophet 6 synth and plugins such as Sylenth, Serum, Arturia V Collection (really accurate software reproductions of classic analogue synths) and our sample collection which we’ve been collecting for over 10 years. We’re actually planning on releasing an EchoStorms sample pack in the near future so watch this space!

We’ve got three singles coming out in October/November – kicking off on October 22nd with ‘Delirious’, a collaboration with R3WIRE on James Hype’s Stereohype label. R3WIRE is such a genuinely great guy and a really talented DJ and producer so it’s a real pleasure to be releasing a collaboration with him, especially on Stereohype – who in such a short space of time have built themselves into a real force to be reckoned with!

Next up, on October 29th we’re releasing ‘U Wish’, a collaboration with the legend that is Chapter & Verse on Atlantic Records’ new tech house imprint Signal Supply. We loved working with Chapter on ‘Tidal Wave‘ but this track is something different – it’s absolutely crackers!

One week later on November 5th we’re releasing ‘Do It for Me’ on Black Hole’s tech house imprint Force Of Habit. It’s a quirky and cinematic tech house track that’s had great reactions at our shows, so super excited to be releasing this heater – especially on bonfire night in the UK! 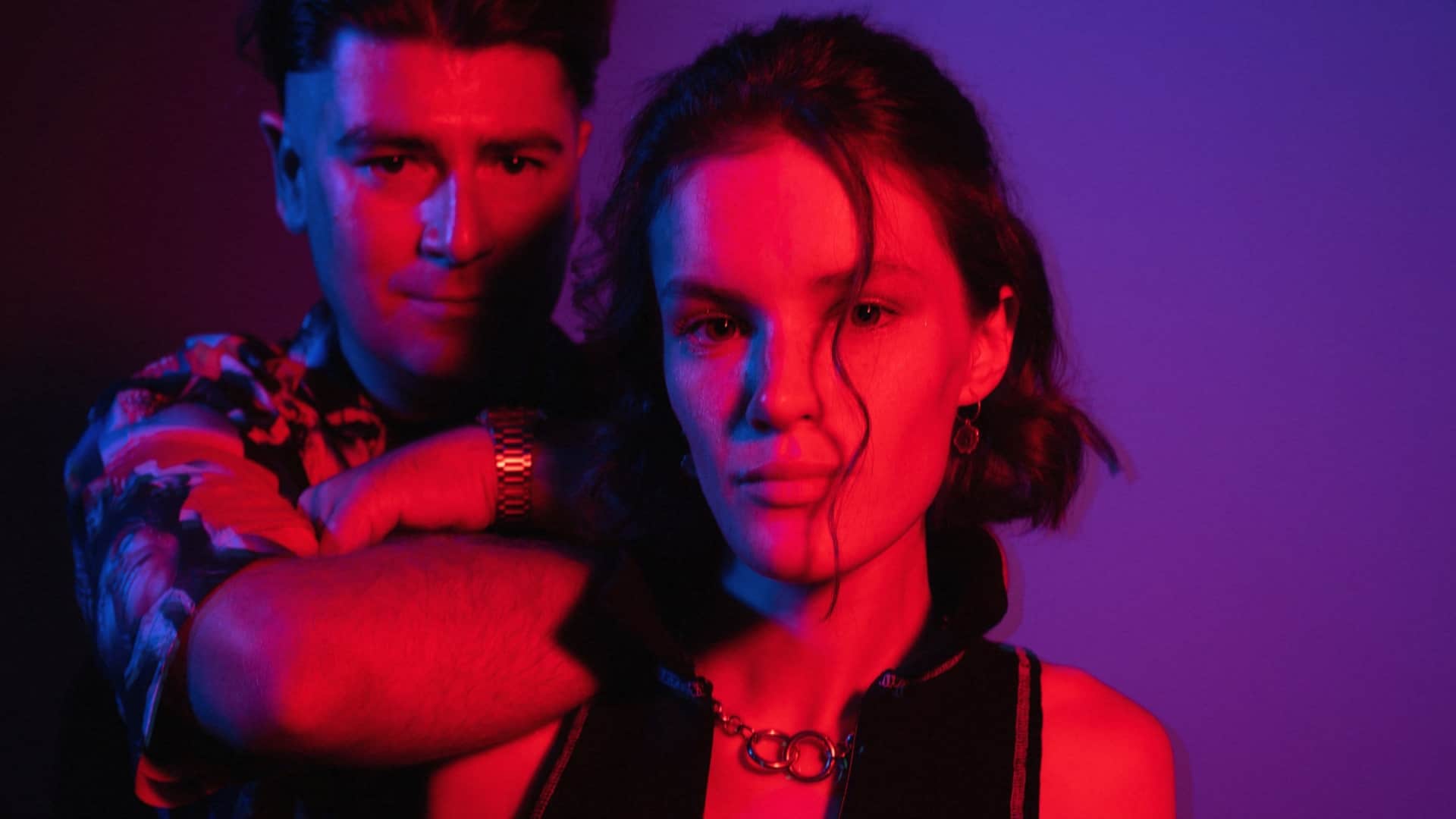 Besides from releasing one fire track after the other, could you give us any small hints on any future plans and goals that may have been set for the remainder of 2021 and not only?

We’re just at the beginning of EchoStorms’ musical journey release wise, although most of the next 12 months’ releases are already pretty much finished. We’re so excited about where our sound is headed and can’t wait for you guys to join us for the ride – we promise you it’s going to be one hell of a rollercoaster with more unexpected twists and turns than you could possibly imagine!

As their musical journey just begins, here at We Rave You we could not be any more excited for what’s next from this multi-talented duo. In the meantime, make sure to check out their hit single ‘Tidal Wave’ below, and let us know what you think in the comments section.