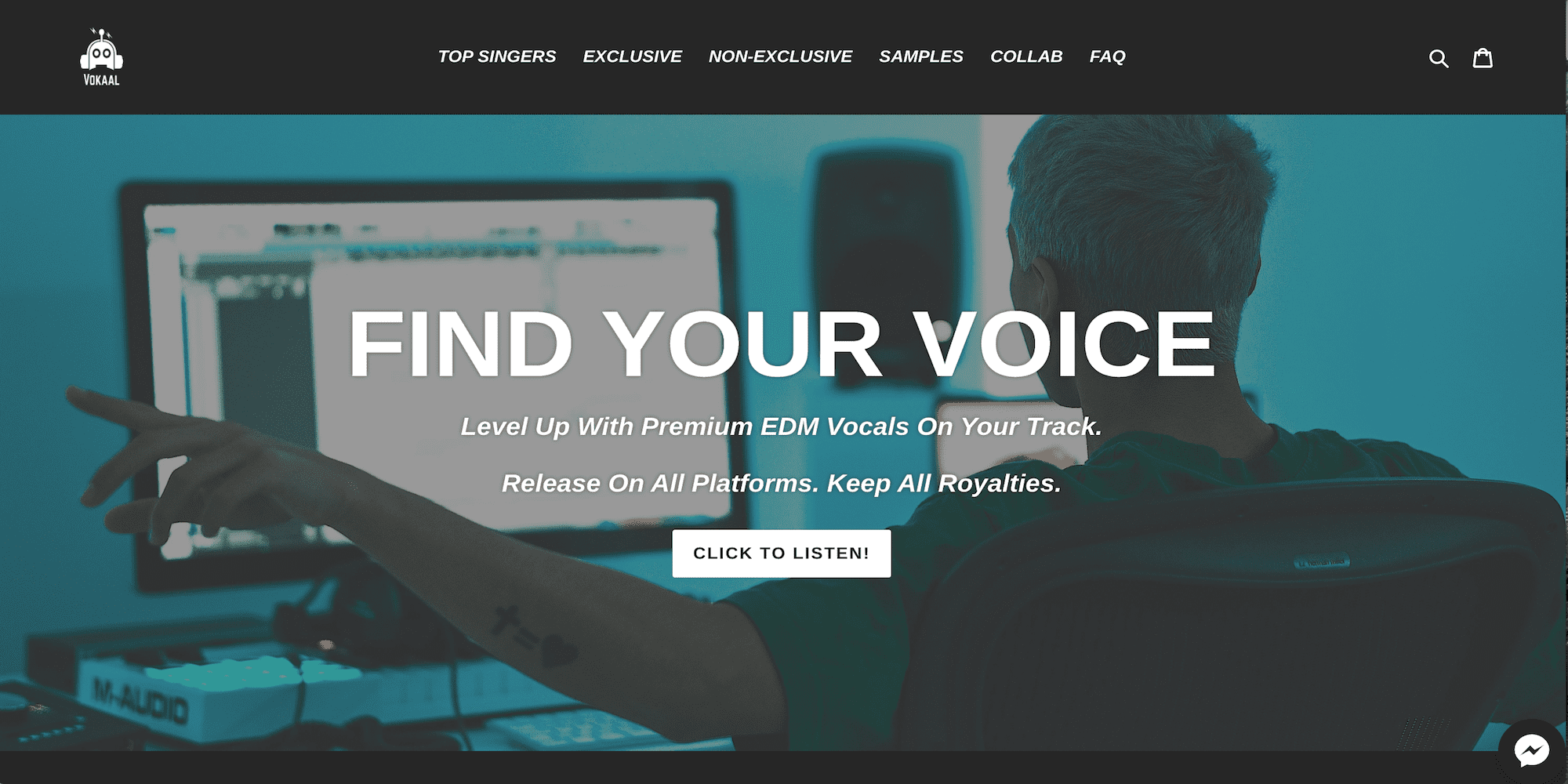 When the Rona struck in March 2020, DJs, Producers, and Singers were shut down. Live music died, tours got canceled, releases got paused and artists lost nearly all their income…

Launched in June 2020, Vokaal is an innovative online marketplace that helps EDM music producers buy pre-recorded royalty-free vocals from professional singer-songwriters at super affordable prices. Vokaal fills 3 big market needs: 1) Producers need hit vocals for their tracks, 2) Singers need their voices to be heard, 3) Both need to be able to pay the bills with their musical talents.

Acting as a liaison for both parties, the platform helps artists ‘find their voice’ in the music industry. At Vokaal.com Singers & Producers can quickly and easily buy or sell high-quality, full length, royalty-free vocal packs, and the results have been amazing.

“I often get asked by my fellow producers, ‘Where can I find high-quality EDM vocals?’, says Sam Feldt, “and Vokaal.com really nails it! If you’re looking for high-quality but affordable EDM vocals, you’ve gotta go check them out.”

Producers that have used vocals from Vokaal.com have already earned half a billion streams on Spotify with 100% of those streaming royalties going directly into those Producer’s pockets.

Sydney Taylor of buzz-worthy pop rock group Stereo Jane has been a top earner on the platform since it launched.

“My band is my love but it was hard to make a living in L.A. Then I found Vokaal. The first day I posted songs, I started making money. I was blown away that I could make a real income by doing what I love. Now we’re going on tour this fall and I’m happy to say that, thanks to Vokaal, I can pay my rent while we’re on the road. Vokaal is the bomb dot com!” says Taylor.

Vokaal’s founder Parker Thomas has a dream to make sure that talented music makers can earn a living with their musical skills, and that dream appears to be quickly coming true.

“I’ve never been the most talented musician,” says Thomas, “but I always managed to work hard and smart enough to earn a living with the skills I have. It’s always killed me to see so many far more talented artists struggling to survive — working dead-end jobs as their music dreams faded away. It’s really sad, and happens way too often. That’s why I built Vokaal, where singers can now upload their songs for DJ – Producers to buy at super affordable prices (because producers need to be able to earn a living with their music too). Basically we’re on a mission to make sure that all the world’s talented singers and producers get paid!”