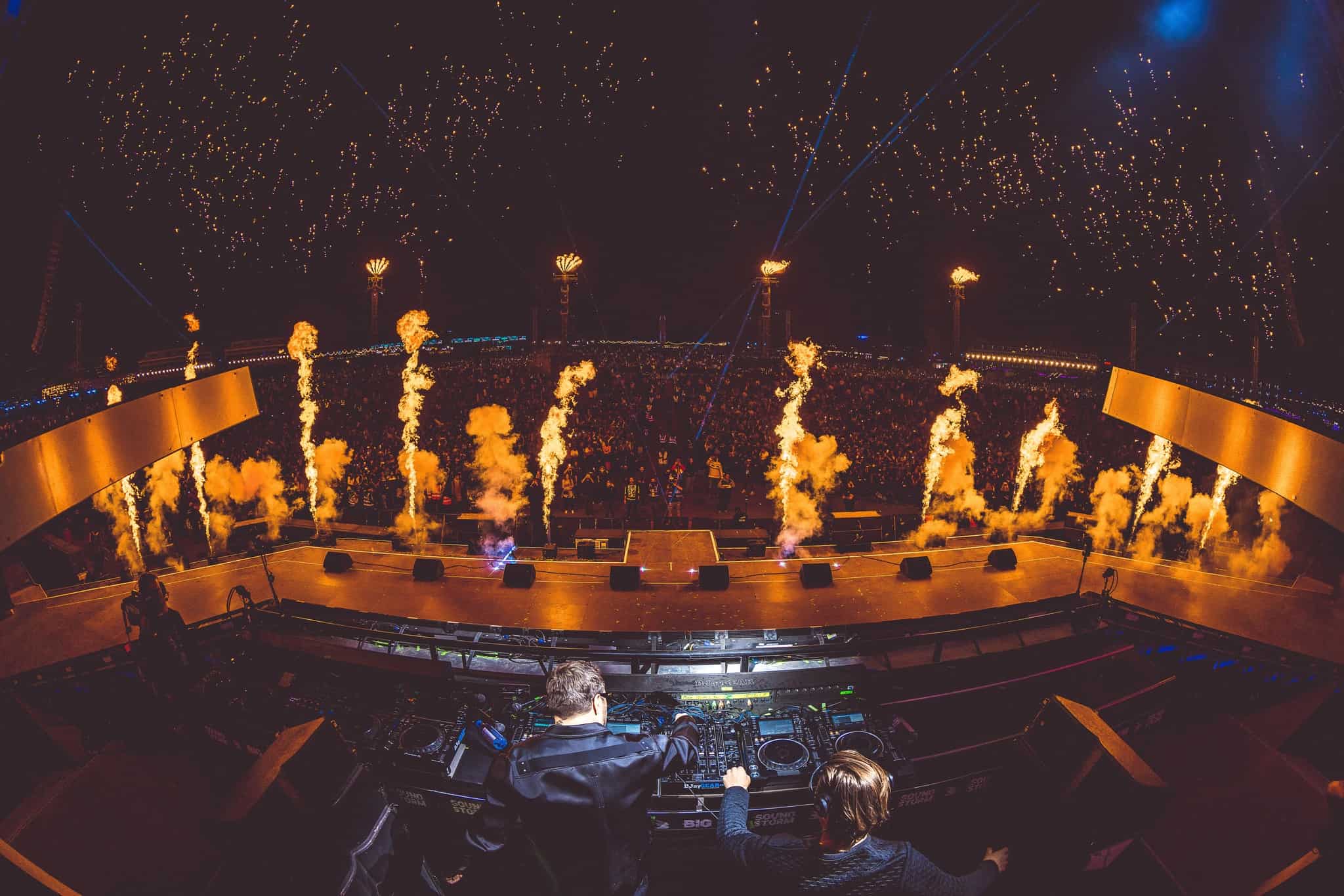 Attracting over 730,000 visitors across four days, MDLBEAST hosted their second edition of their flagship festival SOUNDSTORM in Saudi Arabia. Boasting over 200 global and regional acts which made up some of the biggest worldwide talent and finest local talent all coming together as one, it’s safe to say that this was certainly one of the biggest and most successful events hosted in 2021.

With the innovative team of MDLBEAST spearheading this event, it was set up for success from the very start and it’s hard to believe that this was only their second ever edition of the festival. Where the first edition held some groundbreaking B2B sets, this idea was carried on into 2021 and included some incredible surprise sets in the form of Axwell /\ Ingrosso who reunited for the first time since 2018, and Sebastian Ingrosso and Salvatore Ganacci who also joined forces on the mainstage. With eight different stages, there was room to host a wide array of talent in different regions of the electronic scene, and acts such as Charlotte de Witte, Armin van Buuren, David Guetta, DJ Snake and many, many more than we could list were on hand to deliver incredible performances, whether it be on the Big Beast mainstage – the world’s tallest and largest stage – or Dance Beast and all other areas in between which each had their own unique, charming qualities to dazzle crowds.

“When I play here it has a special meaning, and it’s incredible to witness history in the making. I came to Saudi Arabia for the first time in 2018 to perform and the first ever mixed concert, and I didn’t even realize it. When I spoke to locals, and they said this is a history-making moment – it made the experience so much deeper than just performing at a festival. It’s unbelievable to see the dance music scene grow in Saudi Arabia and the Middle East, and not only does it change the lives of people, but I believe that it can really change and unite the world.” – David Guetta

Not only offering a hugely entertaining event for the massive crowds, it has also highlighted important change within Saudi Arabia, and MDLBEAST is at the forefront of this change, especially within the entertainment sector. CEO Ramadan Alharatani stated:

“SOUNDSTORM 21 is a beast that changed lives, built a whole new reality in the region and redefined electronic festivals! It exceeded the expectations of everyone, including us as organizers, along with the artists and fans. It has been a success on every level, having attracted a huge number of music lovers and provided them with a safe space to enjoy the highest standards of music entertainment. We are very proud.”

Not only offering up MDLBEAST SOUNDSTORM, it also held the first edition of XP, a brand new music conference in the Middle East where important conversations about the industry were shared and new expertise was discussed amongst industry professionals for ticketholders to learn more. Featuring performances, panels, workshops, Q&As and much, much more across three days, this was a perfect opening to SOUNDSTORM.

Overall, this edition broke attendance records and further solidified MDLBEAST’s place within the music industry, not just regionally but also globally. All eyes are certainly on the festival to see what they deliver next year. If you want to be part of the SOUNDSTORM in 2022, you can now register your interest on the website here.