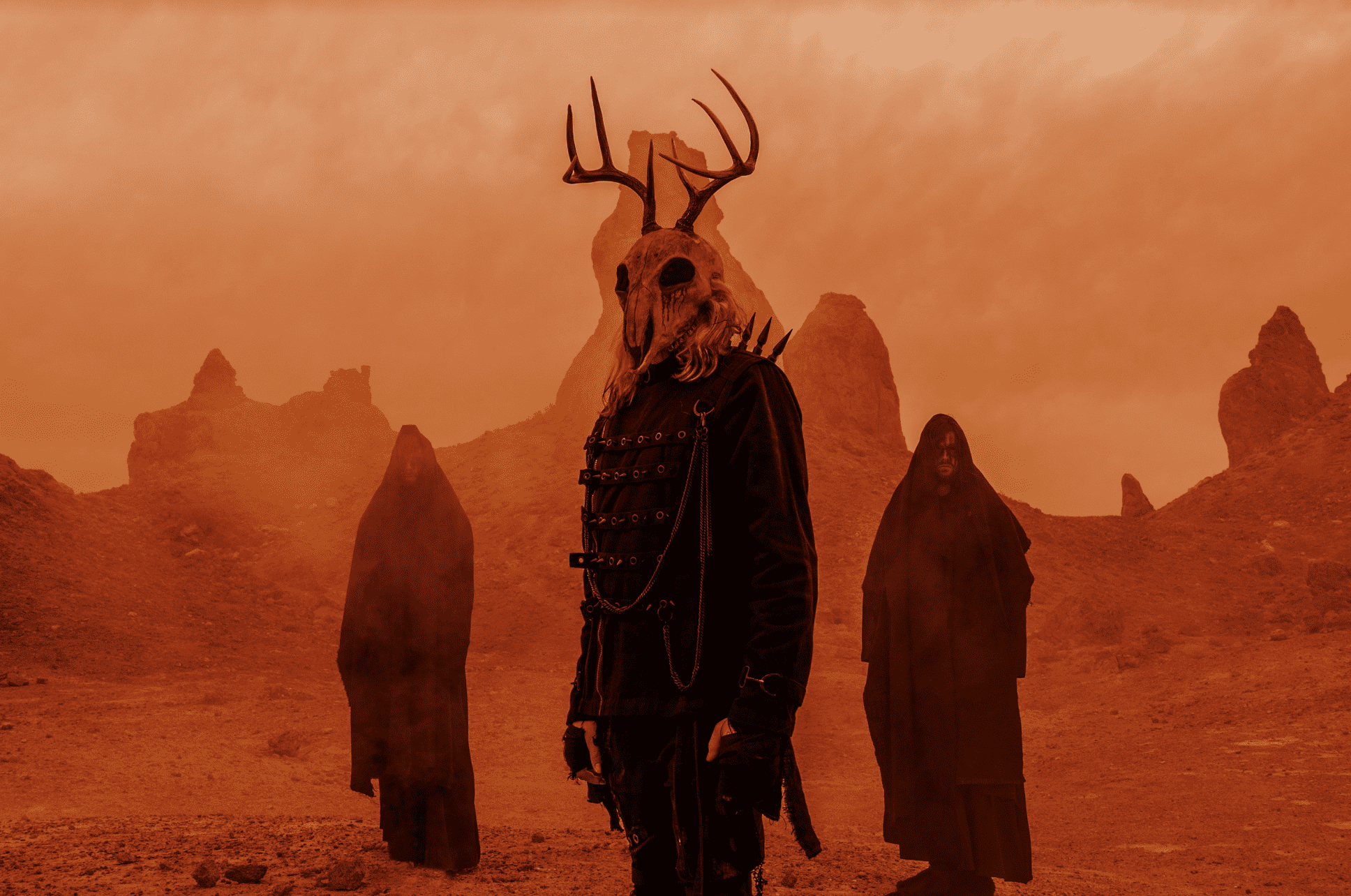 One of the biggest moments for SVDDEN DEATH, and the dubstep community as a whole, the producer is ready to unveil the biggest moment so far in his career: the next step in the VOYD project. For years now, SVDDEN DEATH has been fine-tuning the VOYD project, a place for his minimal, hard-hitting dubstep which is accompanied by an impressive audiovisual live experience. Now, he finally unveils his long-awaited album ‘VOYD VOL. II‘, a 13-track followup to 2018’s ‘VOYD’. Experimental in its sound that is uniquely his, it holds nothing back in its sound design and aesthetic. Simply put, it isn’t for the faint of heart. Growing into more than just the music, it has seen him put on live shows, the likes of which has seen him levitate before the stage as the crowd is hit with massive watts of pure bass. Now, ‘’VOYD VOL. II’’ showcases just how much the alias has grown over the years.

“I’m super excited to finally put my first album out and I appreciate the patience from all of my fans. It’s extremely hard for me to ever put anything out and call it “done” when I’m constantly improving and making my tracks better and better for each show that I play. I finally got to a point where I felt I was happy with ‘VOYD II’; after hundreds of iterations of each song, selecting the right ones, and curating the proper flow that I thought represented VOYD best, I knew it was time to let the public hear it. I wanted this album to be more than just a dubstep album. It needed to tell a story and flow well… and I think that it does that. With 13 tracks and 5 skits that help break up the album, I think it’s something that I can call complete and is very special to me. I hope you guys enjoy it or I’m gonna lose my f***ing mind! I have so much more in store for this project – the music is just one piece of a very large puzzle that is VOYD.” says the producer about the album.

Not your typical dubstep album, ‘’VOYD VOL. II’’ tells a dark and haunting story; each track is a different chapter, and we’re exploring them all.

Sharing the same name with the game that SVDDEN DEATH set up to promote the album, ‘Maze of Punishment’ is the first track that truly lets fans know what they’re in for on this haunting journey. Featuring menacing vocals that go against a backdrop of melodies that sound like they are being played on an old organ, this is where we know we’re in for a treat. After the monologue which includes spooky vocals like “we are born to die”, the buildup does an expert job of building up the tension before the earth-shattering drop comes in to annihilate everything. Towards the end of this track, fans will notice the nod to ‘Behemoth’, one of his most popular tracks to date and a staple in his discography.

Continuing the momentum and flowing perfectly, this ‘Dream Sequence’ is more like a nightmare sequence, in the most menacing and haunting way possible (which, if you’re SVDDEN DEATH, is a good thing). The first drop in this track ebbs and flows with intensity, and perfectly showcases the intricacy of the ‘VOYD’ sound. The second drop is something that also doesn’t disappoint, taking the elements of the first and tweaking them into something new. If that wasn’t enough, there’s even an electrifying third drop in this tune. 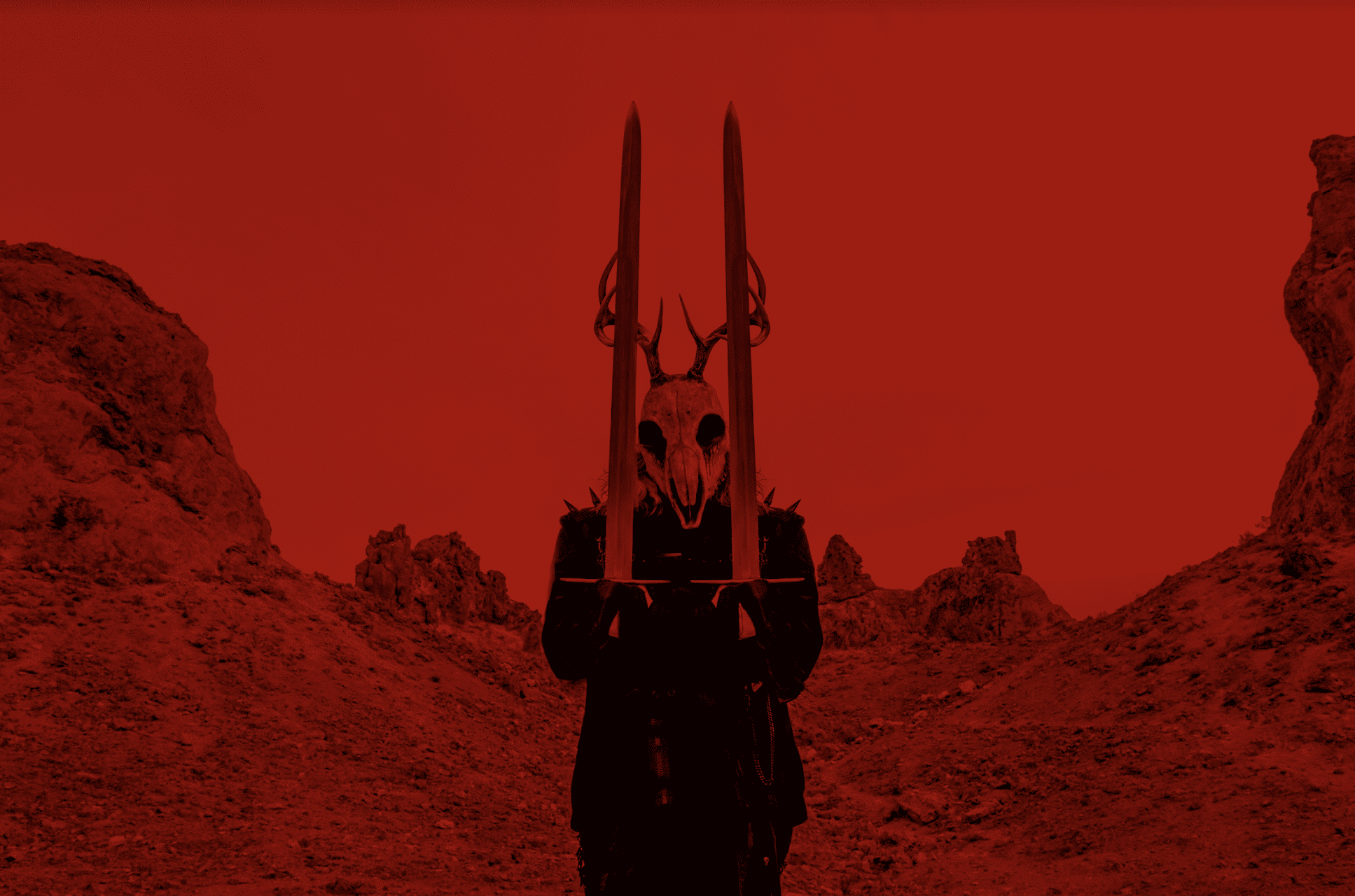 Wasting no time with this track, the beginning instantly leads listeners into the buildup, not waiting too long for the drop to take centre stage. Being one of the tracks that has been teased for a long time in his previous sets leading up to this release, it is already a fan favourite and it isn’t hard to see why. With an almost 8-bit sounding sound design featured in the drop, it sets itself apart from the other tracks on the album and shows us yet another side to this intriguing project.

Going into the second act of ‘VOYD VOL. II’, ‘Magic Armour’ tells us a new story with its next chapter. Setting itself apart from the first chapter with the previous three tracks so far, fans aren’t to be worried as it certainly doesn’t let up on intensity but rather doubles down on it.

The start of ‘Eidolon Hex’ acts as though you’re walking down a dark passage, with voices whispering all around you. Bone-chilling, the buildup acts as a bubbling potion, one that binds together to birth the rippling drop. Sending shockwaves through the body of listeners, the title is certainly appropriate for this bewitching track.

Although it could be said for pretty much all tracks on this body of work, ‘Thirst For Revenge’ is one of the hardest-hitting tracks out of the whole album. Holding nothing back in its raw brutality, it assaults the senses with one of the biggest drops that the dubstep genre has ever seen, and is a perfect ending to the second act of the album. 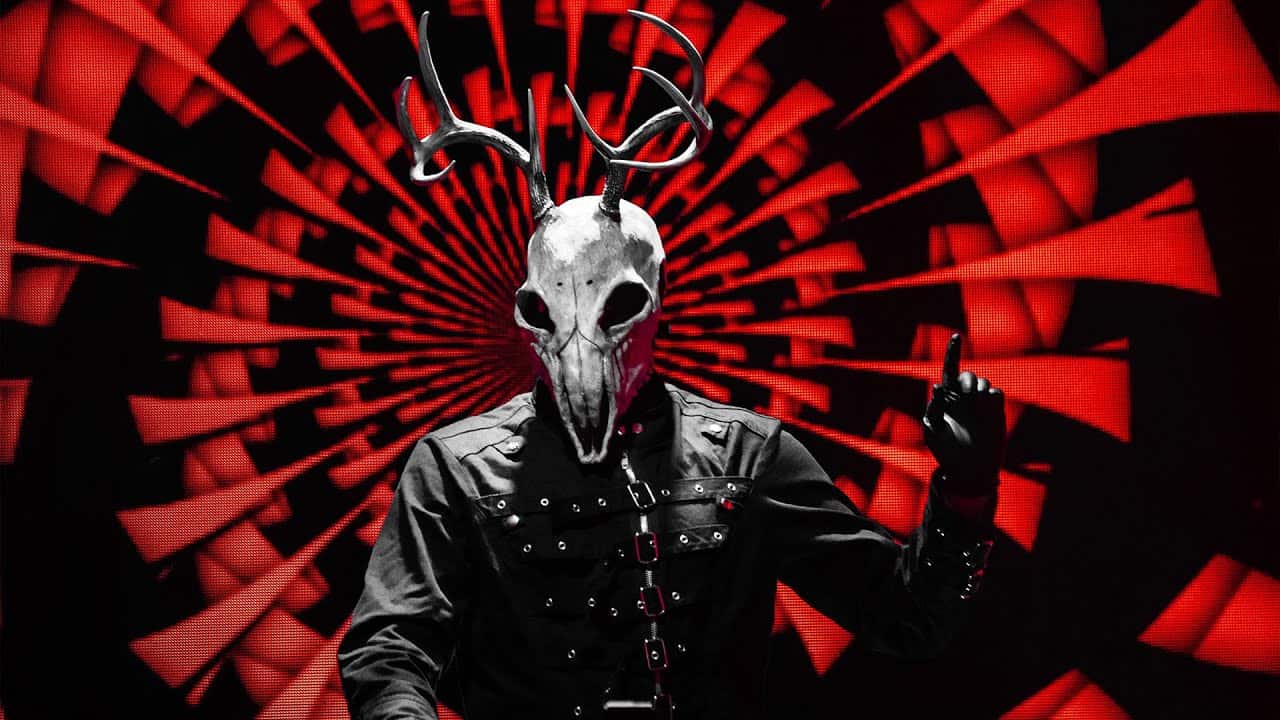 Going into the third act, and therefore deeper into the story, the start of this track is exactly as the name would suggest. Even more proof of SVDDEN DEATH’s genius, he takes a sample of a menacing laugh and manages to turn it into a full track, even making two different drops out of it. Serving its namesake well, this one will have listeners laughing at how brilliant it is.

There’s no barrier when it comes to comprehending how good this track is. With the buildups this time taking a backseat to the drops, this gives fans plenty of headbanging material when they witness one of his upcoming VOYD shows, especially with the first drop which is sure to put listeners into a state of disbelief.

A simplistic entrance into the track that will have fans listening to see how it builds up, this track has one of the more minimalistic drops but doesn’t mean that it lacks in anything that the other tracks have. ‘Demonic Curse’ instead gives us yet another side to VOYD with a ‘wavey’ soundscape.

Transporting us into space with ‘Rings of Pluto’, this just pushes forward the fact that this project is born from something unearthly and out of this world. Scintillating synths against a backdrop of devious and stimulating melodies clash together with a force so great that it has almost become deadly; a true testament to the power of ‘Rings of Pluto’.

“You have disturbed my slumber”, says an intimidating voice. Letting us know the exact punishment for that, the drop slaps listeners in the face with an incomprehensible amount of watts to the eardrums that will render them powerless, leaving them with no choice but to succumb to the rhythm and headbang along. 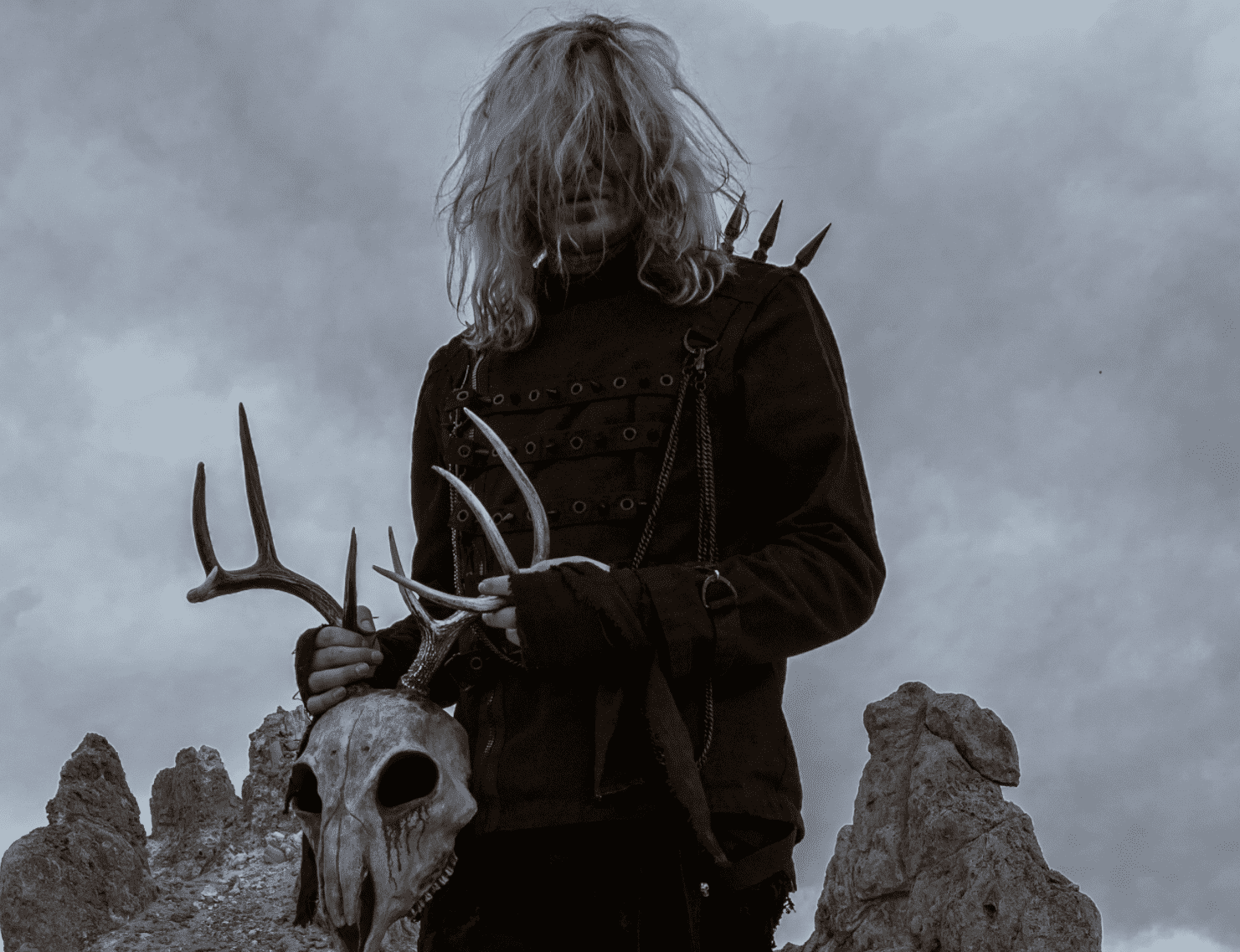 Heading into the ‘Valley of Darkness’ with one of our last – but not least – acts, this track gives us an eclectic drop that adds a pinch of euphoric melody, covered with spice in the form of a powerful bass.

Although the shortest track on the album (not mentioning the acts that split the album’s tracks up), ‘Twilight Reflector’ eases on the heaviness, acting as the light at the end of the tunnel, and if the tunnel is the album then we never want to leave it. A short yet sweet piece of melody, it is the perfect ending to this wild journey that fans are going to go on with the tracks that precede it.

‘VOYD VOL. II’ is out on all streaming platforms here, and you can listen on Spotify below.