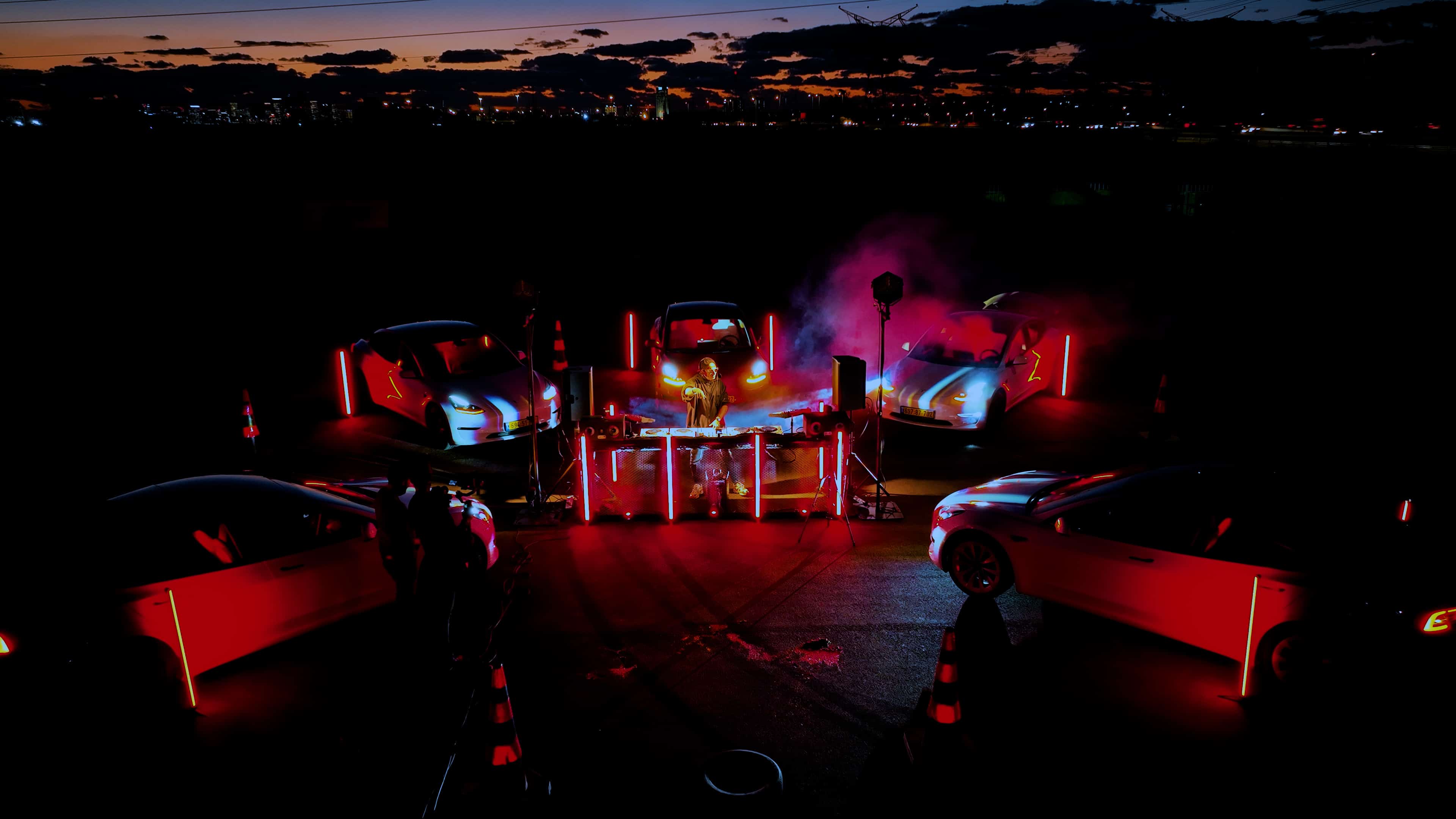 Blessing us all with the most unique of live sets, MR.BLACK unified his love for music with that of the technology behind electric vehicles. Teaming up with no other than TESLA Motors, the Israeli-based DJ/producer created the most electrifying of experiences, as his Lift Your Energy live set was powered by the innovative energy that each vehicle emits, whilst his captivating style of play was perfectly conveyed through the mind-blowing selection of music throughout the entirety of the live set.

Kick-starting the proceedings with the TESLA Intro soundtrack, MR.BLACK ensured that the most enticing of sound(s) would follow, as the extended mix of his acid psytrance single ‘Acid Rave‘ had us all hooked from the off-set. Taking viewers on the most energetic of journeys, the extended mix of ‘Dancing All Night‘ under his very own alias HYBIT, was soon followed by MR.BLACK’s Bootleg remix of ‘Something‘ by Lasgo. Injecting his signature sound deeper into our veins, ‘Take Control‘ is yet another psy-trance masterpiece under his aforementioned moniker, with the track also released on no other than Hardwell’s, Revealed Recordings. Adding a nostalgic element to his set, MR.BLACK’s 2022 take on Darude’s iconic classic ‘Sandstorm‘, lifted the spirits even higher, before being followed by the most acidic of sounds through his very own remix of Kai Tracid’s, ‘Trance & Acid.’

Leaving no room for a breather, MR.BLACK unveiled his 2022 Bootleg of ‘We Are One‘ by Chemistry, before then adding a touch of future rave, through his very own psy mix of ‘Flame Alive Again‘ by David Guetta & Morten vs. ARTBAT. The HYBIT remix of his collaboration with Offer Nissim, ‘Show Me Love,’ acted as the perfect track to transition ‘Hypnotherapy X Lavache‘, before MR.BLACK would go onto dropping his first ID for the live set. Another collaboration with Offer Nissim was also dropped, with his very own mix to their track ‘Mucho Bien‘ setting the tone just before the inclusion of another MR.BLACK remix, and this time round in the form of his hit single ‘In My Mind.’ Coming through with yet another 2022 Mix, ‘Top Of The World X Madagascar‘ had us all going wild, whilst his tracks ‘The Future‘ and ‘Konnichiwa‘ under HYBIT, elevate the set to even further dimensions.

Bringing the live set to a close, MR.BLACK revealed his edit to Kosheen’s, ‘Hide U,’ before then dropping his highly energetic new single ‘Shine‘ featuring Mark Sixma and MR.BLACK X Eyal Barkan and Yahel, ‘Voyage 2022.’ A captivating live set from start to finish, MR.BLACK has once again showcased his undeniable prowess when it comes to getting the crowd going, with each of his selections, a clear indication of what the future holds. Be sure to check out MR.BLACK’s Lift Your Energy live set below. Enjoy!