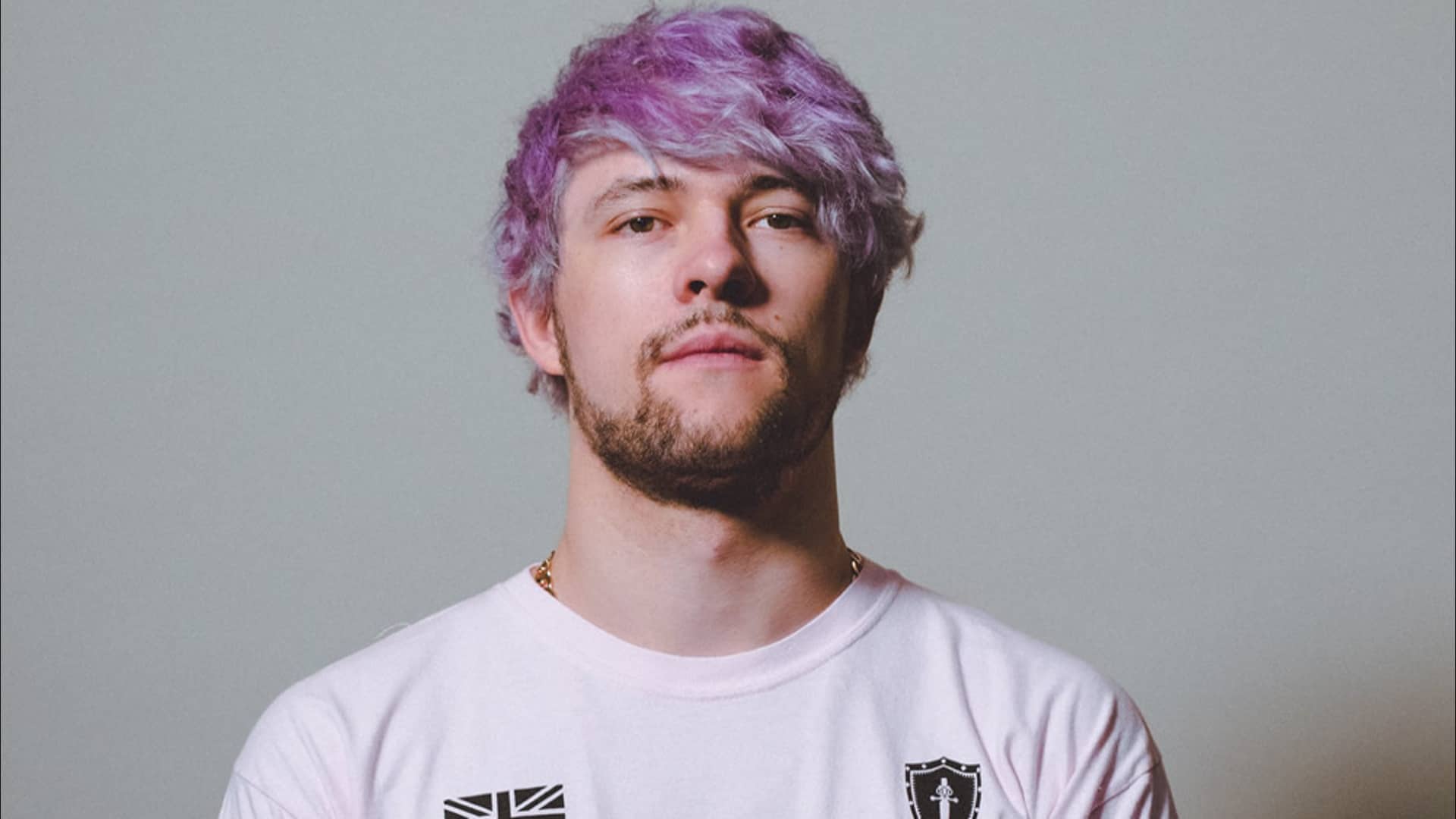 Blessing fans alike with the most mind-blowing of sound(s), Virtual Riot (real name Christian Brunn) has been exploring the realms of electronic music between an array of genres’, and in turn, has ensured that the most unique of end products are directly associated with each of his productions. Impacting the dance scene in more ways than none, theGerman-born DJ/producer leaves no doubt to the imagination, as his style of play varies through the experimentation of dubstep, future bass, and riddim, when focusing on just a few that is. Gaining traction on the regular, it comes to no surprise that listeners are enticed in a way that leaves anyone begging for more, with both his extended plays, and his very own studio albums’, further elevating the presence of this artist to watch within our community. With this in mind, we are more than thrilled to have caught up with the man of the moment, as he discusses his return on tour and the promotion of his ‘Simulation‘ album, the prospect of joining the hype surrounding NFTs, his side project ‘Still Kids‘, and much more.

You just dropped your ‘Simulation’ album in September and your Deluxe album back in February, now you are about to take the album on the road again for a few live shows. It seems like this body of work and this whole world of ‘Simulation’ means a great deal to you, tell us why?

It has been my first full album since the ‘There Goes Your Money’ album from way back in the days, which I don’t even consider a real album because it was just a lot of songs thrown together. This time it feels like a more cohesive release where I feel like all the songs fit into the same universe, but I’d like to expand on this with future albums and get even more conceptual with it. I grew up on concept albums from bands like Dream Theater and I’ve always loved the storytelling that a whole 60-70 minute album can do, and I want to explore this realm with electronic music. ‘Simulation’ is just the start.

‘Simulation’ seems like a perfect opportunity to possibly experiment in the world of NFTs. Is that something you are interested in? What other ventures outside of music have you been diving into?

I haven’t taken a dive into the world of NFTs yet but I bet there will be some opportunities or crossovers with the virtual reality shows I’m planning to do. I feel like with how current engines like the Unreal Engine 5 are evolving there are gonna be limitless possibilities for amazing interactive and immersive virtual experiences. I’d love to be a part of that with virtual DJ shows or things like that.

Tell us about your ‘Still Kids’ side project, do you plan on releasing more music with that?

Right now I’m focusing more on the Virtual Riot project again but I still want to explore a realm of cute electronic pop music with Still Kids. There are actually a lot of unfinished songs for that project still awaiting completion and I hope that maybe later this year I’ll find some time to give them some attention. 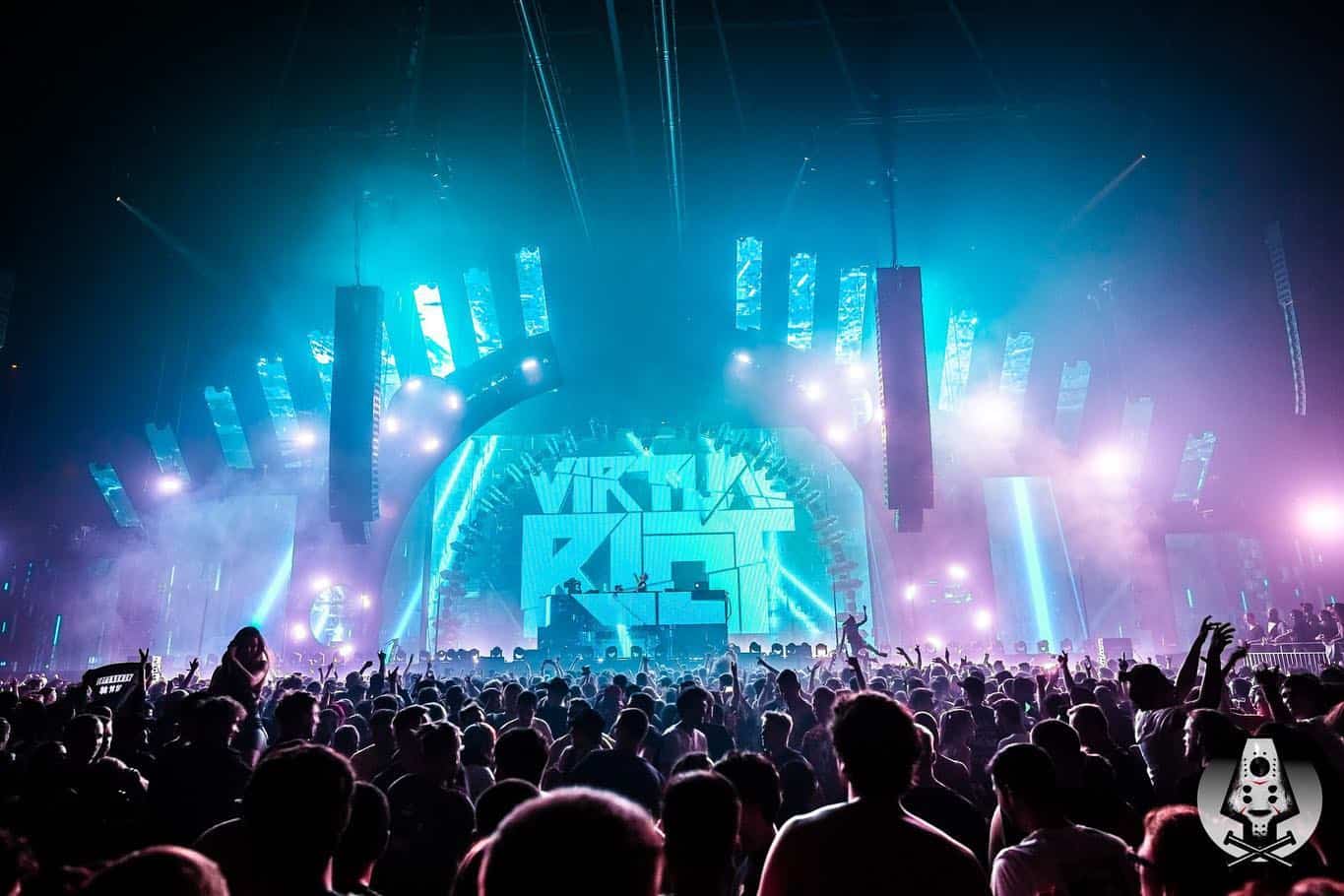 First of all, you had to cancel this Hollywood show the first time but now you are here gearing up to finally play this amazing venue. Tell us the importance this has to you and your career?

I’m actually kind of happy that the big Palladium Show got moved from the beginning of the tour to the very end. I’ve had more time to refine the set, work on new things and prepare visuals to go with the tracks. Playing in Los Angeles is exciting to me in general because after living here for the past 6 years this place has really started to feel like home to me and this show gives the tour kind of a nice full-circle moment.

What is it about this venue that makes it so special do you think?

It’s definitely a historic venue, tons of great acts have played there before and I’ve been part of a few shows there before but this is the first time that it’s actually a headline show so that part definitely makes this very special for me.

For fans coming to the show, in terms of music, what can they expect?

A nice blend of loud noises and dreamy melodies, a bunch of new things I’ve never played before and some surprise guest appearances.

You have mentioned before that this will be your biggest production yet. Without giving too much away, tell us what you’ve been working on in terms of that?

My VJ and I have been working together a lot the past few weeks to prepare a lot of new visuals for the show and for the first time I’m actually bringing in my own LD as well for a proper timed light-show. We have come up with some cool stage design that I can’t wait to see in action myself plus a ton of lasers.

You are bringing Nurko, Lektrique, Akvma along with you to play at the Hollywood show. What is it about them that made you want them to be a part of this and why do fans need to come early and see these artists?

Nurko has been supporting me on the tour for a while now and his sound is a great fit for the whole show, plus Jack is also a really cool dude. Lektrique I have known for many years now and both him and Akvma actually have collaborated with me on songs on the ‘Simulation’ album. I wanted Akvma to be a part of this because she really deserves some attention for the crazy music she’s been putting out and my boy Lektrique is a great fit to bring in some variety between all the 140bpm headbang music. 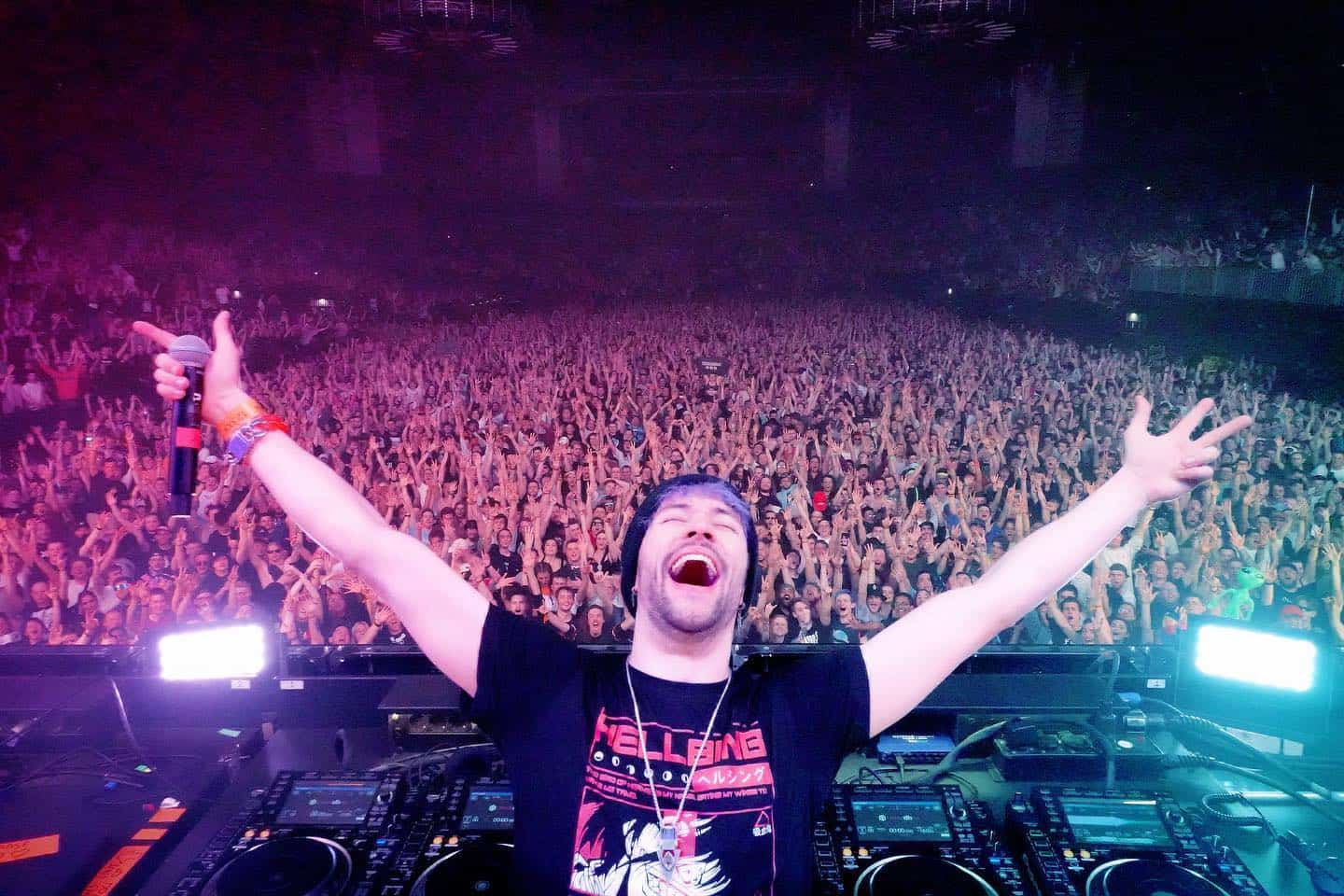 That’s hard to say, my shows at festivals like Rampage or Lost Lands were obviously bigger in size but for my own headline show this is definitely the biggest I’ve done so far!

For those still considering buying a ticket, what would you say to them to make sure they don’t miss out on this one of a kind experience?

If you want to rage in a mosh pit or just stand back and enjoy the pretty lights, you will get all of that and everything in between.

More than set on taking the dance industry by storm, this genre-defying artist is most definitely one that we will be keeping a close eye on as time progresses. Combining electrifying productions, with the most scintillating of live shows, Virtual Riot ensures nothing less than the most energetic of vibes, and we are all for it. Be sure to stay up to date with all things Virtual Riot, by following this multifaceted artist on Facebook, Instagram and Spotify.