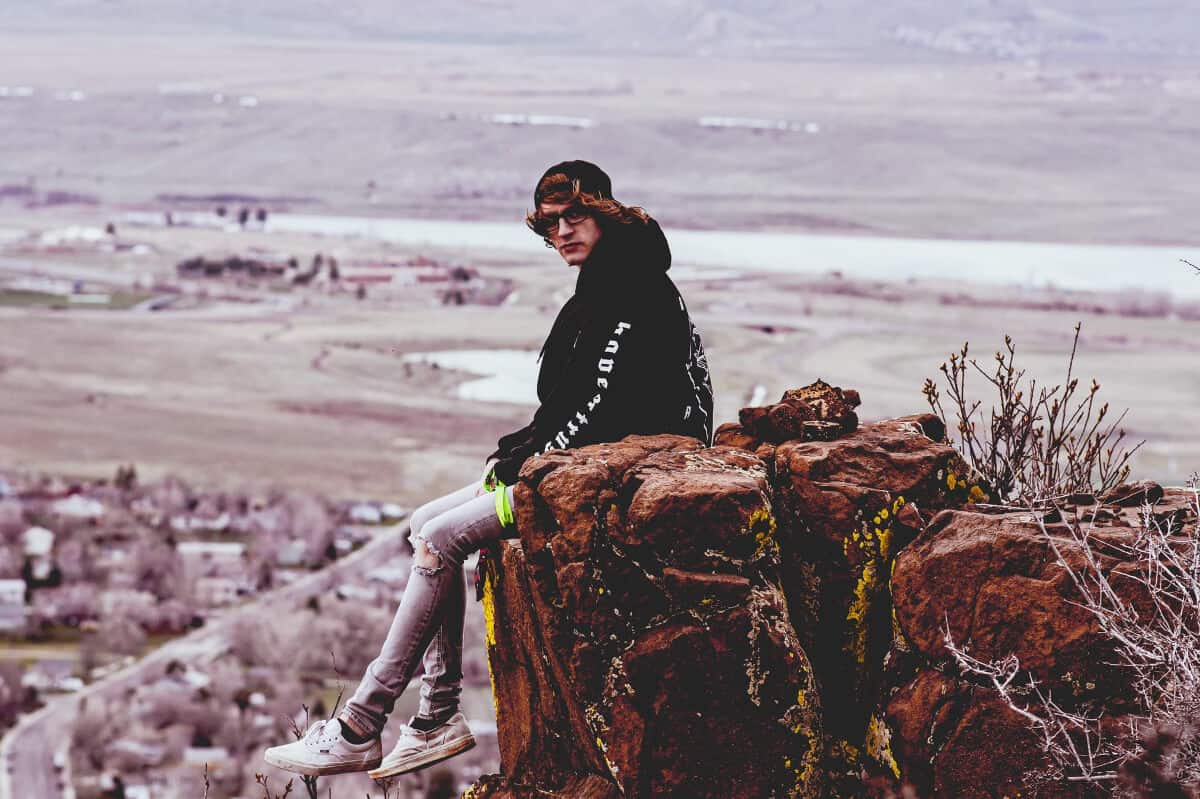 Taking the electronic dance industry by storm, one fire track at a time, Kris Cayden (real name Andy Dravecz) has just blessed us all with a body of work like no other, entitled ‘Daydream In Color.’ A full-length album that will have anyone feeling some type of way, each of the twelve featured tracks represent a wider meaning on how significant music can be when incorporated with real life stories, and in turn, is more than set on leaving a lasting impact on whoever is lucky enough to get their hands on this breathtaking work of art.

Having gained the support of some of the biggest names within our community, as well as performing at clubs and festivals worldwide, Kris Cayden is the epitome of an artist that has mastered his craft to the utmost of perfection, and we are all for it. Wrecking bass frequencies for a living, it comes to no surprise that the dubstep scene has gained the most innovative of ambassadors, and although his prominent style of play is what helps him stand out, this latest album further indicates the true versatile nature of this rising star, as he ventures through an array of sound(s) in the most scintillating of fashions.

“With this album I specifically tried writing a cohesive story for anyone who daydreams about the best life possible. For me, it was daydreaming about people I’ve lost, coming back and never leaving but music is all subjective and I just hope everyone listens and daydreams about whatever they desire or want most in this life. This album is also not just dubstep, I honestly just write whatever I feel like, I’ve never wanted to pigeon hole myself into one genre. I’m open to every single genre of music, guarantee there is some fire opera out there.” – Kris Cayden

Portraying the most emotive of messages, each track on the album acts as a clear representation of everything that Kris Cayden has set out to achieve thus far in his career. From the opening track, ‘All Your Love,’ it becomes evident that listeners are set to embark on an emotional rollercoaster, whilst tracks such as ‘One Night‘ and ‘Come Alive,’ further set the tone of something spectacular that is looming to unfold before our eyes. Incorporating his unique style of play in a fashion that will entice even the toughest of audiences, tracks such as ‘Menace‘ and ‘Fireproof‘ will leave anyone begging for more, whilst all in all, ‘Daydream In Color’ offers listeners a wider look into our scene’s most prominent of genre-defying artists. With this said, Kris Cayden further stated the following on the production of his latest album;

“Through quarantine I found myself more down then usual, this album was me trying to take my darkness and giving people light from my situation. I just want to thank anyone who has listened or is going to listen to in the future. ‘Daydream In Color‘ is hands down my best body of work and it took me a long time to piece it together.”

Out now, ‘Daydream In Color’ is more than set on leaving a lasting impact within our scene, with Kris Cayden once again showcasing the undeniable talent that he possesses when producing music as scintillating as it gets. An LP for the ages, be sure to check out in all its glory below, as we will most definitely be keeping a close eye on the man of the moment and all his future endeavors. In the meantime however, you can stay up to date with all things Kris Cayden, by following him on Facebook, Instagram and Spotify. Don’t forget to leave us your own thoughts in the comments section. Enjoy!