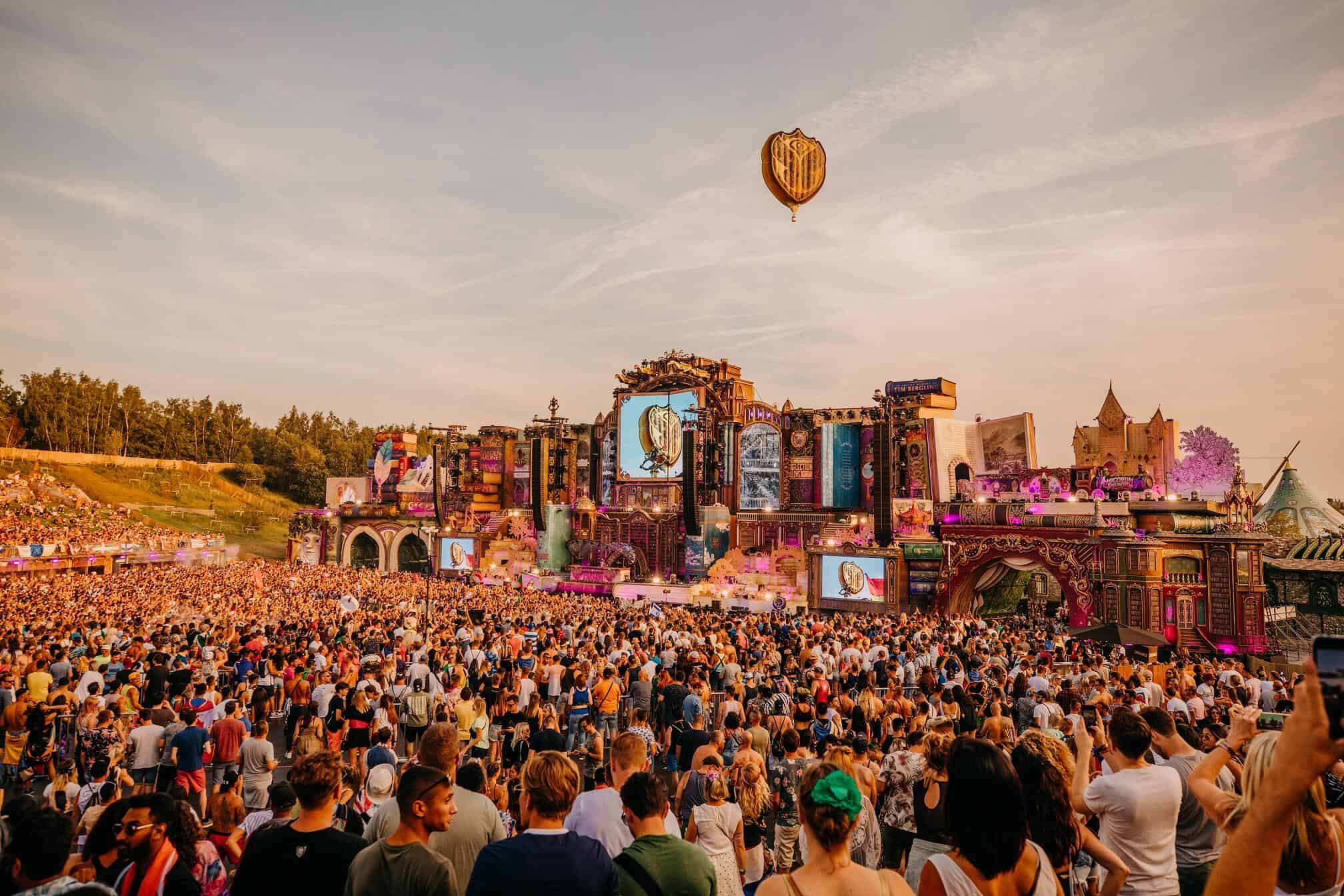 Tomorrowland 2022: Introducing the many different stages of this year’s edition

The anticipation is building ahead of a mega edition of Tomorrowland 2022, with world-class talent set to take to its stages across 3 straight weekends.

After two years away due to the pandemic, the world’s biggest electronic music festival is set to re-open its doors to thousands of fans later this month, from July 15-17, 22-24 & 29-31. With it being the biggest edition to date, having extended for an extra weekend, we can expect lots of surprises as the festival gets underway in just a few days’ time. As usual, there will be a lot on offer for dance music fans to enjoy, as Tomorrowland yet again brandishes a limitless number of stages at which you can party the night away. We have outlined some of the ones you have to visit below!

You may have already caught a glimpse of this year’s Tomorrowland mainstage online, however, if you haven’t, one thing is for certain… it is HUGE! You may well recognise it anyway, as it is similar if not the same design as the one we witnessed in the Around The World streams back in 2020. This year, the stage designers will again utilise every inch of space, making the most of elaborate designs and LED panels throughout. The Reflection of Love mainstage will play host to some of the electronic music scene’s brightest stars, with the likes of Martin Garrix, Alesso, Dimitri Vegas and Like Mike and Charlotte de Witte set to take to the world’s most coveted turntables.

Moving focus away from the mainstage, many would consider the Freedom stage to be the second most popular stage on the Tomorrowland site, so of course, it returns for 2022. Following a partial collapse during the previous edition of the festival in 2019, the stage is stronger than ever and ready to create some more incredible moments. Expect to hear eclectic sounds rolling out of this arena, as it’s scheduled to bring together an eclectic blend of progressive house and hardstyle across the 3 weekends. Dutch outfit Q-Dance will take over every Saturday, and the stage will also play host to some of the highlight moments of the festival this year as Eric Prydz brings his HOLO production to the party every Friday; make sure you don’t miss out on that.

This 32-metre high tent structure is to return to Tomorrowland once more, having debuted back in 2018. Complete with thousands of lights and LED panels, this stage has forged a name for itself in recent years, brandishing unique and unprecedented audiovisual elements throughout. Abstract in its design, the Atmosphere aesthetic plays into the hands of the type of music that will resound within it each weekend. Inviting some of the finest names in industrial and melodic techno, you can expect to see Charlotte de Witte, Tale of Us, Amelie Lens and a special Adam Beyer B2B Maceo Plex performance on this stage among many more.

The CORE stage has received a facelift this year, as the organisers have finally made changes to the same stage design that had been used since 2017. It is also set to take influence from another of the digital Around The World stages that we saw online back in 2020, so it will be interesting to see how their creations spark to life with the additional magic of Tomorrowland. Be sure to check out this stage as illustrious names such as Seth Troxler, Mind Against, Adriatique, DJ Tennis and Maceo Plex are all set to grace it.

The lineup across the 3 weekends for this brand new stage is simply too good to not give it a mention. The Library is seemingly going to replace the Lotus stage that fans have come to know and love over the last few physical editions. Surely drawing upon influences from previous book-related stage designs, we can almost envision the sights and sounds of this structure already. Some of the most prestigious names in electro and progressive house are set to take to the decks in The Library, with Nicky Romero, MORTEN, Fedde Le Grand and Lost Frequencies among some of the most highly anticipated on its roster.

Little is still known about the Crystal Garden concept, other than it is taking the place of the Garden of Madness this year. Given there was a stage of the same name at Tomorrowland Winter earlier this year, you would think that the design would be transferred to the summer edition, however, the prior seems more suited to the colder climates and more intimate spaces. Like the winter design, we expect it to play to its surroundings, utilising water-type elements and mesmerising design features typical to that area of the Tomorrowland site. Whatever it looks like, it’s sure to sound good on the Crystal Garden stage as Diplo’s Higher Ground, Anjunabeats, Netsky & Friends, Sexy By Nature are all nights ready and waiting to go off.

Despite being one of Tomorrowland’s more intimate stages, The Rose Garden has seen some of the most spectacular stage designs in recent years, made recognisable by the animated dragon structure that often loomed above it. Not much has been mentioned about its design this year, but with it being Tomorrowland though, you can expect something incredible as always. Add to that a mouth-watering procession of DJs, and you have all the ingredients of another unmissable production. Be sure to give it a visit, especially on the Sunday of each weekend and the stage pays homage to the “Golden Era” of EDM with 2010-2012 sets all night long.

So there are our top picks of stages you have to visit to maximise your Tomorrowland experience should you be attending this year. The list does not end there, however, as the famous festival offers stages into double figures, both big and small; a remarkable feat considering organisers are going to extra lengths to reduce noise for its neighbours for 2022. If you can’t make the festival, you can still immerse yourself in the Tomorrowland magic via their 21-day livestream. We will be bringing you updates on how you can tune in later in the week, so keep your attention here with We Rave You!