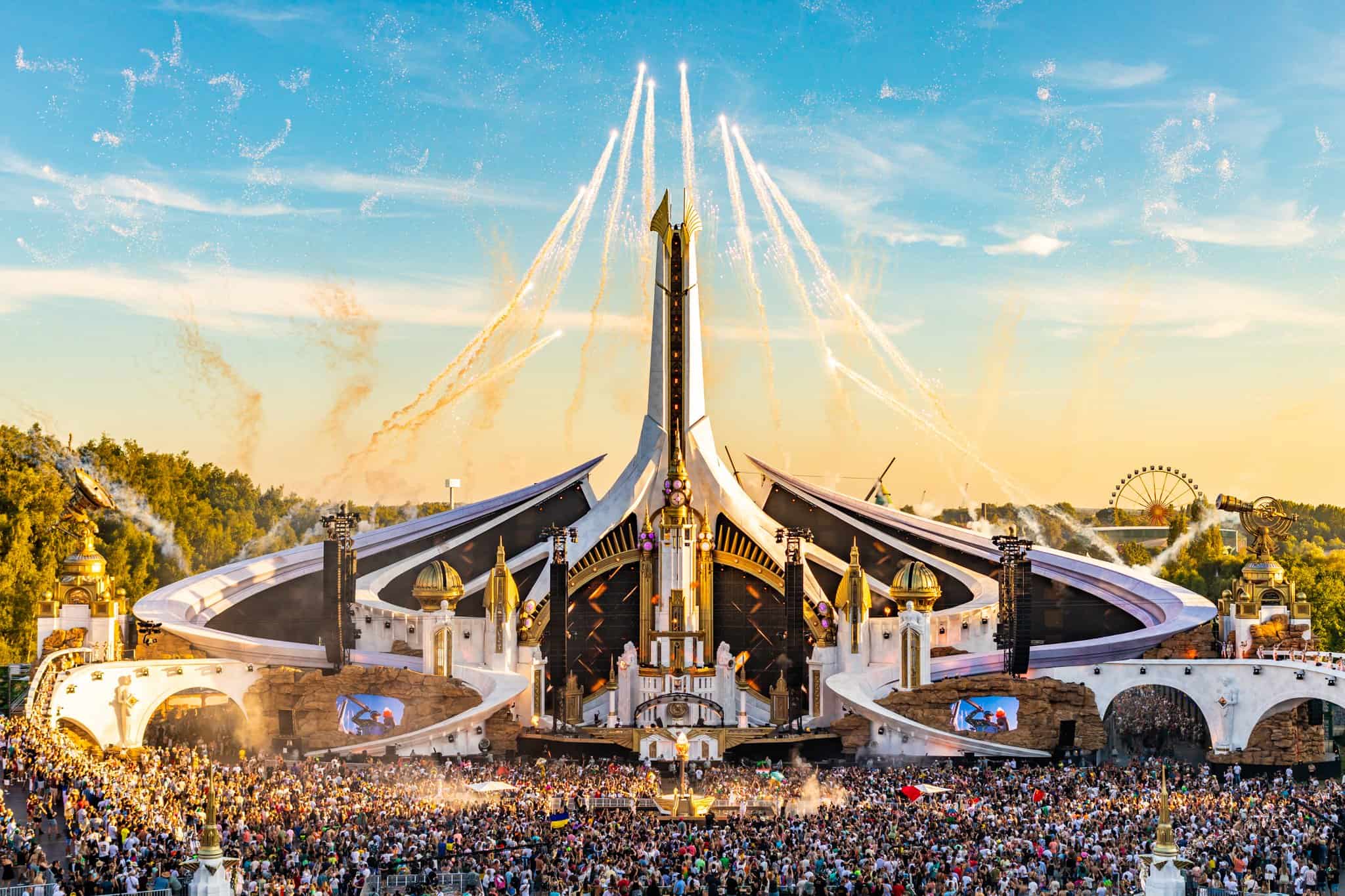 Tomorrowland 2022 weekend 2 is fully underway now, and Tomorrowland have uploaded its streaming schedule for the weekend for those who will be tuning into all of the action from home.

Following an explosive start to this year’s Tomorrowland season with weekend 1, the momentum is carrying on as we go into three more days of action from today up until Sunday, before it all concludes with the third weekend next week. The much awaited streaming schedule for the next few days is up, and those tuning in from home will get to see all of the main action from the ‘Reflection of Love’ mainstage and the Freedom stage.

Today, Mike Williams and MORTEN kicked off streaming proceedings with unforgettable sets on the mainstage, whereas Yotto features as the first artist to be streamed today at 18:00 CEST on the Freedom stage, followed by Kölsch at 20:00 and Joris Voorn at 21:30. Back over on the mainstage, later on tonight we’ll be treated to sets by the likes of MEDUZA, Lost Frequencies live, Armin van Buuren and then Steve Aoki who rounds off the Friday night fun.

Tomorrow is equally as packed full of action, with Third Party marking their mainstage debut at 16:30 as the first set to be streamed of the day, and Ran-D also kicks off the Freedom stage at 17:00. Afterlife fans will be in for a treat as Tale Of Us take to the mainstage, with Sunnery James & Ryan Marciano, Tiësto, Dimitri Vegas & Like Mike and Marshmello all following. Hardstyle continues to take over on the Freedom stage with the likes of Sub Zero Project, D-Sturb, Miss K8 and Partyraiser.

Saying goodbye to another fantastic weekend, the mainstage is closed out for the weekend by Alesso, who also kicks off the Freedom stage in a double helping with his mysterious Eclipse side project. In one of the most stacked Freedom stage lineups so far, ARTBAT, Solomun and Reinier Zonneveld all follow one after another with lengthy sets that aren’t to be missed. Back over to the mainstage, and NFT project Ape Rave Club marks a historic performance as being the first-ever NFT artist to play the event. Mixing up genres, we’ll also see FISHER, Purple Disco Machine, Da Tweekaz and Ofenbach all smash it with their sets.

To see the full list of names that you can catch on the stream during Tomorrowland 2022 weekend 2, see the schedule below. To watch the stream, check out our handy guide here. 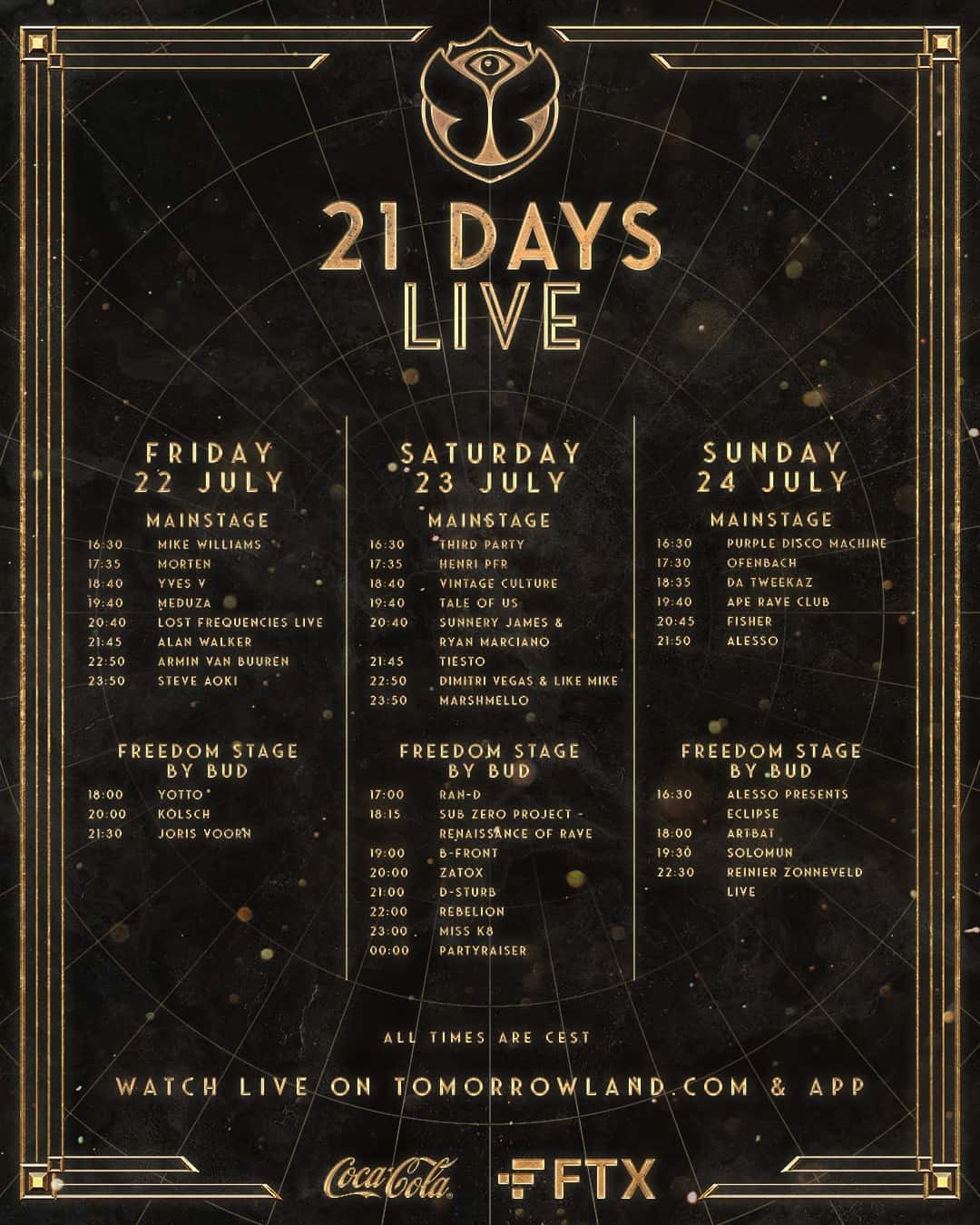