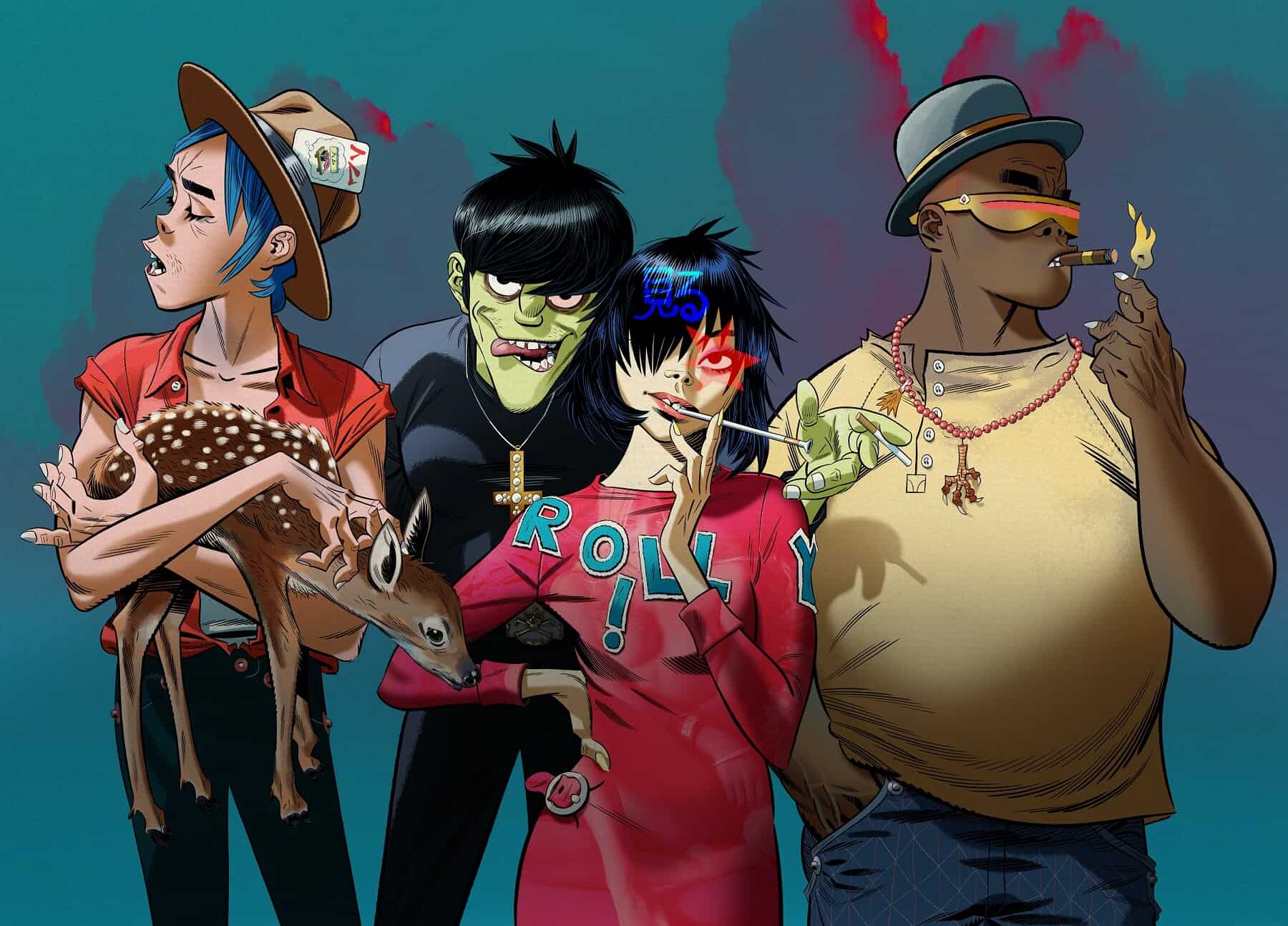 Gorillaz kicked its fall concert season by bringing out many guests for an unforgettable musical journey. At its recent performance at Inglewood, California, they brought Schoolboy Q, Thundercat, Del The Funky Homosapien, Beck, Tame Impala and among others De La Soul.

After the animated intro, the band and singers took centre stage at Kia Forum. That is where the magic started. With a minimalistic stage production and a screen with Gorillaz cartoons throughout the whole performance, the concert started with songs “M1 A1” and “Last Living Souls”.

After seven songs, the virtual band began to bring out guests. Starting with Schoolboy Q, Beck and Thundercat, the concert took another level. The same goes for Tame Impala and Bootie Brown on the new Cracker Island hit single “New Gold”. Del Funky Homosapien then joined Gorillaz for the second live performance of “Rock The House” in 2002. The last song of this show was the fan-favourite “Clint Eastwood”.

The lead singer Damon Albarn and the band proved they are still at the top of the game and after twenty years after the release of “Gorillaz”, they are still full of energy. Cracker Island is scheduled to release on February 24th, 2023.