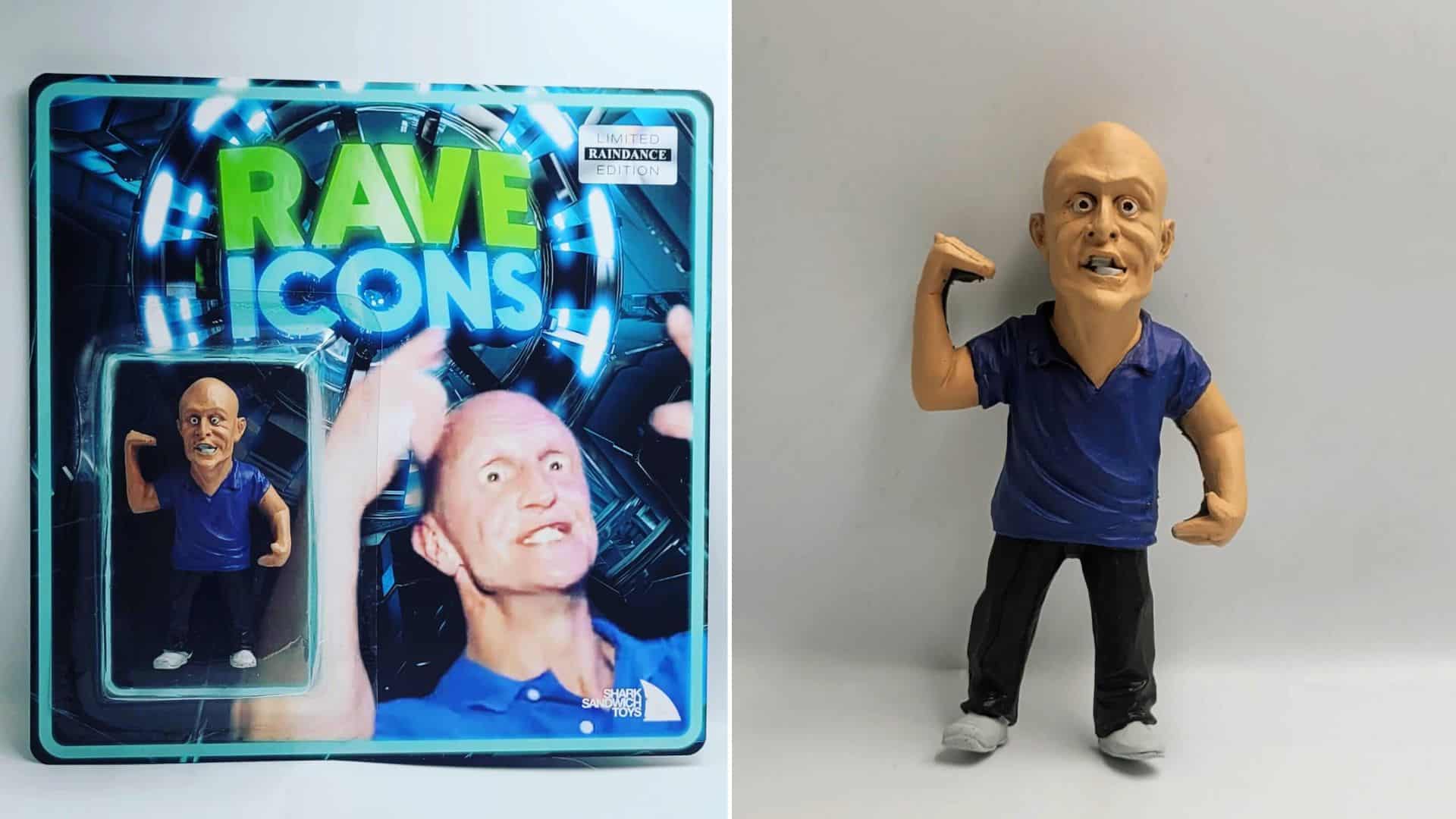 Joe Shark Sandwich has announced that it will add a new toy to it’s ongoing iconic collection, this one based off an iconic viral moment from a 2014 promo video for the Preston nightclub Runes.  The announcement of the Gurning Raver Raindance figure is an exciting and fun collectible for dance fans everywhere.

When the Bounce By The Ounce video was released in 2014, few could have expected the impact of the oddly assembled group of dancers who make an appearance throughout the video while showing off a wide array of dance moves.  One particular dancer who really left an impact was Shaun Jackson, who’s moves found himself the focus of meme’s around the world and earned him the title of the “gurner rave guy.”  Now fans have an opportunity to relive the viral moment in 3-D form with the newly released action figure from Joe Shark Sandwich.

Announced via social media, the UK toy maker has announced that the Gurner Rainer Ravedance action figure for £40 when posted within the country.  The post goes on to tell fans about an exciting meet up with the man himself, Shaun Jackson, for an opportunity to get the collectible signed.

“We’ve all seen the gurner raver video but now have the chance to own your very own piece of gurning history with the limited run of Rave Icons issue #1
Also, the man himself will be attending Raindance winter series party at Fetch Norwich on the 2nd December where the figures will be sold at a cut price and you’ll have a chance to meet the gurning raver and have you toy signed.”

For fans interested in attending the Raindance event, it is set take place on December 2nd, from 9 pm – 4 am at Fetch in Norwich.  Be sure to order your collectible now from Joe Shark Sandwich.