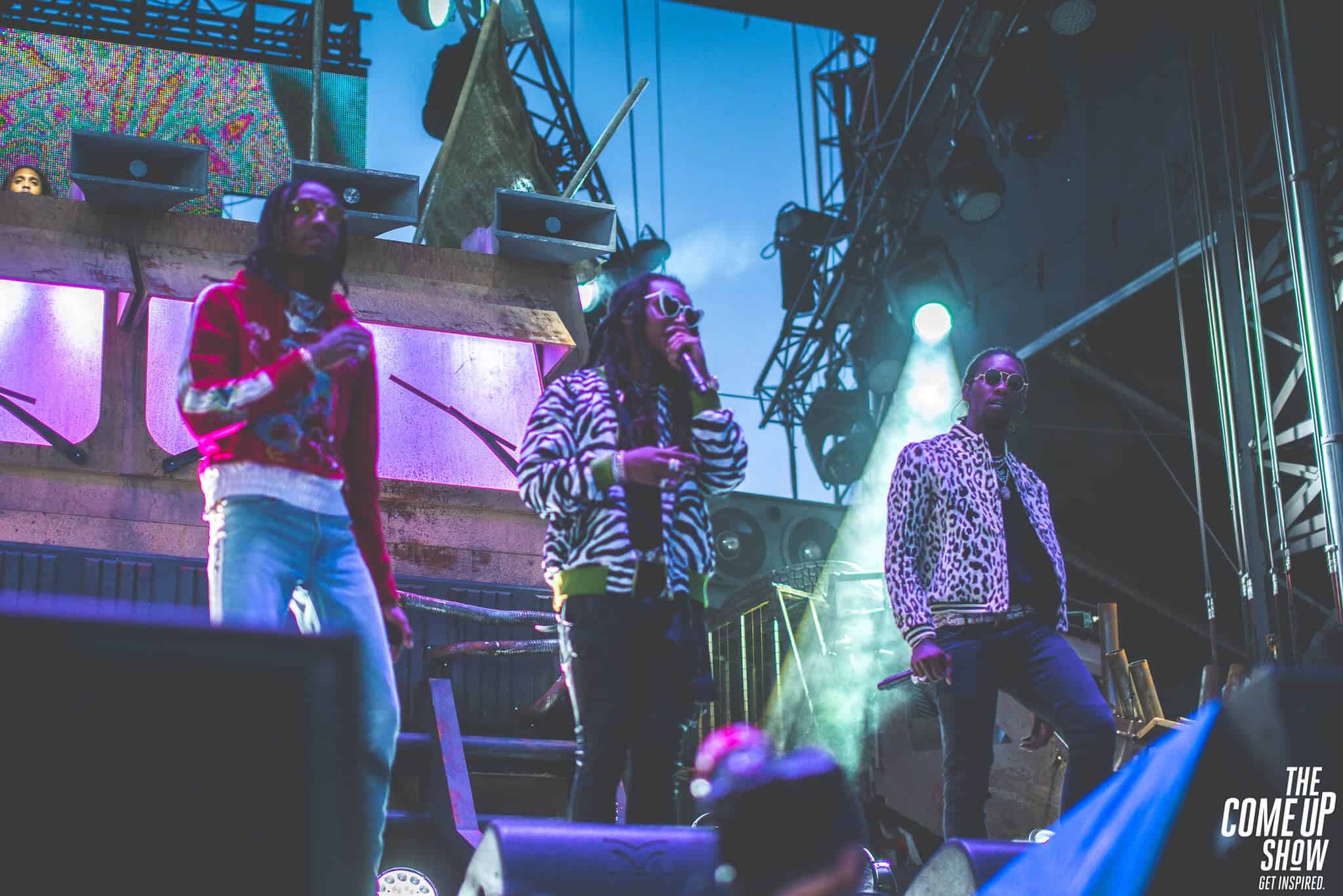 Migos rapper Takeoff has been shot and killed, as confirmed by authorities, over a dice game while out at a bowling alley with his uncle and band mate, Quavo, also inn attendance but unharmed from the altercation.  The shooting took place around 2:30 am on November 1st, and two other victims were taken to a local hospital to be treated for their injuries.

Takeoff, whose real name was Kirsnik Khari Ball, formed Migos with Quavo, whose real name is Quavious Keyate Marshall, as well as Offset, Kiari Kendrell Cephus, who is Quavo’s cousin.  The group found early success after releasing their debut mix tape Juug Season in 2011 and would go on to release four albums as well collaborate with many high profile artists such as Drake, Gucci Mane, Nicki Minaj and Calvin Harris.  Despite the success of the group, as of late, the members were exploring new avenues, including most recently, Quavo and Takeoff released an album as a duo, titled Only Built For Infinity Links on October 7th of this year.  Now with the death of Takeoff, who was just 28 years old, the fate of Migos’ future is up in the air as the family group will be grieving the loss of the rapper.  While details are still relatively sparse, it is known that a group of about 40 people were at an after party at Houston’s 810 Billiards and Bowling Alley, and while the initial event ended around 1;00 am, the party kept going into the night.  After the shots were fired, two victims were taken to the hospital in private vehicles while footage obtained from TMZ show Quavo and others gathered around the body of Takeoff laying on the floor.  Full details over what caused the altercation as well as the identity of the shooter has yet to be released as authorities continue their investigations.  All of us here at We Rave You send our love and condolences to Takeoff’s friends and family as we mourn this tragic loss of life.

Image Credit: Charito Yap for The Come Up Show via Flickr | License: Attribution 2.0 Generic (CC BY 2.0)