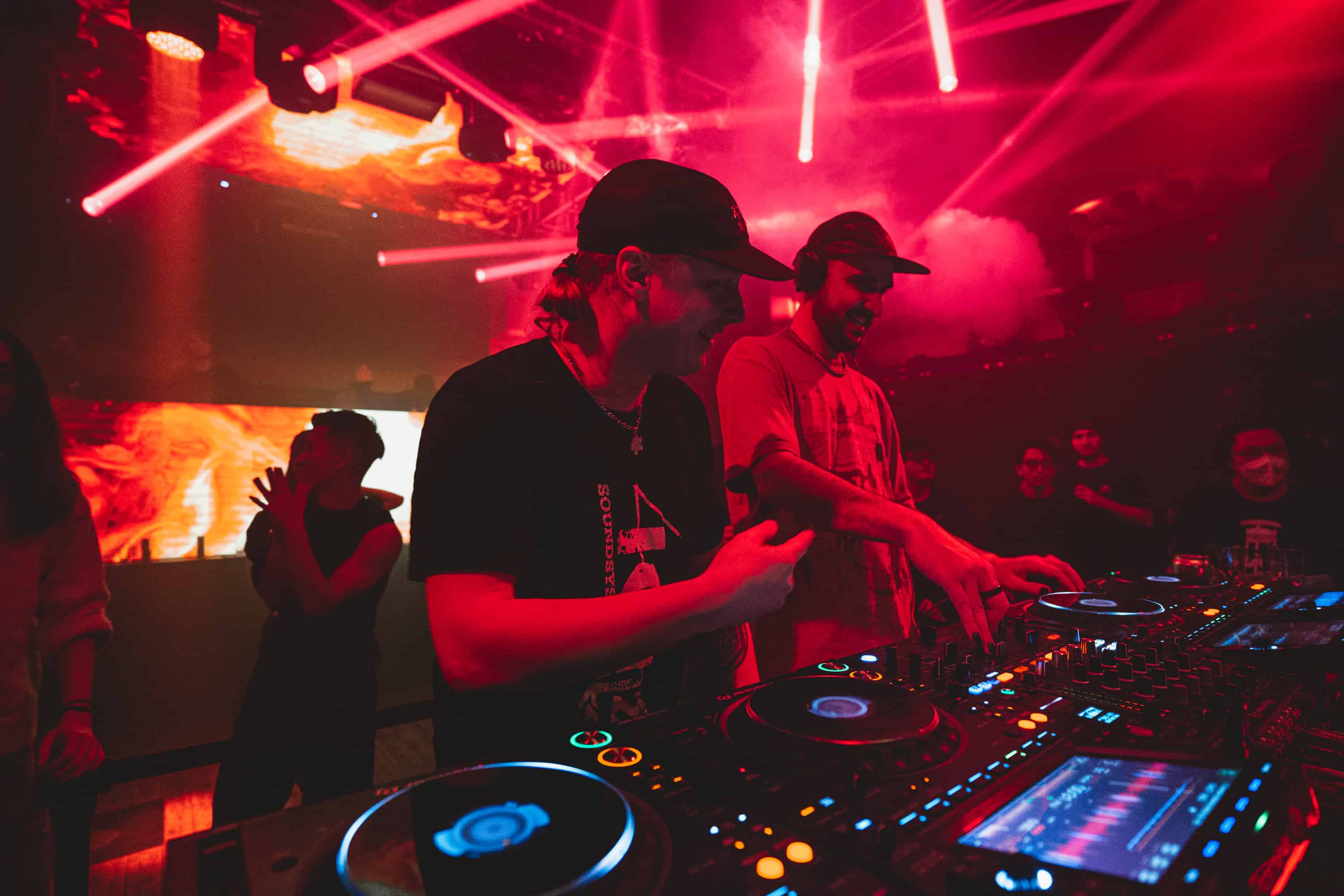 Featuring a few of the finest trap and bass producers who continue to bless listeners with releases as they explore the realms and dig deeper into their experimental production style, We Rave You is pleased to reveal the tenth edition of our Trap and Bass Essentials featuring Ternion Sound, Chime, Rich Delinquent, O Cinnedi and Orbital.

Kicking it off as we approach the holiday season, the heat in terms of trap and bass releases has not slowed down any time soon. Revealing our tenth edition of Trap and Bass essentials, We Rave You is excited to feature globally recognized artists Ternion Sound, Chime, Rich Delinquent, O Cinnedi, and Orbital.

Making their Japan debut and calling upon their global fan base for an immersive set at the legendary venue known as WOMB Tokyo hosted by LOW LIFE,  the amount of talent Tokyo has to offer is unmatched. With LOW LIFE inviting Ternion Sound as the headliner followed by support acts from no other than Herbalistek, CITY1, and many more, WOMB was going off right from the start.  Ternion Sound played a late-night set that truly felt boiler-room inspired as they continued to induce fans into a trance-like state as reverberating bass signatures and slow-tempo madness became apparent. Absolutely destroying the dancefloor in the best way possible with their top-tier tunes such as “Reckless” VIP and of course “Yellow & Grey” VIP which had fans in Tokyo singing and dancing along to the beat. The bass scene in Japan is only continuing to grow stronger and LOW LIFE is taking off as they continue to bring in global artists for the masses in Japan. Be sure to listen to Ternion Sound’s recent track “Reckless” VIP below and connect with the legends here.

From the musical genius of Harvey Goldfinch, Chime is a groundbreaking project that infuses a variety of genres into an unprecedented style of production. Raised in Leeds, England, Goldfinch has been creating EDM since 2010 and has promoted his music under multiple aliases. One of his most iconic personas is Chime, which merges components of melodic and heavier bass elements into an exciting sound called “color bass”. Building on his extensive library of auditory marvels, the color bass pioneer returned to Monstercat today with his newest single, “Bring Me Back.” Taking listeners on a bass-fueled journey, the record starts off with a euphoric progression of echoes followed by a futuristic bassline, growing the track’s intensity. The soul-stirring drops deliver a spellbinding sequence of interstellar bass, making for an unforgettable dubstep anthem. “Bring Me Back” is the perfect amalgamation of Chime’s lauded sound design and risk-taking stylings that have cemented his legacy over the last decade. Listen to the electrifying track below and connect with Chime here.

Rich Delinquent is one of today’s brightest emerging pop stars. He seamlessly blends high-quality production alongside gripping dramas, each time offering listeners a hit of the beautiful drug that is Rich Delinquent. He’s capping off the year with his single “No Saint”, a hauntingly spellbinding tune that hovers around a chaotic lead character akin to Christian Bale’s Patrick Bateman in American Psycho. Set for release on Friday, Dec 9, “No Saint” promises to be Rich Delinquent’s most provocative song yet. Rich Delinquent brilliantly captures the mind of this possessed character through vivid songwriting and mesmeric production. Going “zero to one hundred” to “moving slowly” and watching the room spinning, the listener feels these bewildering emotions as trippy synth melodies seem to whisk you away into oblivion. Listen to the stunning track below and connect with Rich Delinquent here.

Embarking on her musical journey at age three, multi-instrumentalist and producer O Cinnedi is one of the most prodigal artists in the current spectrum of dance music.  Using this cultivated knowledge, O Cinnedi has spent over a year working on her origin story as an artist, The Seven Deadly Sins. This innovative project takes a dive into the darker side of music with a complex yet captivating storyline. It intertwines short films and elements of social media to give her audience an interactive first-person view of the auditory and visual adventure, featuring a scavenger hunt of symbolism to real-life concepts. After an immense amount of hard work and conviction, O Cinnedi delivers the grand finale of The Seven Deadly Sins: “Wrath”. The shadowy hypnotic sequences of bass throughout the track take full control of the listener’s mind, body, and spirit, locking them in for its entirety. “Wrath” paints the picture that your trauma will always be with you, so it is up to you to find the strength to bury it in the past and move forward. O Cinnedi’s ground-shaking soundscapes destroy her trauma, making her the conqueror of The Seven Deadly Sins. This epic conclusion will go down in history as the end of a transformative project that shapes the future of EDM and entertainment. Listen to the heavy track below and connect with O Cinnedi here.

Orbital has released their new single “Ringa Ringa (The Old Pandemic Folk Song)” featuring The Mediaeval Baebes through London Records. The track is the second to be taken from Orbital’s new album Optical Delusion set for release on February 17, 2023. Following the BBC6 Music playlisted lead single “Dirty Rat”, an incendiary collaboration with Sleaford Mods whose brilliant video has swiftly racked up half a million views. The opening track on the new album, “Ringa Ringa (The Old Pandemic Folk Song)” returns to an Orbital truism, that time always becomes a loop. A chugging, cyclical Orbital groove gives way to an unnerving past-meets-present timeslip as goth maenads The Mediaeval Baebes materialize to sing ‘Ring O’Roses’, the innocent nursery rhyme whose roots are in the Black Death. Listen to the track below and let us know what you think in the comments.