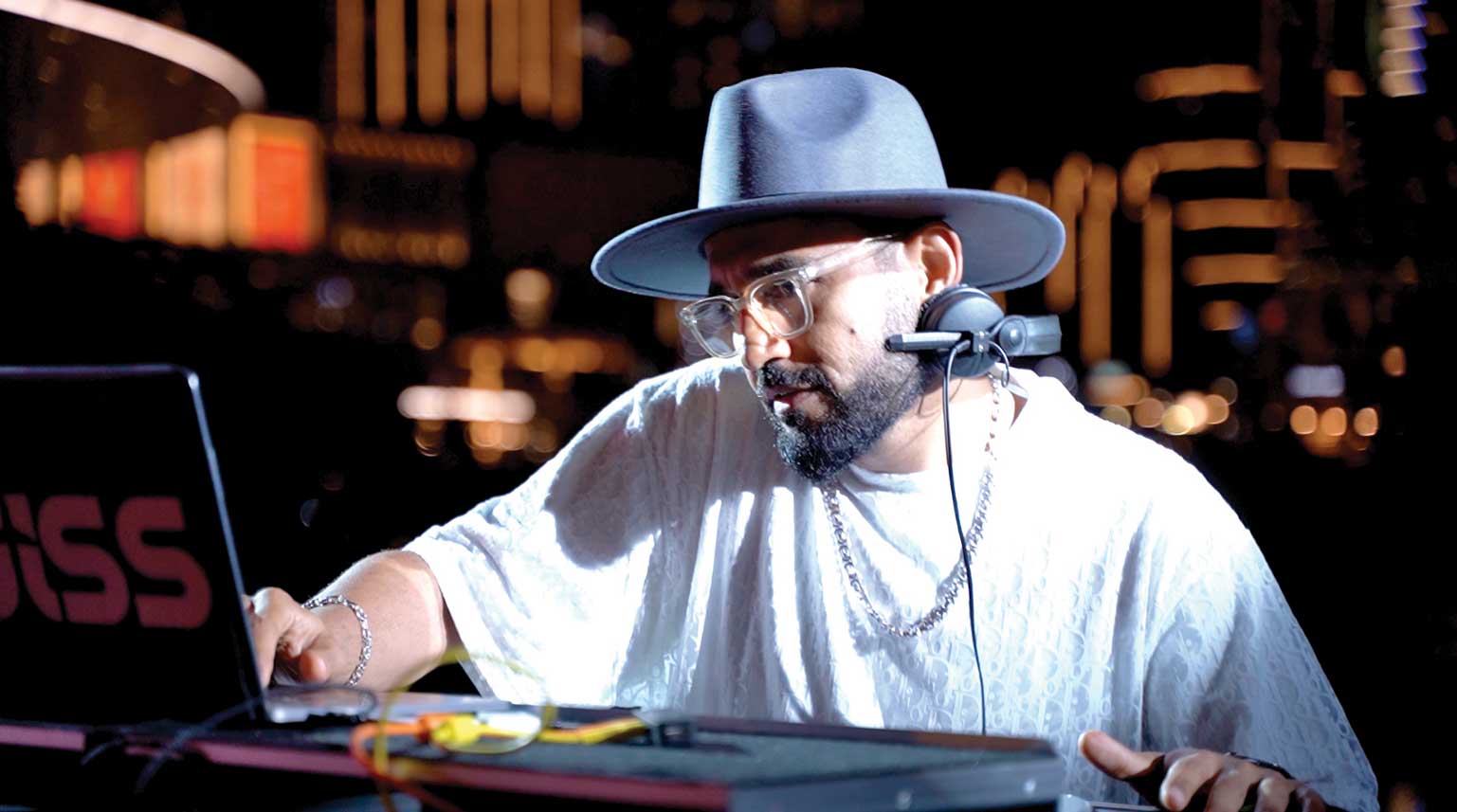 “Talent is everywhere, opportunity is not.” This quote summarizes the music scene in several cities around the world that are yet to make a place on the global music map. Dubai is one such city brimming with talents waiting to be recognized. Many budding artists worldwide are entering the music scene here and building solid careers. DJ Bliss, an Emirati DJ, is probably the first to make a difference. He is blazing trails in the Dubai music scene as a sought-after name in DJing. Now he has entered the global entertainment industry with Netflix as a lead in one of the popular reality shows.

Born and raised in Dubai, Marwan Parham Al Awadhi, popularly known as DJ Bliss, started his career in this city hoping to bring more focus to talents in the UAE. Choosing to perform in English has been quite challenging for the artist as he deviated from the trend. However, this also helped him carve a unique niche for himself. After storming the Dubai music scene and performing at some famous events in the UAE, DJ Bliss has added a new dimension to his career as a reality show star.

Earlier, DJ Bliss was a popular face in the UAE entertainment scene as a radio and TV presenter. As a music producer, he earned admiration for his refined sense of rhythm and notes. DJ Bliss had the opportunity to co-produce music with Wylef Jean. He also worked on a song in collaboration with Shaggy. He is the first DJ from UAE to have his album, Made in Dubai, chart on top at iTunes. DJ Bliss is also the first Emirati artist to sign with major multinational music companies such as BMG and the largest global music company, Universal Music.

DJ Bliss is quite a public figure in the UAE, so getting an opportunity from Netflix, a famous digital streaming platform, to star in a reality show was huge. He is currently a lead in the Netflix reality show, Dubai Bling. He is featured on an international level and is one of the first artists from the English music scene in Dubai to achieve such recognition. Now DJ Bliss wants to utilize this platform to pave the way for more UAE talents.

As an artist who made his way to the top in a challenging space saturated by global talents, DJ Bliss aspires to motivate others to follow in his footsteps. He believes that hard work and consistency never betray anyone. His message to all struggling artists in the UAE is to grind harder and continue pushing boundaries until the goal is achieved.

DJ Bliss wants to continue doing musical tours and perform at festivals worldwide. He hopes to see the international music platform flooded with more fresh talents from the UAE in the coming years. DJ Bliss is confident that the UAE has enough talent to fire up the international music scene. If these talents get the spotlight they deserve, then Dubai will never have to import talents. Instead, the UAE can export artists intentionally and mark its presence on the global music scene.