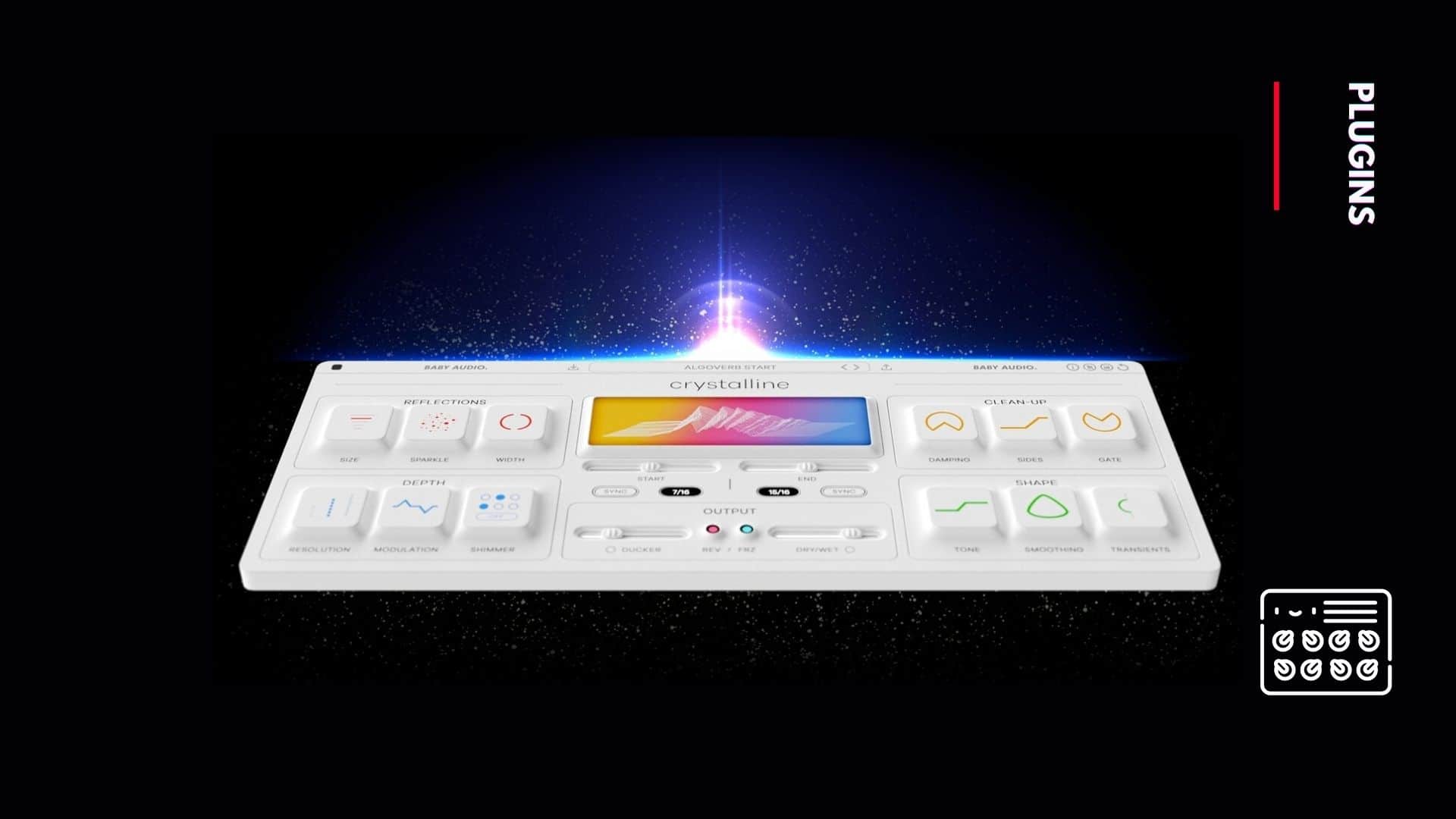 Baby Audio combined every single effect, from parallel compression to delays/reverbs, into a complete bundle consisting of 7 plugins. As an addition to their Spaced Out reverb/delay plugin, they announced the release of their newest reverb tool. Crystalline is called to be the studio reverb for the current era. Have a look down below to find out why.

As computing power has been developing at a rapid pace over the years, we’re coming close to virtually mimicking the circuitry of analog instruments. The quest for finding the perfect algorithmic reverb has been going on for decades, but it seems that there’s light at the end of the tunnel. As BABY Audio mentioned: ‘Crystalline stands on the shoulders of 60 years of chasing ‘the holy grail of DSP’.’

Crystalline is a next-generation reverb effects tool that chases the highest quality of artificial space. The plugin is built on top of the first algorithmic reverbs back in the 60s and has been packed with multiple new features. Control the size, width, and length of the reflections and come up with an extremely wide hall reverb or a dense room reverb. Inside the depth section, you can get your hands on the complexity of the algorithm (basic – pristine), pitch changes of the reflections, and the decay of the high-frequency section (2x, 4x, or 6x the length).

Use Crystalline as an EQ by removing both high-, and low-frequency content of the reverb effect or enable the mid/side function in order to remove stereo information from the low-end. Play around with the gate feature and let your imagination do the work, or re-create the legendary 80s gated reverb effect. Within the shape section, you can literally shape the reverb effect to your wishes by controlling the mood and behavior of the incoming signal. This is sent to the output section where you can use a ducking effect, reverse effect or a freeze effect to control the last details of the reverb.