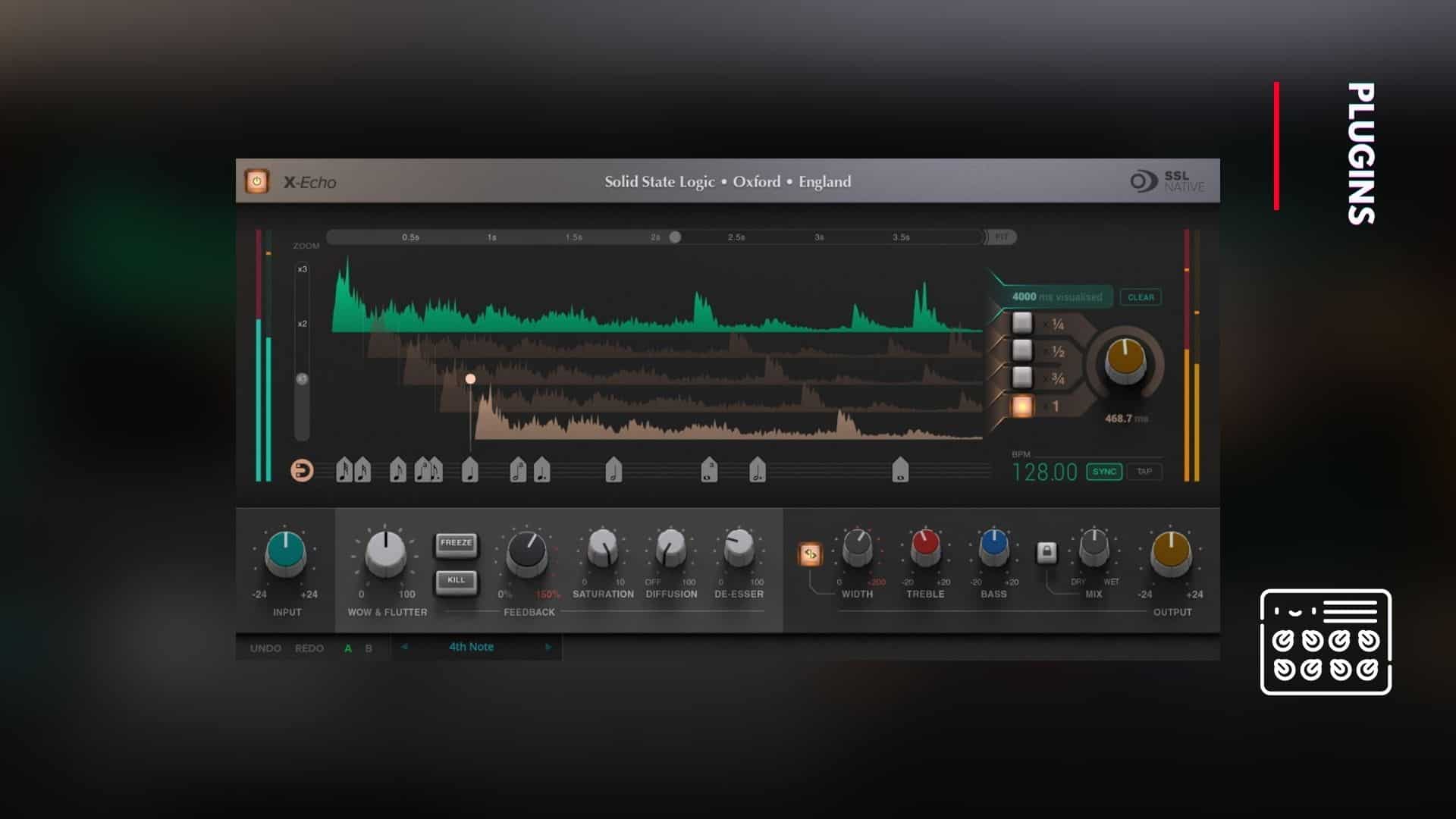 Legendary English music equipment manufacturer Solid State Logic has released X-echo, a vintage delay plug-in that calls back to the music scene during the time of the company’s early days in the late ’60s and 70’s.

X-echo, described by the company as being “inspired by the distinctive sound of early tape delay hardware”, is a versatile and powerful plug-in that does modern, experimental sounds as well as it does warm, classic tape delay. Features include advanced waveform visualization, 4 switchable tape heads, a built-in “de-esser” for controlling sibilant frequencies, diffusion control (with its own all-new reverb design), and freeze and kill switches that put a whole new level of control into the user’s hands. Take it from Jonathan Sandman, a product manager for SSL:

“The depth of different delay effects you can create with SSL Native X-Echo – from vintage grunge and shoegaze, to rhythmic and clean modern echoes – marks only the beginning of many more creative plug-in offerings from SSL that are currently in the works.”

Reminiscent of psychedelic music like Jimi Hendrix or the Beatles’ later catalog, tape delay has long been a staple of guitarists’ rigs; the implications for dance music are incredible. It could be the perfect tool for everything from trance to electropop, and regardless of whether you want to add an unmistakably vintage groove to your guitar tracks or add ambiance and depth to your overall sound, X-echo has got you covered. It’s an excellent option for everyone from the bedroom beginner to the studio pro. Selling at $199 by itself or starting at $14.99 a month in the SSL complete bundle subscription, it is available in formats including VST2, VST3, AAX, and AU. It will be 25% off until the 27th of November.

See the company’s official announcement here or check it out in the SSL online store here!