Beatport is one of the most influential online music stores for the electronic industry ever. Launching their site all the way back in 2004, at the time they had 79 electronic music labels in their catalogue which rose to over 100,000 tracks in just a year thanks to the brand becoming a more recognised name after collaborations with well-known DJs and partnerships with influential companies at the time. So far, they have won nine awards and as they celebrate their huge 16th anniversary, we break down some of the record-breaking figures that they have hit over the years.

One of their biggest and most impressive figures to date is just how many downloads they have had over the years. So far, 259 million downloads have been made purely through their site. For a website that started up in 2004, this is more than impressive and just proves how much of an impact this company has had on how people buy/stream their music online. In 2012, they hit the 100 million mark and it was raised to 200 million in 2017. The site also prides themselves on helping out independent dance record labels as much as they possibly can and their numbers prove this, with the company paying out a whopping $300 million to these labels which is way more than any other platform. This number continues to raise as they help out the community even more as the years go by.

Beatport isn’t their only channel though. Beatportal, Beatsource, Beatport Sounds, Beatport Hype, Beatport LINK and Beatport CLOUD are all subsidiaries of the brand and do thing like provide more ways to stream, take control of your own music library, get access to a wider catalogue range and many more things which are all aimed to make buying and streaming music and sounds as easy as possible.

Take a look at all the impressive figures in the chart below. 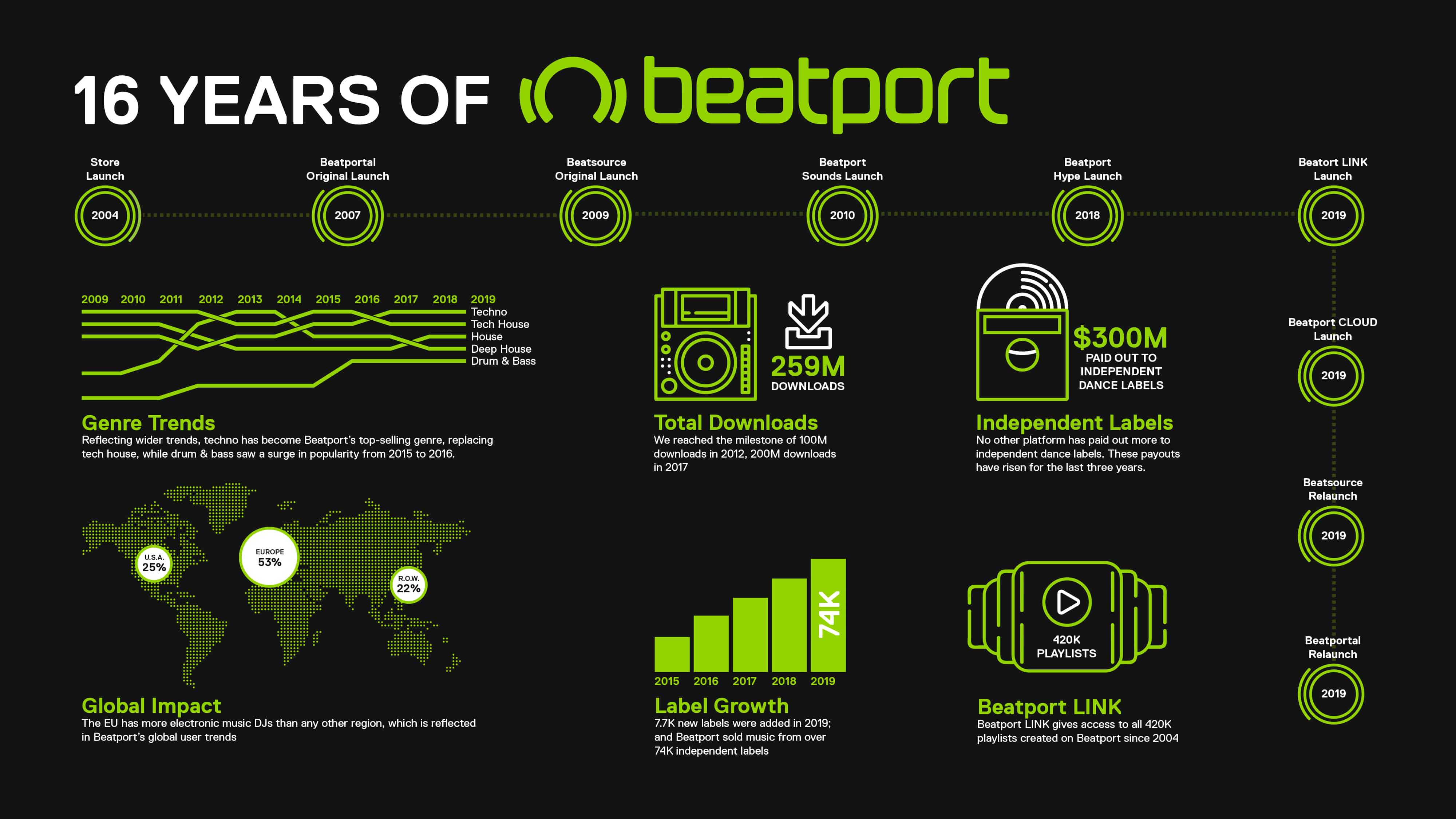