Don Diablo calls out person who sent him hate on Instagram

Being a famous musician means having your fair share of love and also hate. Of course, the best thing to do is ignore hate but sometimes it gets to the point where ignoring it is not an option. With the way Instagram messages are, it means that anyone can send a message to any verified account – it will just filter into message requests – and everyone has complete freedom over how they use their message feature and who they want to message. This means that fans and celebrities can interact much easier, but it also comes at a cost like we have seen in screenshots that Don Diablo shared the other day.

In the screenshots, an unnamed user spouted some pretty harsh words towards Don, which you can see below. 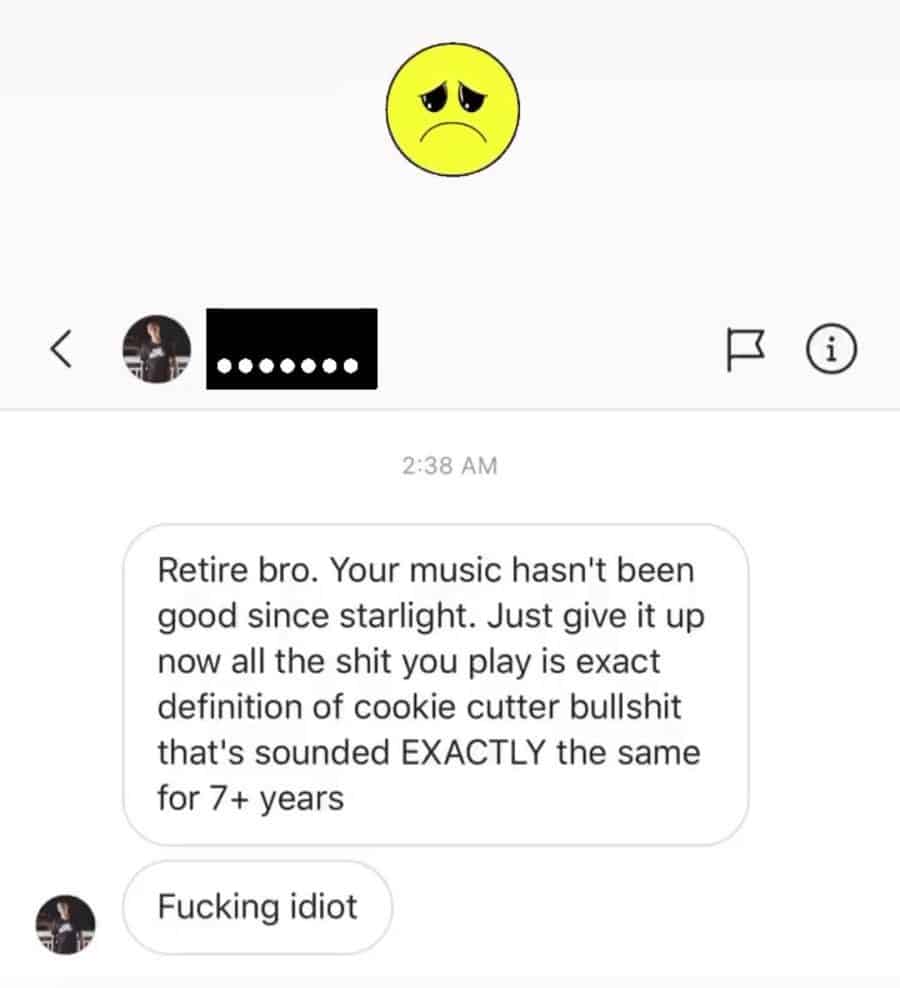 Ouch. Those are pretty harsh words to say to anyone, let alone an artist who is just doing what he loves. In true Don fashion though, he didn’t get angry and fight back. Quite the opposite actually, instead sending a long and heartfelt message back. 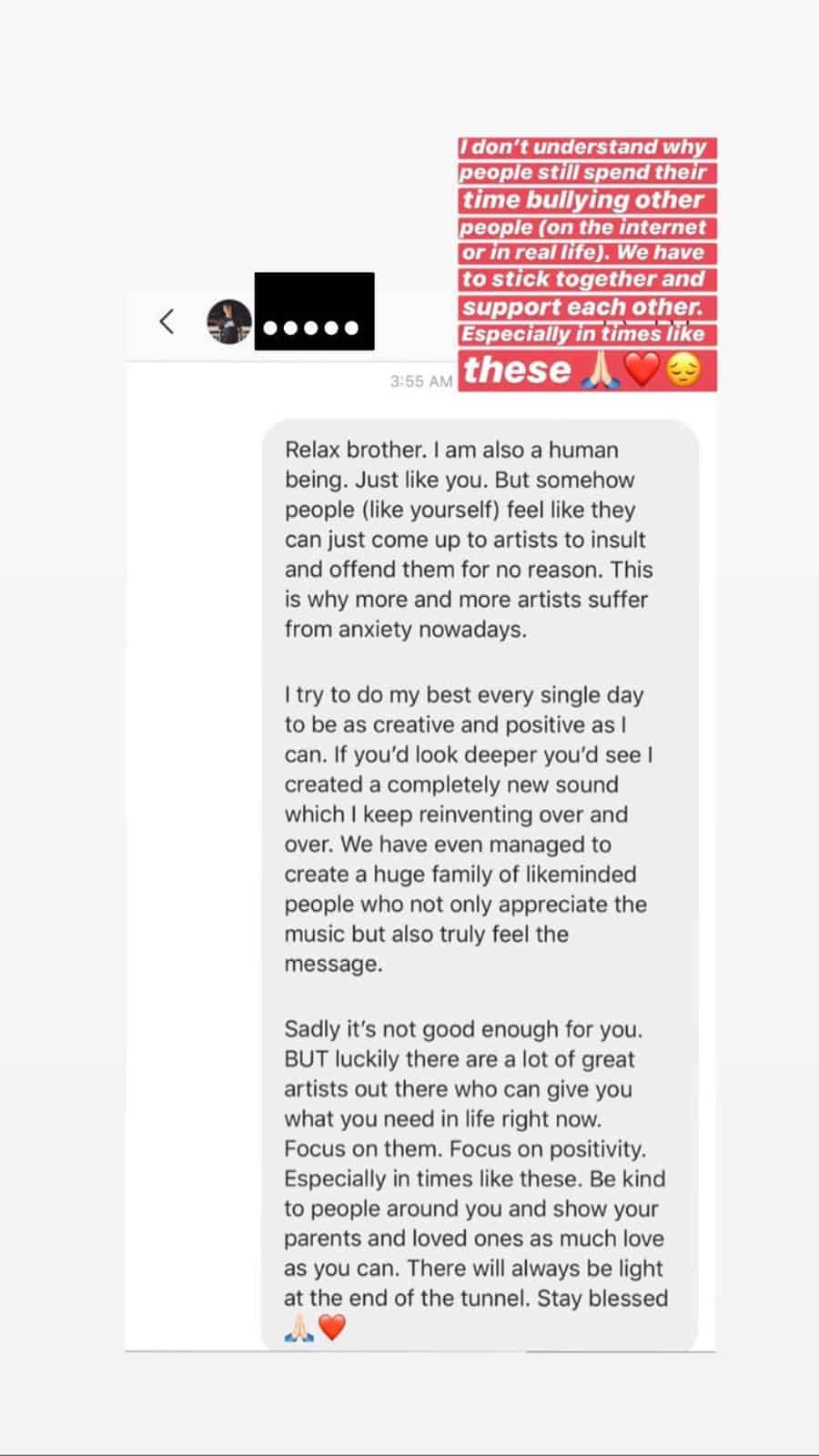 Stating that we all need to stick together – especially in these times – and lift each other up, he asked the person to be kind to those around him and explained that more and more artists suffer from anxiety because of messages like that. Not only did he teach him a lesson about being kind online to both strangers and people they know, his message was an inspiring beacon of positivity in the face of hate. Thankfully, the user replied and they both reconciled in the end. 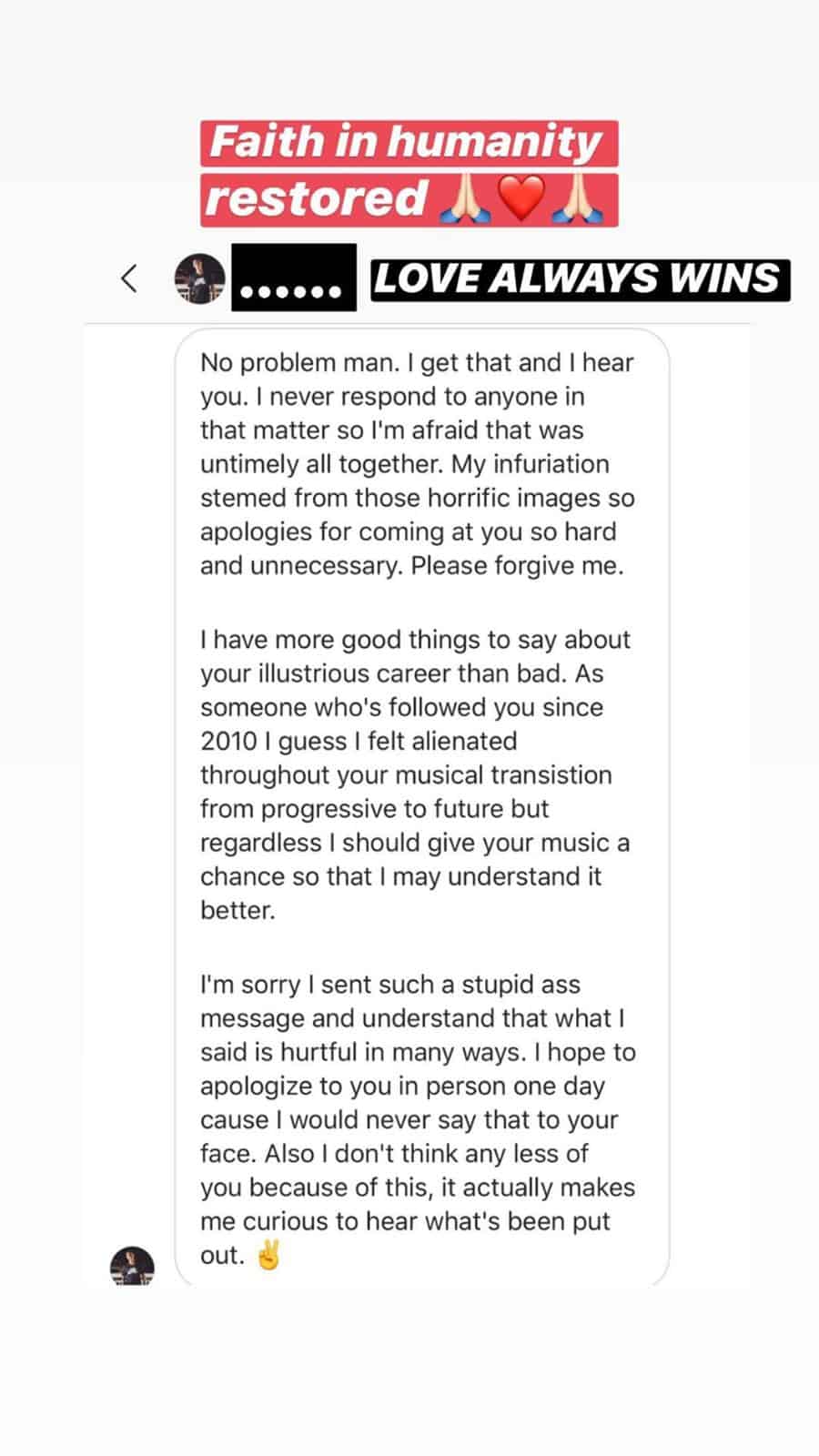 Making him understand that words have actions – especially negative ones – this story thankfully has a happy ending with a sincere apology being written back to Don Diablo and the pair sorted out their differences. With Don deciding to post all of this on his story, it will hopefully make people think twice before they send hate to artists because although they seem unreachable, they are humans too and deserve love.