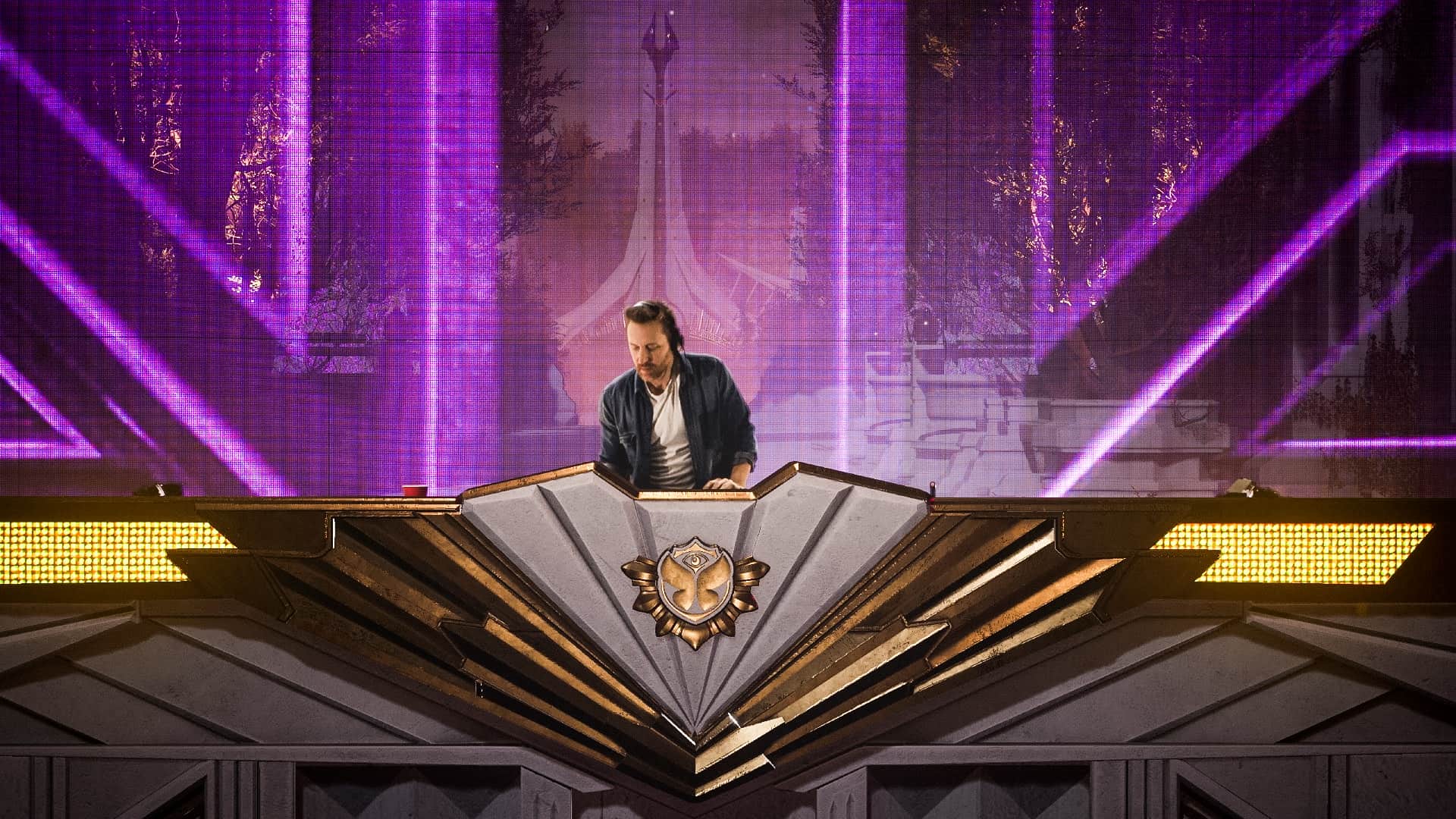 David Guetta impresses with incredible Tomorrowland Around The World set

As viewers from all over the world tuned in to Tomorrowland Around The World this weekend, one of the most anticipated performances was David Guetta‘s mainstage appearance. Adding to the excitement even further, the man himself proclaimed that his set would feature 90% new music. Where David Guetta is concerned, new music is always an exciting prospect, as the Frenchman continuously pushes genre boundaries to establish new sounds, particularly alongside his recent co-collaborator Morten.

Using the world’s most advanced 3D mapping technology, Tomorrowland delighted virtual visitors throughout the weekend with performances from many of the industry’s greatest artists. Set in a completely virtual world with a variety of different stages, Tomorrowland Around The World truly pushed the boundaries with regard to virtual festivals. It is clear just how much hard work went into this virtual extravaganza, with Tomorrowland having set the bar incredibly high for online festivals in the future.

Following an incredible performance under his Jack Back moniker on the previous night, David Guetta took to the mainstage to unveil a breathtaking set filled with new IDs. In fact, the whole performance effortlessly infused many of Guetta’s best-loved classic anthems alongside new music, jumping from one top quality mashup to the next. Revisiting long-time classics such as ‘Titanium‘, ‘Memories‘, ‘Love Is Gone‘ and ‘Play Hard‘, David Guetta truly catered to his long-term fans. These iconic anthems were fused with a plethora of more recent releases like ‘Bombardment‘, ‘Kill Me Slow‘ and ‘Odyssey‘ from his ‘New Rave‘ EP alongside Morten, as well as a vast array of brand new IDs. The whole set effortlessly walked the line between classic and current, seeing David Guetta curate a spellbinding selection of crowd-pleasers that provoked a momentous reaction around the globe.

Tomorrowland sets will be relivable for ticketholders from 29th July, check out the tracklist for David Guetta’s set here.

See you on the Mainstage at 11pm CEST!! @tomorrowland https://t.co/km4rnLdfu6 pic.twitter.com/J37lhkdwHA