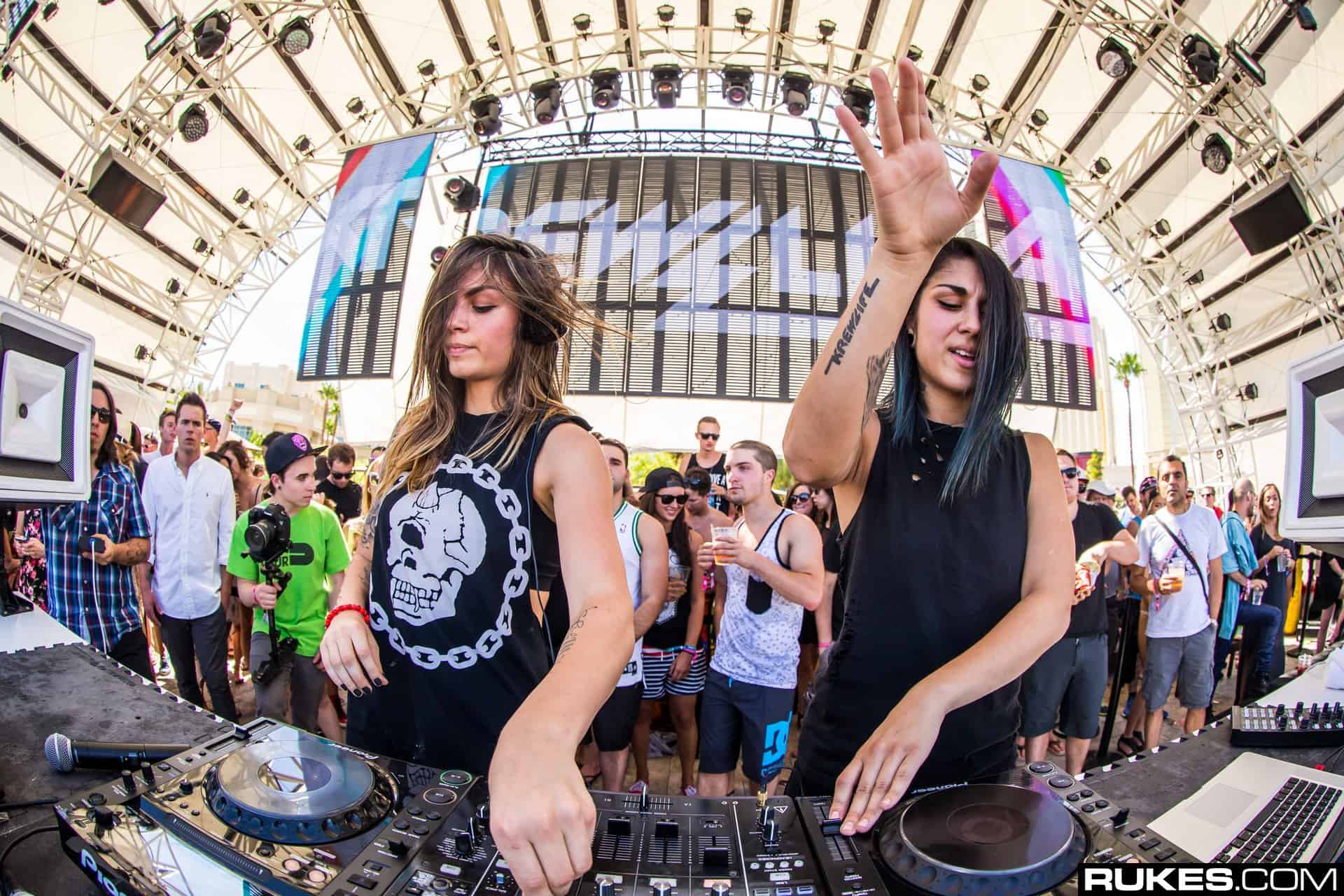 Krewella have proven that anything is possible by devoting consistent time and energy into your craft. As the sisters Jahan and Yasmine largely credit their multi-ethnic background for their diversified tastes in music today, these producers accomplishments go off the table which include being featured on Forbes’ 30 Under 30 List in music. From surprising a few lucky fans with a private performance in the MGM Grand to becoming globally recognised for their eclectic production style, the power-duo known as Krewella have continued to build their community of die-hard music lovers from around the globe. After teaming up with no other than Yellow Claw two years ago on their unique single “New World“ featuring Vava, Krewella and Yellow Claw are back for more as they provide their fans a chance to go back in time with the release of “Rewind“.

As high-spirited percussions intertwined with powerful vocals, Krewella connect with their listeners by asking if they ever “feel like time just flies.” Leading into a fury of drum claps and stargazing melodies, a slow-tempo electrified drop pacifies listeners and reminds them to appreciate yourself moving forward and become the better “you” in life. As Krewella shares:

“We wrote ‘Rewind’ about the bittersweet feeling of losing yourself in memories. How moments and emotions seem to vanish in the blink of an eye, and suddenly it’s a month, a year, sometimes a decade later, and you feel like everything you’ve experienced is a fictional story. The “you” from the past is a familiar stranger. You’re sad that it’s all gone, but happy that it led you to where you are right now. They say nostalgia is like a drug, likely because it’s so easy to get stuck in the past, but this song is about letting yourself slip into it knowingly and enjoy it with reckless abandon.”

Accompanied by a eye-catching music video featuring both Krewella and Yellow Claw dropping some dance moves, those die-hard fans of Yellow Claw are immediately satisfied as their trap signature surprises listeners during the best timing. If one thing is for sure, this catchy single is about to be on “Rewind” all summer long.