Top 10: DJs who smashed 2020 despite Coronavirus

With 2020 completely devoid of major festivals and club nights, the pandemic has hit the electronic music industry harder than most, with live events facing continuous cancellations and postponements throughout the course of the COVID-plagued year. However, in the only way it knows, the dance community has hit back strongly, finding new ways to rave safely from the comfort of their own homes thanks to events like ‘Creamfields House Party’, ‘Tomorrowland: Around The World’, and the ‘EDC Las Vegas Virtual Rave-A-Thon’. Whilst many DJs have utilised apps like Twitch and YouTube to bring dynamic sets to the living rooms of fans globally, many others have disappeared off the radar altogether. With that in mind, We Rave You analyse the events of this year’s calendar so far, and take a look at those artists whose stock has actually soared, despite the pandemic…

DAVID GUETTA
On the night his bronze medal was announced in the DJ Mag Top 100 2019 poll – his highest ranking in 9 years – French legend David Guetta gave a glimpse of what was to come in the next 365 days, dropping a range of dark IDs during a scintillating performance at AMF. With the world clamouring for the release of several of the hotly anticipated tracks, Guetta carried on in the same rich vein of form throughout 2020, fundraising raising millions of dollars for the World Health Organisation through his worldwide streams ‘United at Home‘, in Miami and New York – the latter at the top of the iconic Rockefeller Center. Throw his new synthwave-inspired Sia collab and a range of ‘Future Rave’ releases into the mix, including MORTEN collaborations ‘Kill Me Slow’, ‘Nothing’, ‘Detroit 3AM’ and ‘Make It To Heaven’, and Guetta’s career U-turn is set for completion. A true legend who – alongside his Jack Back alias – has reinvented his sound, to become more relevant than ever. 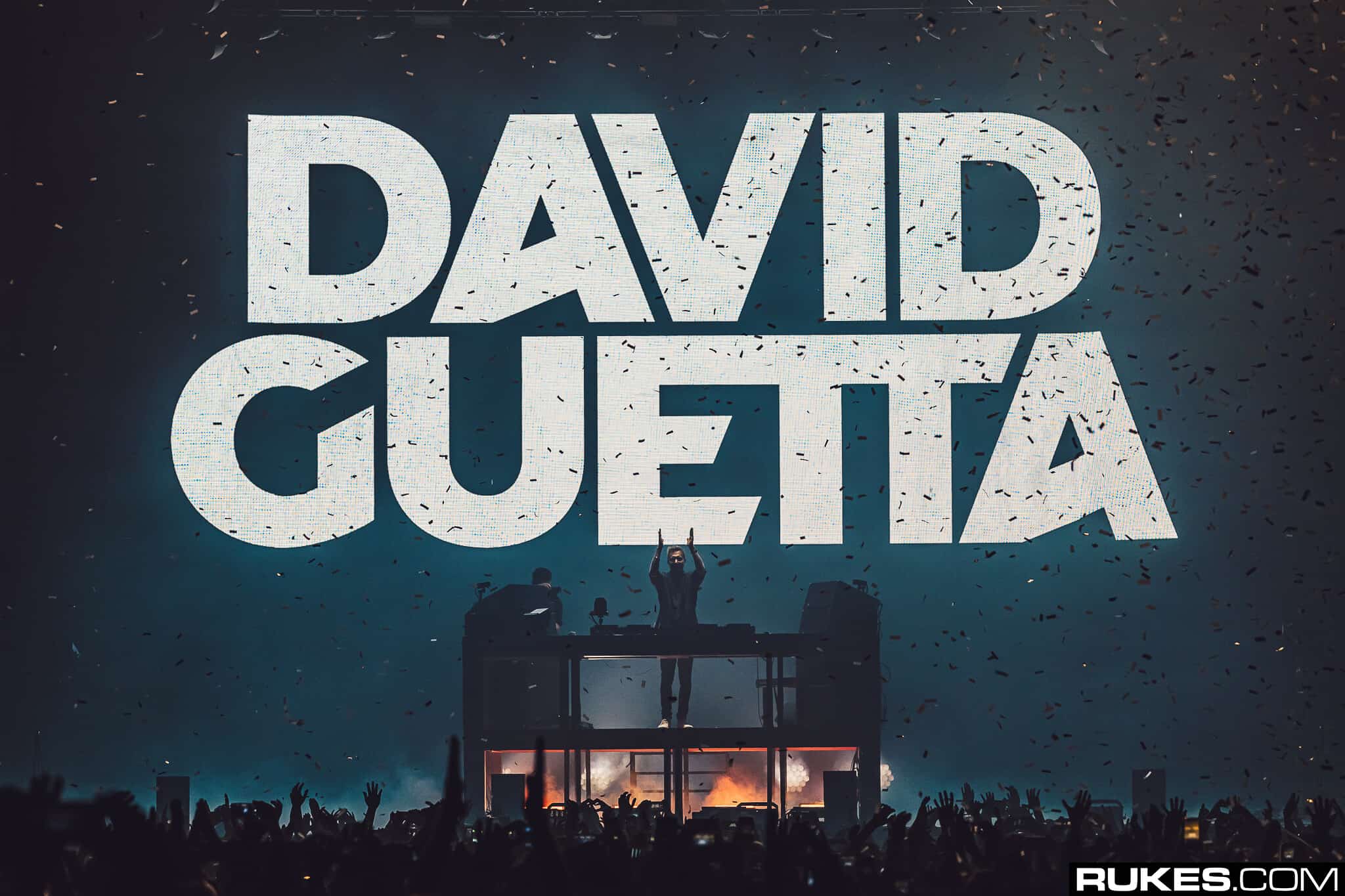 OLIVER HELDENS
It’s hard to know where to start when assessing the past 12 months for Oliver Heldens, such is the magnitude of the Heldeep maestro’s accomplishments. On the release radar, the biggest year of Oli’s career to date was kickstarted by Riton collab ‘Turn Me On‘, which became the number #1 trending track in the UK, before a flurry of further bangers arrived in the shape of ‘Lift Me Up’, ‘Aquarius’, ‘The G.O.A.T’, ‘Take A Chance’, ‘Details’, ‘Rave Machine’, ‘Break This Habit’, and ‘Somebody’, as well as remixes for Justin Timberlake, Katy Perry, Solardo & Paul Woolford and his HI-LO alias tracks such as ‘Kronos’, ‘Zeus’ and ‘Poseidon’. With Beatport stats showing Heldens as the biggest-selling electronic artist of the past 12 months, a debut album in the pipeline, and several superb livestream sets (including the below from the Royal Concertgebouw) tucked under his belt, this is the year when Oli really hit new heights!

MORTEN
A name that’s floated around the industry for the best part of a decade, MORTEN (or ‘Morten Breum‘ as he was previously titled), was best known by electronic fans as the man responsible for ‘Beautiful Heartbeat‘, which later received a mesmeric remix from Avicii. That was until 2019, when MORTEN’s name started popping up alongside David Guetta on numerous singles and remixes, including the aforementioned’s ‘Heaven’ feat. Coldplay frontman Chris Martin. The duo’s bromance soon started to spill over into the studio, where they coined the ‘Future Rave’ genre, even releasing a 4-track collaborative EP. Thanks to massive anthems like ‘Polar‘, MORTEN is now a household name!

ALISON WONDERLAND
If the common accusation thrown around regarding aspiring female DJs is that there aren’t enough of their same-sex peers to look up to, then seek no further than the Australian juggernaut Alison Wonderland. Alongside her singles ‘Bad Things‘, Chet Porter collaboration ‘Bummed’, and Dillon Francis team-up ‘Lost My Mind’, Alison has continues to dominate the worlds of dubstep, trap, bass, and all things American-focused, receiving a wealth of acclaim for her live-streamed set at Digital Mirage Festival. After starting her own ‘How to DJ‘ series on YouTube this year, she’s certainly not let the pandemic spoil her 2020!

W&W
Whilst many acts have faded into darkness during the pandemic, others have used this opportunity to build their brand and grasp the proverbial by the horns. One particular pairing who certainly fall into the latter category is Dutch duo W&W. After a barnstorming set at AMF 2019, the pair have taken their ‘Rave Culture’ concept to new levels, even debuting an innovative virtual reality livestream. “We planned it for over 2 months,” said W&W. “Since the COVID-19 pandemic began, we were preparing all the visuals and effects etc. We saw a little bit of what the plan was with the visuals, but we’re still super amazed by how it actually looked, hats off to the production team!”

CHARLOTTE DE WITTE
Whilst many outlets in the world of dance music tend to focus on EDM, House, Trance, Big-Room, and more commercially-leaning tones, one woman who has found her way into just about every headline in the past year is Charlotte De Witte. Cementing her place as the new ‘Queen of Techno‘, De Witte’s gruff industrial beats have seen the Belgian spinner continue her meteoric rise, previously playing the Tomorrowland main-stage and becoming a resident on BBC Radio 1. Her new label – which launched with a collaborative EP of warehouse-ready stompers alongside Chris Liebing – is “one of my biggest achievements” says De Witte. 2020 was the year when this inspirational female figure really put herself in the A-List of the dance music elite! 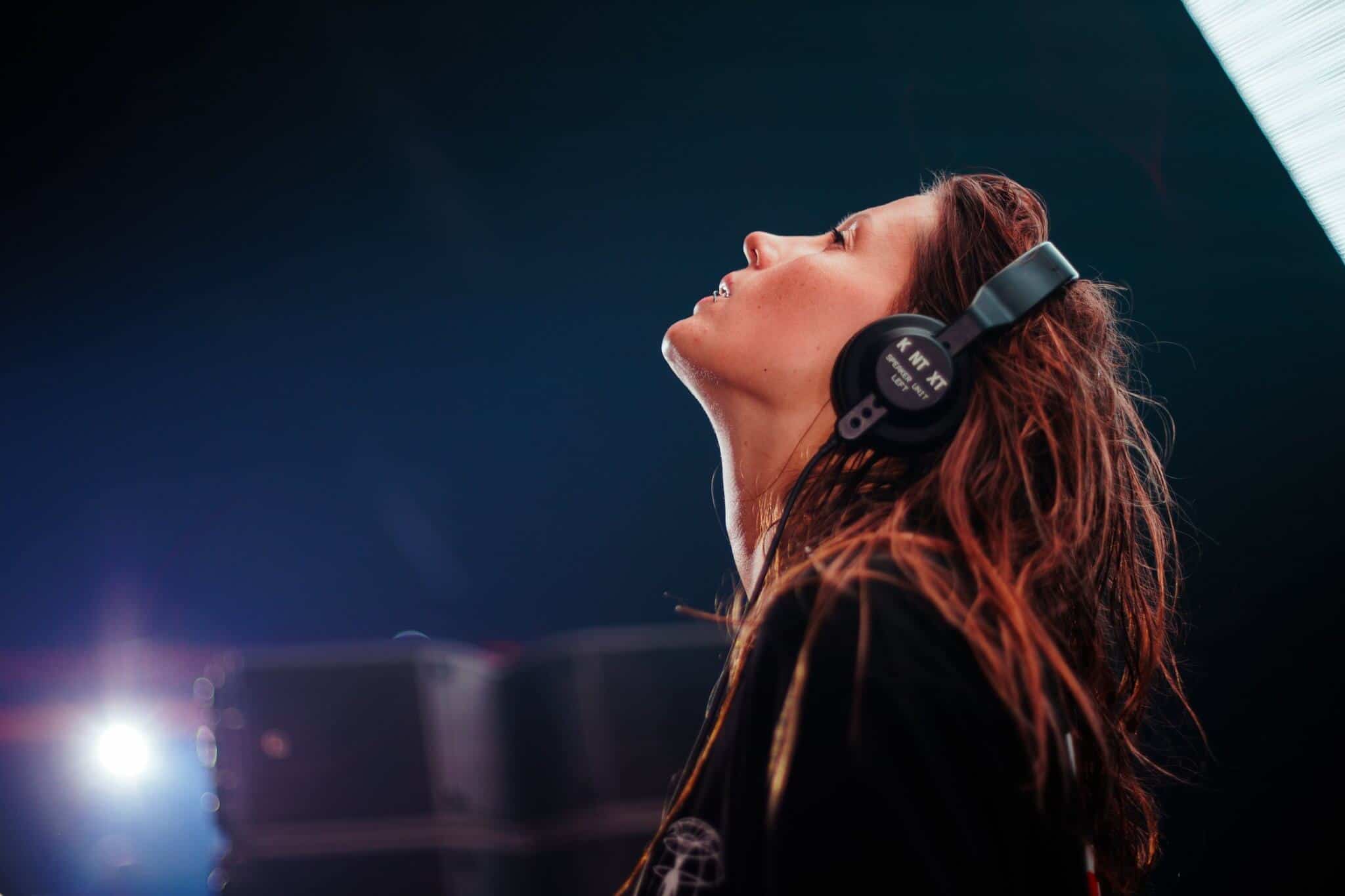 DASH BERLIN
Whilst many DJs avoided the concept of live-streaming altogether during lockdown, one who certainly embraced it was Dutch powerhouse Jeffrey Sutorius (aka Dash Berlin) who treated fans to a live performance every day courtesy of his ‘Daily Dash’ series. Flicking through his incredibly impressive vinyl collection from the comfort of his own home, Dash – who also became ‘Daddy Dash’ following the birth of his child earlier this year – really boosted his profile and fanbase at a time when many artists went M.I.A on the decks. 2020 has been a big year for the ‘Till The Sky Falls Down‘ superstar.

LOVE REGENERATOR (aka CALVIN HARRIS)
By this point, Calvin Harris has just about ticked off every item on the ‘to do list’. Whether it’s dating Taylor Swift, collaborating with Rihanna, or earning a multi-million pound Las Vegas residency, the British producer really is a modern legend of the music world. Therefore, it was hugely refreshing to see Calvin take things back to his roots in 2020, debuting his Love Regenerator alias on a special livestream for Defected Records during their virtual festival. The move was made all the more sweet by a poignant post on social media which showed a hand-written letter which a teenage Calvin once sent to Defected boss Simon Dunmore when sending off his first ever demo. Throw in magic like ‘Live Without Your Love’, and in Love Regenerator, Calvin has found a creative new way to still re-energise his approach in the studio.

CARL COX
Oh yes, oh yes! If there’s anyone who knows how to adapt to an unprecedented situation, it’s the King of techno, Carl Cox! Since the closure of his beloved Ibiza superclub Space in 2016, Coxy has been warming our cockles via range of various performances, including his mesmeric set at London‘s Steel Yard in May 2019. But with the lockdown kicking in, the Brit launched his ‘Cabin Fever‘ sessions, showing us his pantheon of records from his vinyl collection during a range of special broadcasts. Whether a fan of the more commercial or underground tones, 2020 was the year that we realised both men and women love big Cox, and his even bigger tunes!

ABOVE & BEYOND
By their own impeccable standards, 2020 got off to a fairly dismal start for prog-trance trio Above & Beyond, with the sad news that their very own Paavo Siljamaki was battling a particularly nasty strain of the dreaded COVID-19 virus. But as the Anjunafamily rallied around their hero with thoughts, prayers and positive vibes, the Anjunabeats giants were busy knocking out more fire in the studio thanks to the long-awaited fan favourite ‘Reverie’, as well as  ‘Jam’, ‘Blue Monday’, and the aptly-named ‘We’re All In This Together’ which became a slogan for the nation. By the time their special ABGT 400 set was broadcast live from the River Thames – via the release(s) of their Club Mix Collection, and Flow State Meditation albums – Paavo was full recovered and once again fit enough to join Tony and Jono for an emotional evening, celebrating 20 years of all things Anjuna.

Image Credit: Above & Beyond Press / Provided by Creamfields PR