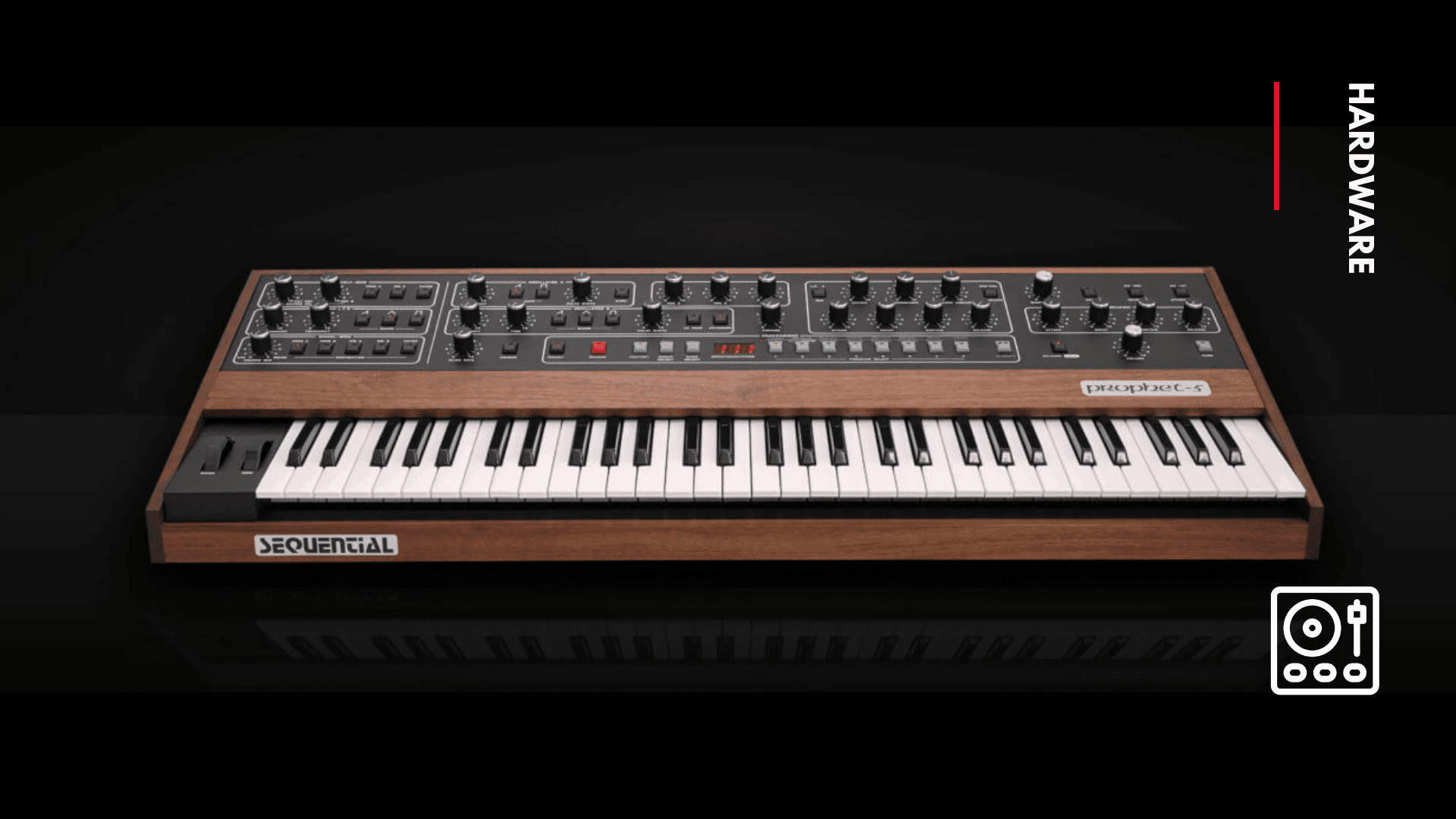 In 1978, when the synthesizer was quickly overtaking the electric guitar as the hottest instrument in popular music, Sequential Circuits released the now-legendary Prophet 5, the world’s first programmable poly-synth. Despite ending production in 1984, it has retained its popularity on the second-hand market as well as in various software emulations. But now, it’s back, re-created in full by Sequential and its original inventor Dave Smith.

So, what are the headlines? Well aside from the fact that you can now get your hands on a brand new Prophet 5 for the first time in over 35 years, the big question among purists is how the new version balances faithfulness to the original vs being updated for the modern age. It’s certainly clear that the purists will be happy – in terms of the signal path, the unit is a full-analog recreation of the original. Sequential even managed to source the original Curtis Electronics 3340 VCO chips for the oscillators, and there’s even better news when it comes to the recreation of the filers. The original unit went through a few revisions, with Dave Smith realising during research into the re-issue of the Prophet 5 that the Rev 1 SSI2040 filters, and the Rev 3 filters by Curtis, sounded distinctly different. The solution? They’ve included both, SSI2140 (modern-day equivalent of SSI2040) in the Rev 1/2 filter setting and the Curtis CEM 3320 in the Rev 3 filter setting, with a button to select the one you want to use. Elsewhere, the chassis is that same solid-wood and metal construction, with the layout of the knobs and controls faithful to the original design. There’s even CV and Gate in/outs for those who want to control these the old-school way.

So what’s new? Well, one of the most interesting is the inclusion of a “vintage” knob, which works along the same pattern of the different revisions of the synth. 4 is the minimum setting because this version is effectively Rev 4 of the Prophet 5, so everything is nice and tight, and functions perfectly. Go to 3, and the tuning loosens up somewhat, with full unpredictability at 2 and 1. This emulates the non-perfect tuning of analog synths, as different components often wouldn’t behave as expected as they went through a heat cycle. For more complex polyphonic sounds, this unpredictable and slightly chaotic element gives the Prophet 5 a unique and rich character. Elsewhere, there’s the addition of features that are a few decades old, but weren’t around when the original was produced, notably MIDI in/outs and velocity and aftertouch buttons. There’s also the addition of a USB port, and the number of onboard presets has increased from 40 to 200 factory settings, with a further 200 user preset slots to boot. And are five voices not enough? Well, there’s also a Prophet 10 being released, which includes 10 voices in return for a little more cash.

As the Prophet 5 is designed and assembled in San Francisco, a lot of it presumably by hand, this is far from a mass-produced consumer product, so it’s only fair to expect the price to be substantial. At $3,499 for the Prophet 5 and $4,299 for the Prophet 10, it isn’t what you’d call cheap, but when you consider that a global search for an original on eBay right now turns up just four examples for sale ranging between £6,000 and £9,000, it’s something of a bargain.

Find out more about the Prophet 5 via their website here.

Read next: Varia Instruments RDM40 is an upcoming rotary mixer that’s as much art as science