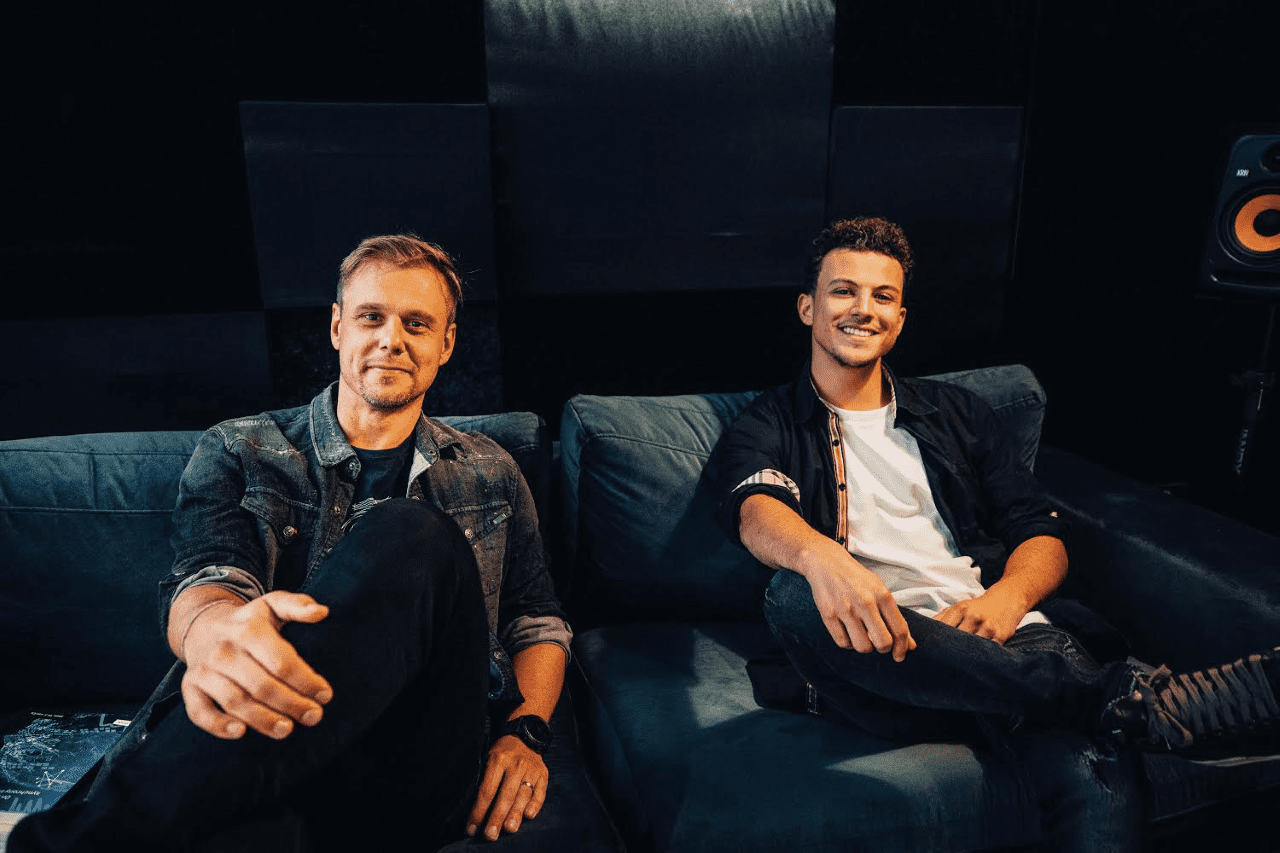 A star on the rise, Valentijn Hoogwerf also known as Avalan, is dominating the scene right now. With collaborations with the likes of Armin van Buuren and opening up the AMF 2020 show (where his track ‘World We Know’ was part of the official AMF 2020 anthem in the form of the Alterboyz remix), he is an unstoppable force of nature right now. The Amsterdam-born producer developed his love for music at a young age, and when he began exploring the piano and guitar, it was then that his musical skills started to shape and develop. First beginning to step into the limelight in 2018, where he performed an incredible set for eager fans at AMF in 2018, he then spent a lot of time in the studio which eventually lead to his collaboration ‘Sucker For Love’ with Armin on the ‘Balance’ album. With an incredible year ahead of him as we go into 2021, he’s ending the year on a high in the form of a brand new collaboration with Armin van Buuren. We spoke to Avalan to get all the details on the single, and what he’s been up to lately.

2020 wasn’t what we all expected it would be but it still seems to have been an incredible year for you. Looking back, what do you think of all the responses to your music and opportunities that have come your way this year?

It’s all been really overwhelming. I feel really happy and blessed with what the year has brought to me. 2020 started with me with an incredible USA bus tour to celebrate and showcase the birth of Armin van Buuren’s album ‘Balance’. It was a dream come true to be part of that experience. After that we had to pretty much go straight into lockdown, which, I’m not gonna lie, was hard. It’s just so intense to be forced to give up your freedom, your life is literally turned upside down. However it did make room for a lot of creativity. Where I’d normally get inspiration from travelling and experiencing new things, I’d now learned to really get it from just being a tourist in my own country by going into nature and discovering new places I’d never seen before. I would take that inspiration back to the studio where I’d have zoom sessions with writers and producers to keep the momentum of building tracks going. I made so much music which resulted in me being able to hit so many milestones this year. Something I’m really proud of. I was able to put my first solo single ‘World We Know’ out on all platforms. It was a scary thing but the amount of positive and sweet messages I’ve got feels truly special.

The Alterboyz Festival remix of your powerful track ‘World We Know’ has been chosen as the official AMF 2020 anthem. How did that come about?

I’ve known Alterboyz for a couple of years now and honestly think that they’re one of the most talented undiscovered progressive house producers out there. I asked them if they wanna make something big with me by remixing this song. The remix was done so fast as we both knew exactly which way to go with it. I love working with the guys as it musically just clicks.

When you created ‘World We Know’, what was your inspiration? What did you want to achieve with this track?

This year hasn’t been easy for us dealing with the pandemic. Everybody had to do a step back and had to face social distancing. I wanted to give people some inspiration and a good feeling describing the current situation and mentioning how I’m convinced that it’s a matter of time till things are slowly opening up again and our world will go back to normal.

You also got to premiere the track at the virtual edition of AMF too. How was it to perform without an audience?

It was incredible. Even though it’s so different from anything I was used to. It’s definitely the by far the biggest venue I played and an empty arena totally fit the vibe of the song I was singing. I couldn’t have dreamt about a better venue to be able to sing this intimate and emotional song.

Onto more big things now. With the release of your newest single, you teamed up with Armin van Buuren again. How did the collaboration happen? What is it like to work with Armin and how do you work together?

It’s such a sick story! We were at the venue in Phoenix during the Balance Tour and there happened to be a piano in our dressing room. I told Sam about my relationship and personal stuff I was dealing with whilst being on tour. We immediately sat down to to turn these feelings into a song. 30 minutes into the session Armin and Max Matluck came in and loved the concept we started and helped finishing it. After we came back from touring Armin sent me the first demo and it sounded soooo good. The week after, we planned a studio session to add the last few things the record needed and that was it!

Finally, what can we expect from you going into 2021? Is there any projects or new music you can tell us about?

Just lots of music! I have made a lot of music over the past 2 years and I will be carefully selecting which songs to put out in 2021. Also we’ve got a few really cool collabs coming, unfortunately I can’t say much about it yet…  I might also drop my first album/EP somewhere in 2021. I’m really stoked for all that’s coming and can’t wait to share more with you.

Avalan is firing on all cylinders! It’s going to be a big year for the artist, and you’re definitely going to be hearing the name Avalan a lot. For now, you can listen to ‘Should I Wait’ with Armin van Buuren below.