Above & Beyond announce ABGT450 in London this August

As the UK sees the light at the end of the tunnel in regards to events being allowed once again, events are being announced and everyone is getting into the spirit. With events such as Creamfields selling out, and major venues like Printworks announcing dates, excitingly Above & Beyond are also giving us something to look forward to, and it’s huge.

Teasing an announcement for August 14 and 15, they have now confirmed that their famed ABGT (Group Therapy) event is coming back to their hometown of London for a special outdoor event. ABGT450 will be very special, taking place on Saturday August 14, at The Drumsheds (a venue from the creators of Printworks). Unfortunately because of the Covid-19 pandemic, ABGT400 had to take place in the form of a livestream. Going live from The River Thames during a very special four hour broadcast, ABG450 will make up for what couldn’t happen last year.

Previously, they’ve hosted such ABGT events in London, like ABGT050 at the esteemed venue Alexandra Palace, and this one is set to be one of the most special events yet. Always bringing everything they have when they play in London, this will be a family affair and will not doubt feature some very special Anjuna guests to entertain fans before the trio take to the stage.

Pre-sale opens up to fans on Thursday 25 March, and registering through the form on their website here will give you access to pre-sale tickets for Anjunadeep Open Air: London which will take place the day after, on August 15. 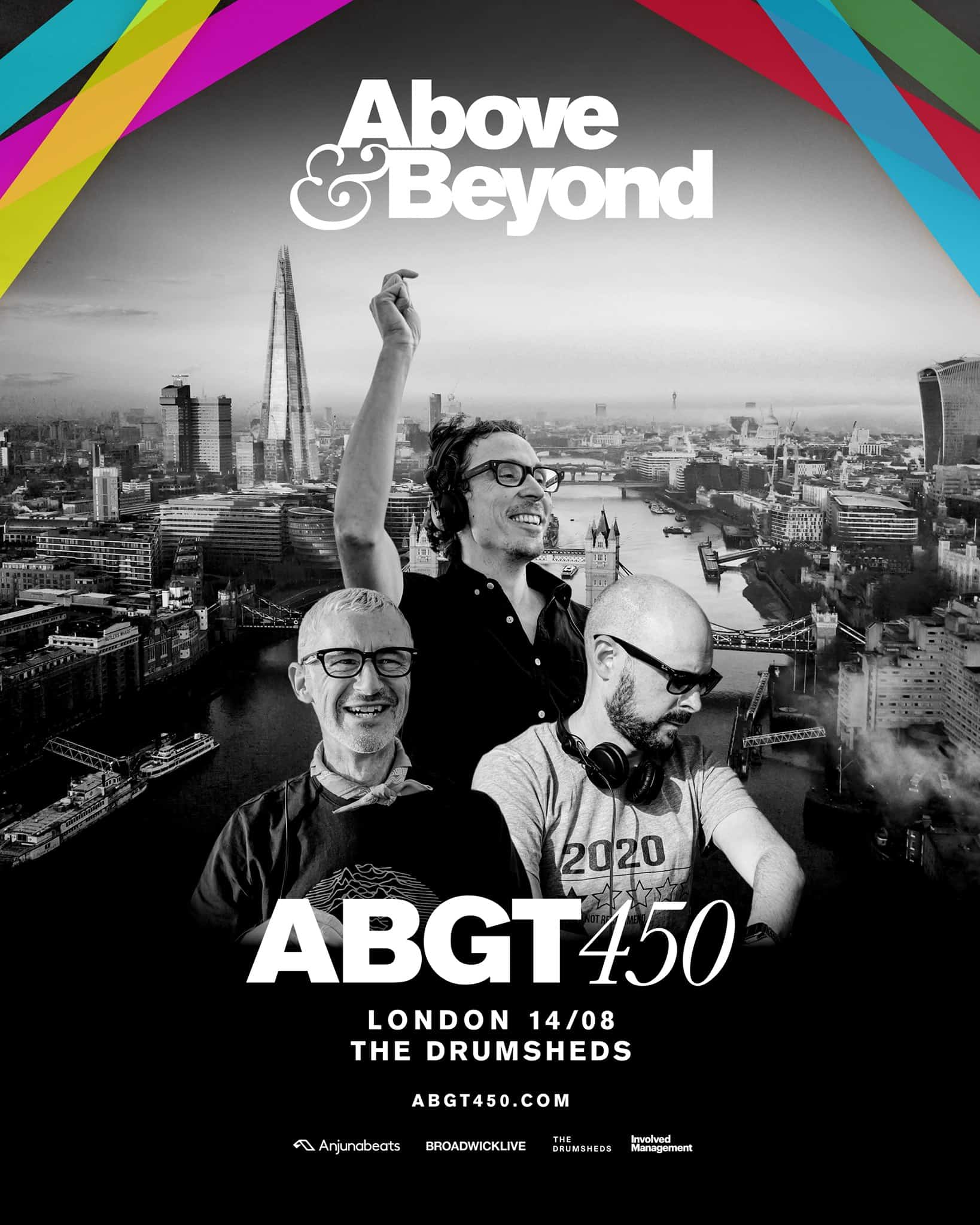