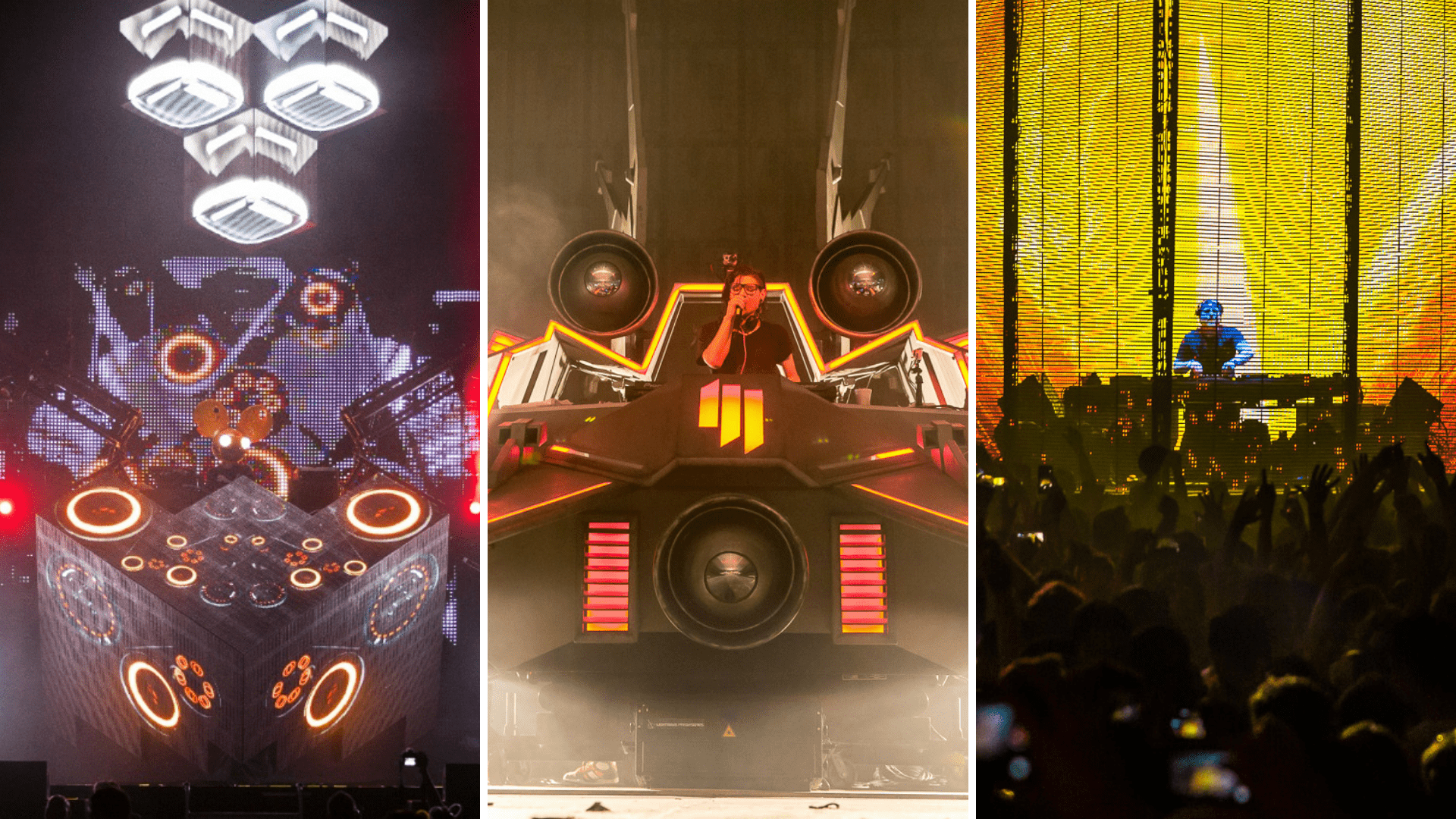 Over the years, live electronic music has brought us some iconic moments and performances, and those iconic moments and performances have also come hand in hand with iconic and unforgettable stage designs. Stage designs play a massive part in the overall experience and immersion of the live performance, and play just as important of a role as the DJ themselves and the tracks they play out. Great stage designs are those that are so unique and iconic that they stand the test of time, and have never been done before. In celebration of the innovative talents that the electronic community hosts, we’re looking back upon some of the most iconic stage designs that we have ever seen.

For Eric Prydz, iconic stage designs come with the territory of going to one of his shows, and it is not a question of whether he will bring something new and mind-blowing to the stage, but rather what exactly it will be. Over the years, Prydz has innovated stage designs as we know it thanks to his HOLO concept and EPIC shows, using holograms to create visuals that appear to pop out at the crowd, looking three dimensional. His Holosphere (EPIC 6.0) was his most ambitious and complex design yet. Situating himself in an eight-metre-wide ball, when he debuted it at Tomorrowland in 2019, they had to completely redesign the stage to accommodate its sheer size. Boasting a size of more than two stories tall, over 2.4 million LEDs, 72 handmade panels, 17,840 LED strips, 545 lighting fixtures, 5 tonnes of weight, 301 square metres of LED panels and more, this took a team of experts to bring together. The show design was all possible thanks to Liam Tomaszewski, Ross Chapple, Mark Calvert, Dave Green and Bryn Williams.

The cube is an iconic stage design by deadmau5 which has gone through many changes over the years ever since its inception in 2010 at Coachella. Inspired by not wanting to do a performance that was just him standing behind decks, he took this cube idea and developed it over the years. 2016 saw the reveal of Cube 2.0, which had three surfaces which were individually controlled by robotic arms, clearly showcasing that he had levelled up his game even further.