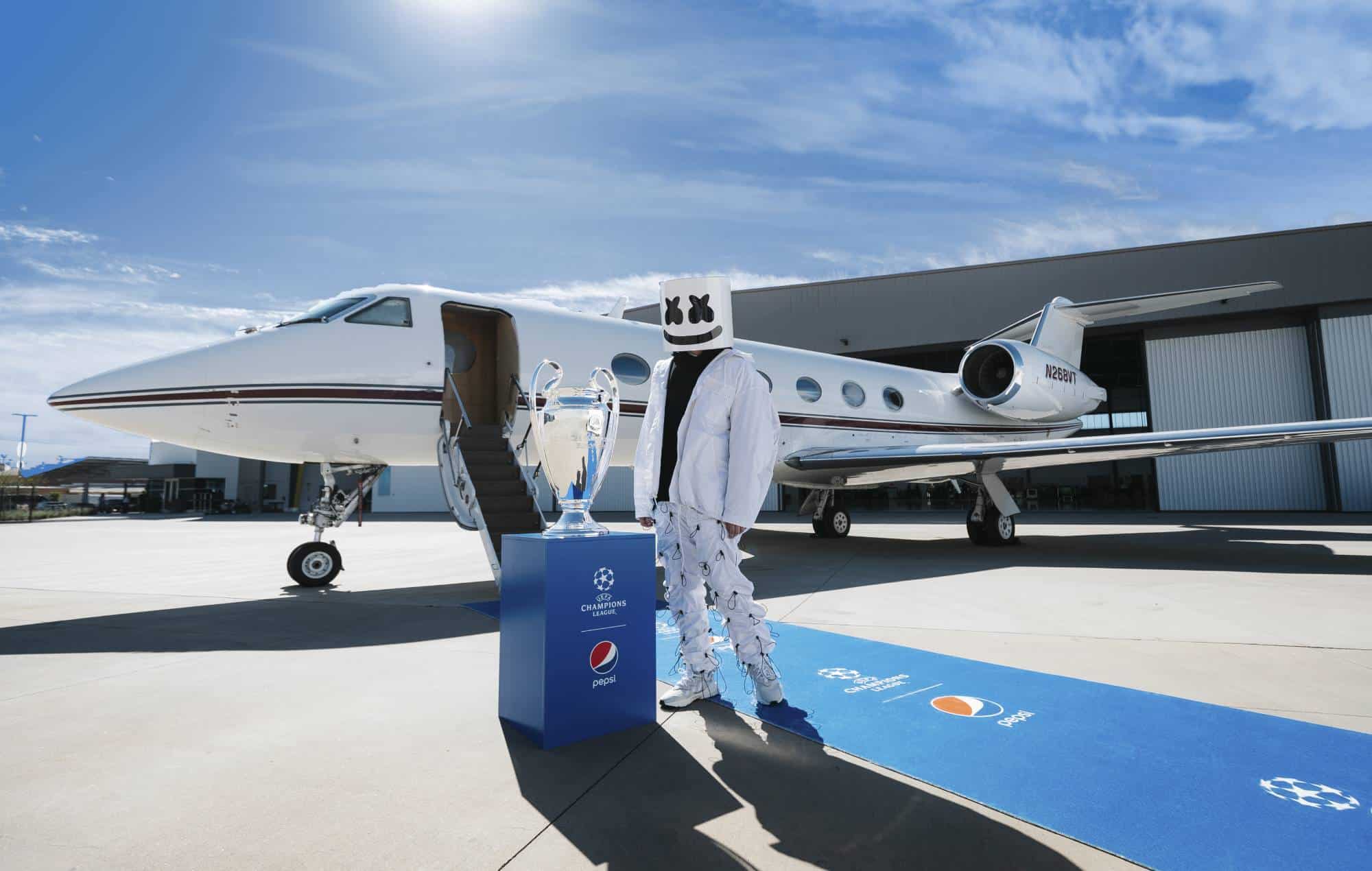 Marshmello will perform at UEFA Champions Final this month

Making history as the first electronic producer to play at this event, Marshmello will perform at this year’s UEFA Champions Final on May 29. It will be a virtual performance for everyone watching at home that cannot make it out to Portugal (one of the countries that the UK has recently green lit for travel without quarantine starting from yesterday, May 17), but it will still make for spectacular viewing as the six-minute performance looks to break boundaries with Marshmello opening before the match between Manchester City and Chelsea takes place.

Taking place on May 29 at Porto’s Estádio do Dragão, the performance and full match (in conjunction with Pepsi) will be televised to more than 200 countries and will be one of the most watched sporting events in history. The masked producer joins the likes of predecessors Imagine Dragons, Alicia Keys and Dua Lipa who have all performed at previous games.

With both teams being from England, the final event had to be moved to Portugal from Istanbul to ensure that UK fans (6,000 in total of each team) could still attend, as Istanbul is still on the UK’s red list countries, meaning that attending would’ve been difficult. A statement (which can be read in full here) from the UEFA reads:

‘UEFA discussed moving the match to England but, despite exhaustive efforts on the part of the Football Association and the authorities, it was not possible to achieve the necessary exemptions from UK quarantine arrangements. The Portuguese authorities and the FPF stepped in and worked quickly and seamlessly with UEFA to offer a fitting venue for the final and, as Portugal is a green list destination for England, fans and players attending the final will not have to quarantine on their return home.’

It is said that more special guests are due to be announced, but Marshmello will be front and centre. You can watch a teaser clip ahead of his performance on Saturday May 29 down below. This isn’t the only electronic involvement either, as Martin Garrix was chosen to curate the official anthem and also the walkout and broadcast music.