DJ and music producer ZHU pulls his new album ‘DREAMLAND 2021’ out of the lockdown and shares a 12-track journey inspired by the exterior of his interior. This chimerical LP was released on Friday April 30 via the ever-growing imprint Astralwerks and exposes new layers from this quirky artist.

ZHU had a dream. A fully functioning world in which dancefloors are an art gallery that displays our emotions, our true identity. A future where people are infected with feelings and dance stripped of restrictions. It sounds like a utopia or a very distant future, but it is the new album from this talented American artist. ‘DREAMLAND 2021’ is the reality born from ZHU’s imagination and presented in a collection of 12 impressive narratives. In the first person, the electronic music producer and singer says:

‘DREAMLAND 2021’ is ZHU’s third studio album, following his brilliant antecessors ‘RINGOS DESERT’ in 2018, and ‘GENERATIONWHY‘ in 2016. After all the growing hype and buzz around the release of this 12-track LP in the last few months, the anxiety was almost bursting. A long wait but totally worth it, now that you know the level of quality ZHU had in store. The desire that the Grammy-nominated producer’s fans had to be able to grab this album is proportional to the eagerness that the entire electronic music community has to dance on a dancefloor again. ‘DREAMLAND2021’ came first, but it sowed a growing hope for a bright and lurking future.

Born Steven Zhu, this multifaceted artist has always considered himself a problem solver in an unconventional and unorthodox way. Since March 2020, the world has been faced with new and challenging problems to overcome. A pandemic, escalating violence, rising racism, Asian discrimination, the suppression of freedom, digital relationships, the breakdown of collective identity, climate changes. In ‘DREAMLAND 2021’, ZHU presents an interpretation and a musical solution to many of these problems. During the forced pause in which the world seems to have lost steam, ZHU has recreated his daily life, replacing airports, consecutive gigs and a hectic schedule with something new. The pandemic led him to discover the rurality hidden beyond the city. Accompanied by his car, he travelled long distances and between livestreams discovered human and nature architecture, new airs, smells and colours. He reconnected with his fashion and even his computer games. All these spheres have shaped the concept of the album, which presents us with new sounds and facets of ZHU. Through new elements, he awakes different senses in the listeners.

Responsible for introducing the concept of the album, the first track has a dramatic melody, a deep groove and heavy-hitting bass. It’s sensual and provocative, drawing through atmospheric synths into a volcanic drop. ‘Lost It’ is a banger at birth and promises to ignite festival crowds.

This track is placed in second place probably because ZHU didn’t want to give away the pearl. ‘Distant Lights’ is powerful both in the message it contains and the perfection with which it was executed. The smoky vocals are deliciously seductive and mysterious, giving the track a cinematic character. ‘All I want to be is free’ is sung in a dramatic and suffering way, holding us to the music. ‘I don’t believe that music, dancing, the freedom of expression will be suppressed for much longer. They can’t, that’s against human nature’ is the message left by the voice that serves as an oracle and wraps up the track by predicting ‘I believe the future is near’.

Any resemblance to the heavenly weed strain of the same name may be pure coincidence. This track is perfectly harmonised and balanced, presenting a seductive and additive rhythm. The claps and crashes make it sound like a house cut, but the twisted cutoffs and buildups remind you that ZHU doesn’t do anything linear.

How Does It Feel (feat. Channel Tres)

This track is refreshing, light and breezy. The guitar chords fill it with soul and groove, but the highlight is the dialogue between the two vocalists. ZHU asks ‘How does it feel’ and Channel Tres replies ‘Tight, tight, tight…‘.

This single was already gathering admirers before the release of the album. It is a modern ballad led by ZHU’s warm vocals and the unique voice of acclaimed singer/songwriter Yuna. The energy of this track is blue. The soul cries at the same pace as the sky rains, in an engaging late-night melody.

On this track, ZHU takes on his role as singer and lets his voice be the pearl. The vocals are let fly, embellished by a beautiful piano until the rest of the composition comes in and sweeps us away. Nothing is cliché in the American producer’s work, and ‘Sweet Like Honey’ is a good example of this. The tempo jumps around making the track dynamic and surprising.

This is the sonic description of a temporary love, of the ephemeral and momentary emotions. The track features London pop trio Artic Lake and presents us with suffering female vocals embellished by soaring synthesized beats. Mercy is granted with the heavy industrial sounds and the screeching guitars that punctuate the end of the song.

‘SOCO‘ punctuates a turning point in the album’s mood. It’s a piano ballad rehabilitated by a dance beat. The subdued, melodramatic sound serves as a soundtrack to a heavy message depicting scenarios of drug addiction and prostitution. Harshness is present in ZHU’s words and beautifully paced beat. 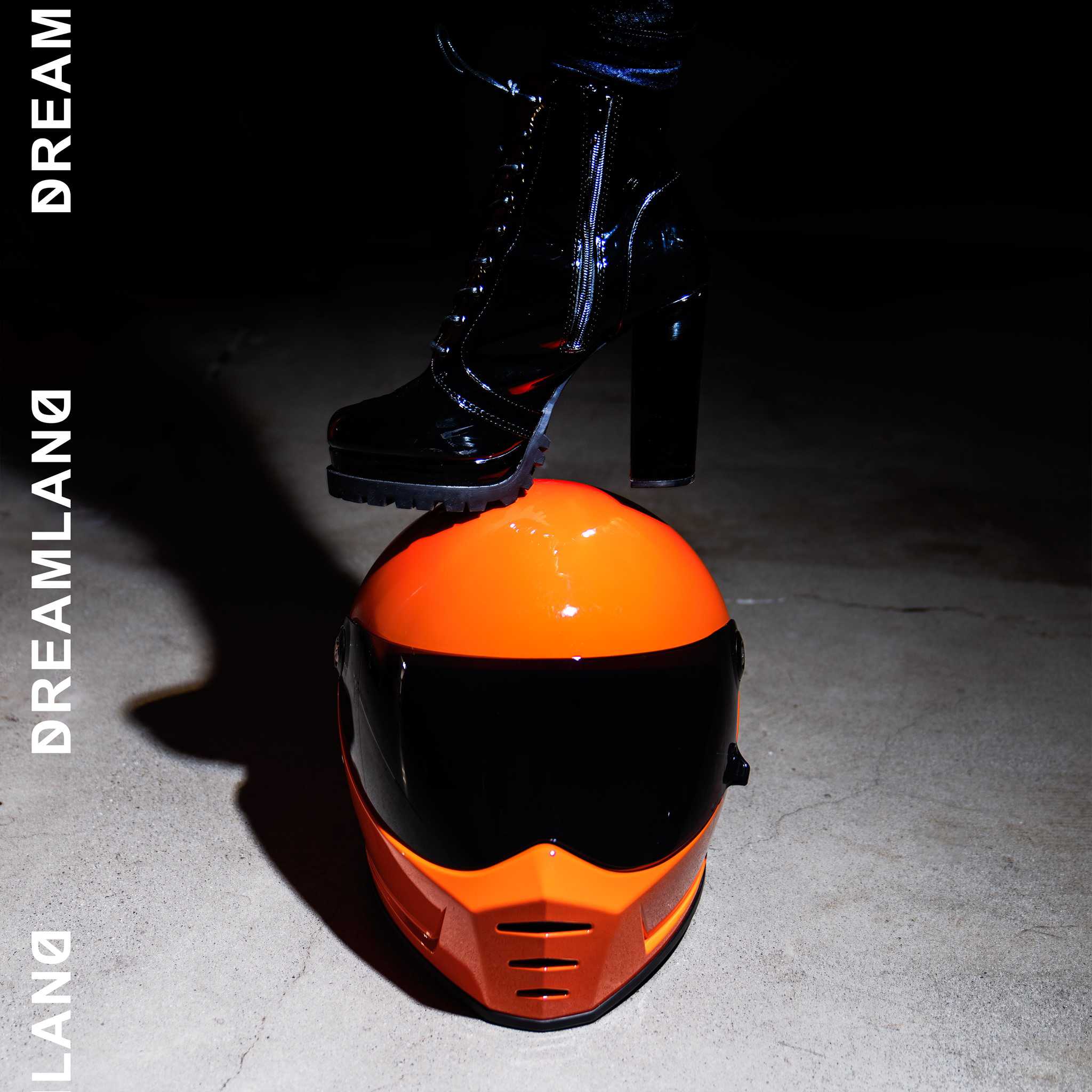 R&B infused, this track features the urbane vocals of Tinashe. Eager, restless, passionate. It’s a track that expands and doesn’t define itself in one genre, showing the mysterious side of ZHU.

In a clear homage to the iconic disco birthplace Studio 54, this track exalts dance music. It’s a modern classic, a recycling of the characteristic sounds of the discotheque vibe. This track mixes the salty vocals of disco with the hard-hitting beats of more contemporary genres. It’s not just a banger, it’s a powerful ode to dance and the dancefloor.

Deceit and mistrust are not new themes in songs, but ZHU makes it refreshing. Featuring Brooklyn rapper Kota the Friend, ‘Good4U‘ reminds us of 90s arrangements updated with a modern narrative. The change of pace catches us by surprise and forces a quicker march, an escape from an ambush.

The album closes with a wonderful downtempo specimen. This is perhaps the ‘dreamland’ that ZHU wanted to introduce us to. The varied components found in this track seem to describe the uncertainty of the times we have been living in and a search for a guiding thread or a light at the end of the tunnel. The piano notes are challenged by the distorted electronic keys, creating dichotomy, while a suffering saxophone disorients us to a gritty rhythm. It may sound confusing, but it’s oddly comforting.

Now that we’ve sizzled your appetite, listen to the album in full below: