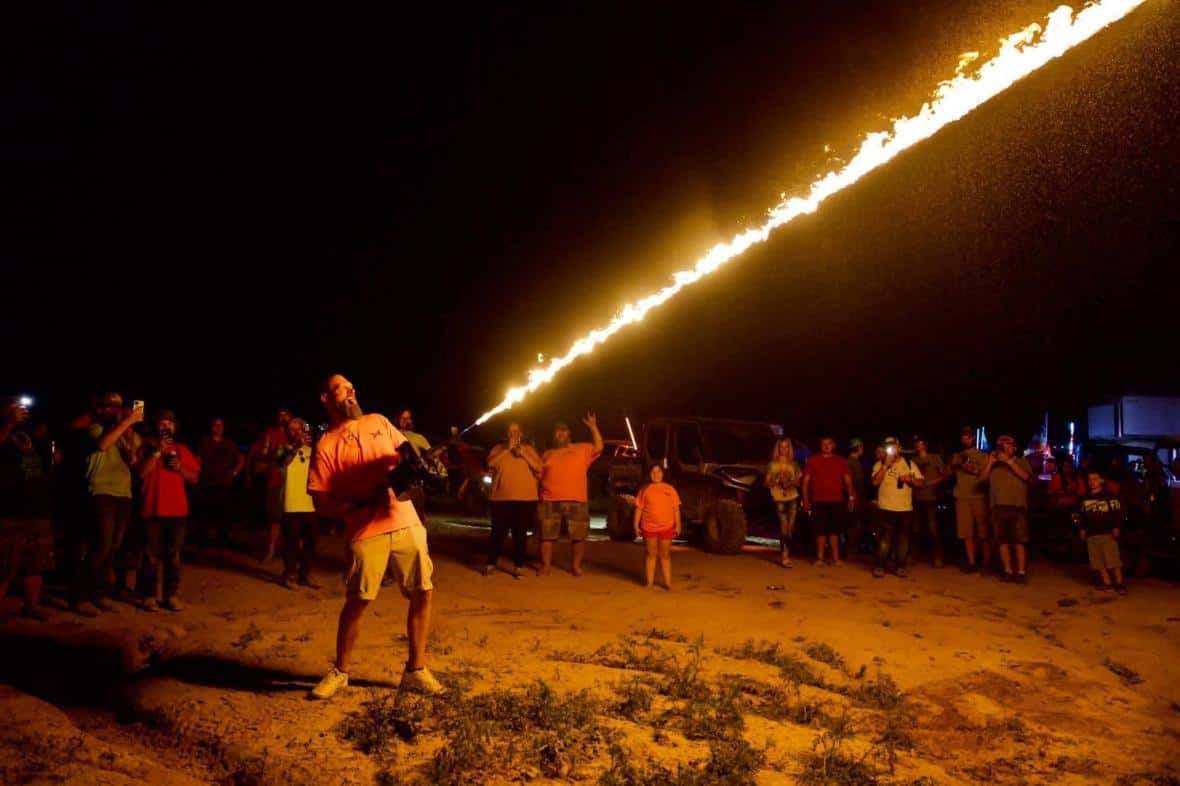 A legal and organised rave in Kentucky last weekend leads to 48 people charged and dozens injured when the “Redneck Rave” turns to complete chaos over its 5-day alcohol and drug-induced run.

The event took place at Blue Holler Offroad Park at Mammoth Cave Edmonson County and was attended by over 20,000 people. Organised by esteemed country rapper Justin Time and was described as “America’s wildest and craziest country party”. Wild seems to be an understatement as along with the live music, the event saw Goldfish racing, the world record attempt for the larges demolition derby, mud pits and sports game. The event, however, was overshadowed by a large number of injuries and violence reported in such a short space of time. Injuries include a woman being choked until passing out, a man having his throat slit by a friend after a drunken fight, and another man having a log piercing his abdomen. Most of the people in question have been treated for their injuries or arrested, however, the “friend” who slit the man’s throat is yet to be apprehended as of reporting.

The concert at Redneck Rave 2021 looked like an entire city… was the coolest thing I’ve ever seen in my life. Huge shout out to the whole crew, both Redneck Rave & Blue Holler for putting in an ungodly amount of hours working in the hot ass sun from Monday to Monday. Thank you to all the artist who rocked out on stage… Afroman showing up will forever be legendary. Thank you to the police & fire department for working with us to make every thing run as smooth as we can.

Even though it was organised, the events that took place mirror them of an illegal rave in France that saw a clash with police leading to one 22-year old man losing his hand. There are currently plans for another Redneck Rave to take place this October and if you’re interested in going check out the Facebook event here and you can see a video from the rave last weekend below.