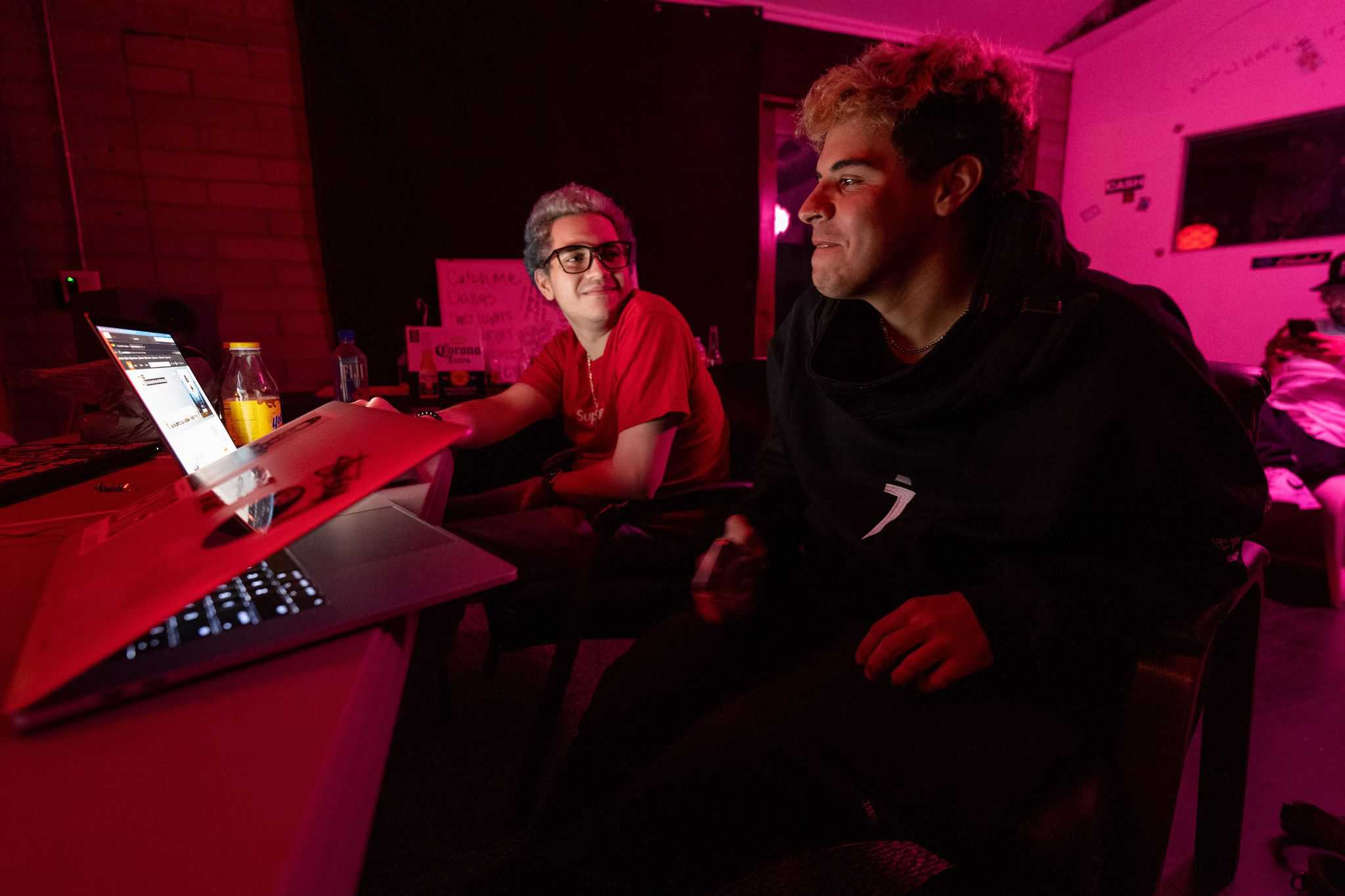 When we talk about the ultimate duo in the bass and dubstep music scene, Volt and Slushii immediately come to mind. After taking their listeners on a futuristic riddim journey with the release of “Just A Memory,” there is no stopping these two talented producers as they proving they are a true force to not take lightly. After hyping their fanbase on their social media accounts for a massive release on Welcome Records, the day has finally arrived for us to enter Slushii and Volt’s world of pure innovation and not to mention gruesome basslines. Whether they are having the best time together throwing down on stage or blessing us with a destructive new collaboration, all eyes and ears are on these two producers as “Rattle Your Bones” is a full-on bass and dubstep experience which needs to be listened to on full blast.

Are you afraid of the dark? If the answer is yes, be prepared as vocal clips of a little girl speaking alongside eerie instrumentals and door knocks become apparent. Feeling almost as if you are watching a horror movie and the floor slowly creaks, your heartbeat begins to rise as all fury breaks loose with this one. As distortion and a heavy build are insight, a menacing bass-infused drop becomes even more twisted over time. Riding the rail on mainstage would be a natural go-to for this one, but the amount of intricate details and samples on this single does not go unnoticed. Seamlessly blending dubstep and hard trap signatures, Slushii and Volt have opened their doors to a whole new world of dark bass undertones and rattling production elements. Easily a crowd favorite in 2021, Volt shares:

“How this song first came about was Slushii and I was on tour together and one night before the show in the hotel room we wrote the first drop to play at the show. Then about 3 months later I stumbled back across the project file. When I heard it I was in love again like the first time hearing it so I started on the intro. My main inspiration for this song was to make it feel like the intro of a horror movie, pulling inspiration from the movie scoring world. After a super creepy intro, we try to hit you with that mind-melting drop that is in your face.”

Listen to “Rattle Your Bones” below and let us know what you think in the comments.