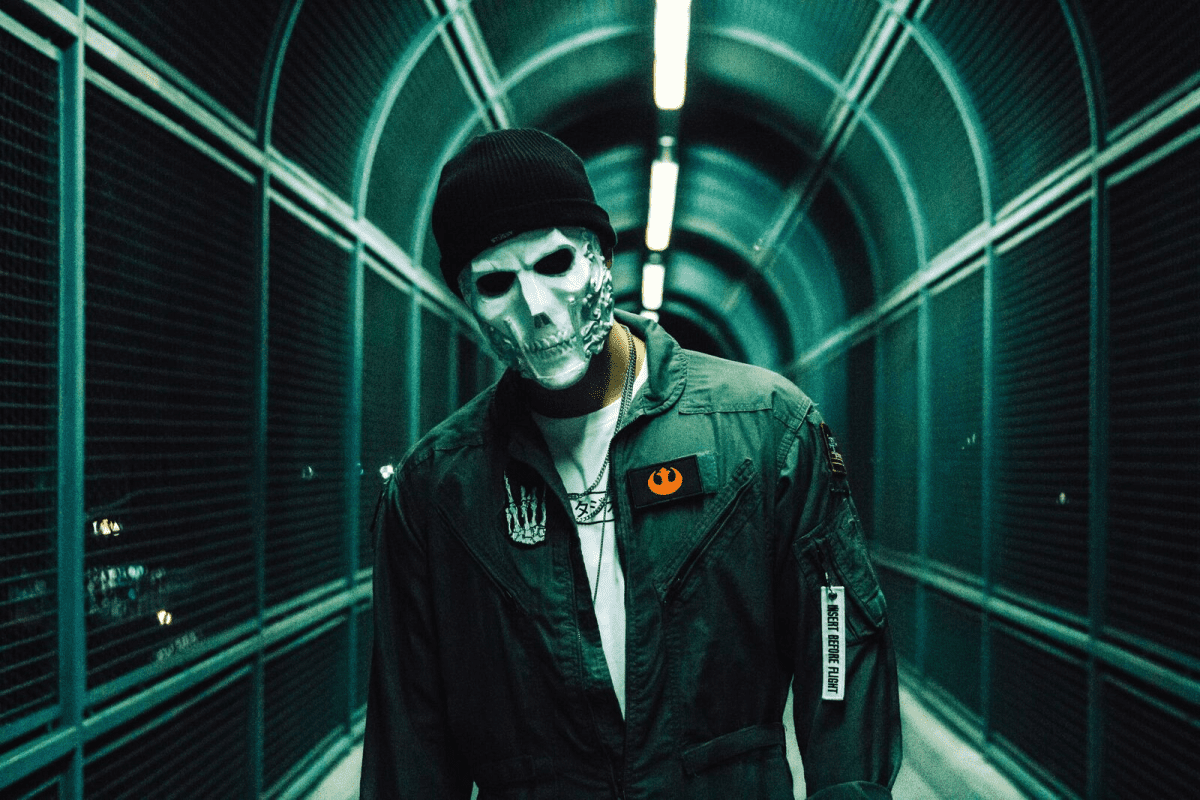 One artist has continued to expand listeners’ imaginations on what is possible in dance music. That artist goes by the name of REAPER. Over the past two years, the masked DJ has pushed the boundaries of what we know to be the sounds of drum & bass. With gritty synth leads and heavy metal-influenced guitar riffs, REAPER has taken one of the highest trending sub-genres into a lane of his own. Recently coming off the success of his‘Militia‘ EP, he has followed it with the release of his new track featuring Bella Renee titled ‘IMY’.

The track proves that not only can REAPER create records that are suited for the most loyal “bass-heads” in dance music, but that he is capable of blending emotional vocals and production with his iconic overdriven-like sound seamlessly. ‘IMY’ begins with a strong vocal deliverance from Renee. Her voice, in part, is surrounded by only a subtle bass and repeating top line. This is a new direction for the ‘Make a Move’ producer as he has been known to begin his songs with the ultimate force.

However, just like clockwork, the thundering electric guitar that REAPER has learned to incorporate masterfully over the years enters 30 seconds into the track. From there it is all systems go, the drums become more prominent and the tempo begins to speed up. Renee sings the lyrics “losing track of time, I wish that you were mine, I miss you” which incorporates the entire emotional meaning of the track. Then the drop hits. It reintroduces the listener to the gritty synths that REAPER has built his iconic sound upon. Mixed with breaks and cut time, the two drops bring an energy that can only be expressed in the world of drum & bass.

While continuing to grow a solid fan base, REAPER is experimenting with the sounds of bass music and redefining drum & bass as we know it. ‘IMY’ is just the latest example of what the DJ with the unknown identity is capable of and what the future for him and the genre itself can be.