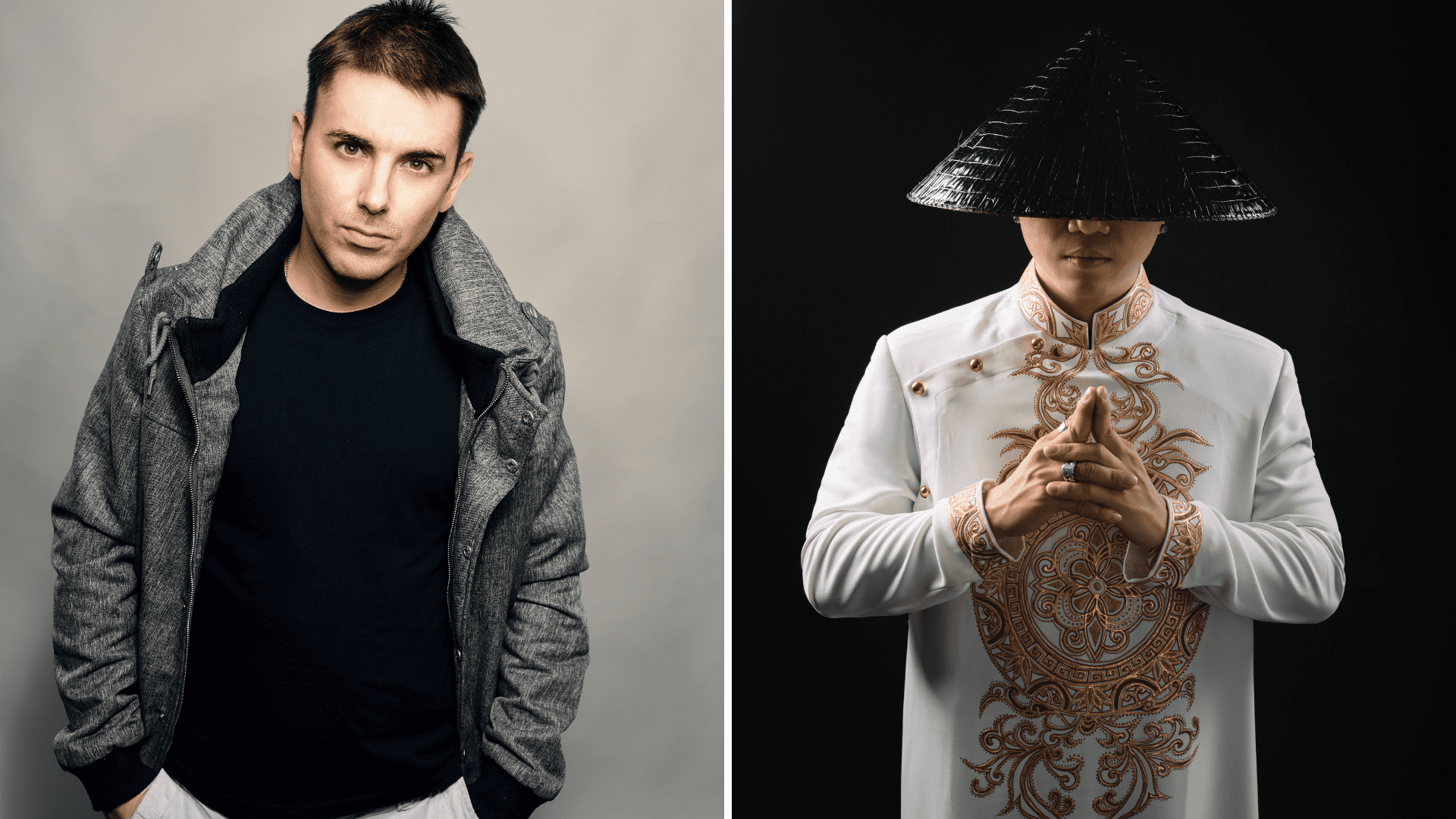 Vietnam meets London on November 19th when Vinjaz and Robi Roka drop their first collaborative track, ‘Sunset’, through Universal Music Vietnam. It’s a sure-footed dance monster that evolves from a psytrance opening on its way to a massive hardstyle drop. The track is full of pulsating bass, tribal samples, arms-in-the-air synth riffs, and feet-on-the-floor kick drum — it’s definitely one that puts you right in the main room of the club.

‘Sunset’ begins with an off-beat, pulsing bass that incorporates snatches of a vocal sample before a sample of tribal music enters the mix, leading the way to the first drop just over a minute in, but then the track takes another twist, breaking down with an almost swinging synth riff before building up and dropping straight into a filthy four-to-the-floor hardstyle beat and riff. The bass faces that this drop inspires are going to be something to behold on dancefloors and at festivals in 2022.

Vinjaz comes from Hanoi, located in Vietnam and Robi Roka was born and bred and still dwells in London. Despite a physical distance of nearly 8000 miles between the pair, they have been friends for years, and, after dropping numerous solo tracks, they’ve finally got round to making one together online.

“We don’t believe there are any boundaries between genres,” explains the pair, who cite the likes of Sikdope and Timmy Trumpet as influences in their music. “…we just tried to make something cool with a combination of psytrance and hardstyle.”

Despite making the track in their separate studios, Vinjaz and Robi Roka are both gearing up for international gigs as soon as possible. With the clubs having reopened in London, Roka has already been filling the floors and both are working on more fresh music to ensure their sets blow away the cobwebs of the last two years.